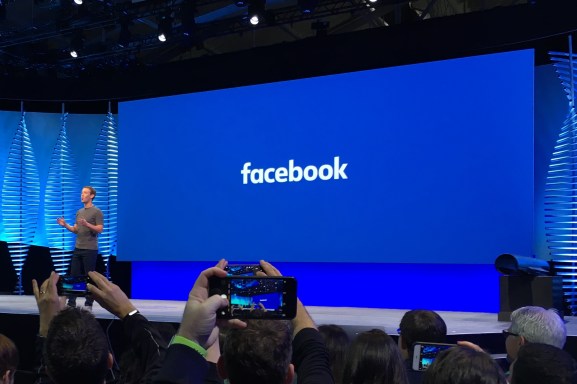 A Facebook vice president penned a long response today denying reports that the company has suppressed certain types of political speech while promoting others in its Trending Topics feature.

Tom Stocky, Facebook’s vice president of search, said he oversees the Trending Topics team and insisted that a report yesterday by Gizmodo was false.

In an exclusive story, Gizmodo talked anonymously with several former members of Facebook’s Trending Topics team who claimed they were directed to leave out trending stories about conservative politicians while adding stories about liberal and progressive events such as #BlackLivesMatter.

Stocky said the accusations that Facebook executives influenced choices over which stories to highlight were wrong.

“We take these reports extremely seriously, and have found no evidence that the anonymous allegations are true,” he wrote. “There are rigorous guidelines in place for the review team to ensure consistency and neutrality. These guidelines do not permit the suppression of political perspectives.”

As Facebook’s influence over media grows, reports that it might be selectively squelching some politically charged stories and highlighting others stoked fears about how powerful the social network has become. The company has been trying to work more closely with major media outlets through various partnerships, but some critics had already been raising red flags about the dangers of growing too dependent on Facebook’s platform.

Not surprisingly, the Gizmodo report triggered a social media storm, which even caused the story to appear in Facebook’s Trending Topics module. The Gizmodo story had also claimed that Facebook kept stories about itself out of the Trending Topics list.

In his post, Stocky said there are careful records kept by all team members about decisions made over what to include and what not too include. This process is designed, he said, to weed out potential bias.

“Facebook does not allow or advise our reviewers to systematically discriminate against sources of any ideological origin and we’ve designed our tools to make that technically not feasible,” he wrote. “At the same time, our reviewers’ actions are logged and reviewed, and violating our guidelines is a fireable offense.”

Whether Stocky’s post will have much impact remains to be seen. A shorter statement issued by Facebook yesterday regarding the issue didn’t seem to calm the social media outcry much.