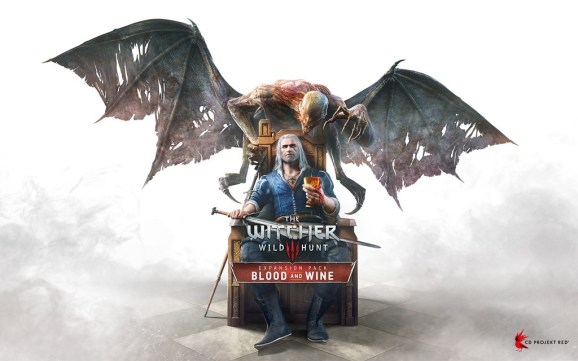 Developer CD Projekt Red revealed today that Blood and Wine, the last expansion for the open-world role-playing game The Witcher III: Wild Hunt, will come out on May 31. It will include 90 new quests and promises over 30 hours of gameplay. CD Projekt Red also claimed that this will be the final mission for the series’ hero, Geralt. The Witcher III originally released on PlayStation 4, Xbox One, and PC last May. It was a major hit that has shipped over 10 million copies and won numerous Game of the Year awards. It’s also the biggest RPG series from Europe — CD Projekt is the biggest publisher in Poland.

“Blood and Wine makes The Witcher 3 complete — it’s Geralt’s final mission,” said Konrad Tomaszkiewicz, dame director at CD Projekt Red, in a press release sent to GamesBeat. “There’s also a massive amount of features we’re giving gamers with this expansion like a dynamic Point of Interest system, a new Gwent deck, new endgame mutation mechanics, and even a place Geralt can call home … and it’s all happening in a new region as big as No Man’s Land in the base game.”

The Witcher III originally released on PlayStation 4, Xbox One, and PC last May. While the series (which was based on a group of Polish fantasy books) was popular before, The Witcher III received more praise than its predecessors thanks to its huge scale. Fans especially enjoyed the lead character, Geralt, and his professional, humorous (and humane) attitude toward monster-hunting, a fun twist on the usual fantasy tropes of black-and-white morality.

You can watch a new teaser for Blood and Wine below.