Vander Caballero, CEO of Minority Media, made a name for himself with the Papo & Yo downloadable game on the PlayStation Network in 2012. Now he is stepping out into virtual reality with a VR exploration adventure game called Time Machine VR.

The $30 title launches on the Oculus Rift and HTC Vive on May 19, and as such it represents one of the most ambitious titles yet on the fledgling VR platforms. This is one of many that are coming that will test what it means to be a Triple-A game, or blockbuster title, on VR.

The time travel game features more than 10 hours of single-player gameplay. Montreal-based Minority Media says the game takes players “on a captivating journey through time. The narrative was written by Assassin’s Creed III and IV writer Jill Murray. In the game, you’ll go “nose-to-nose with dinosaurs and fight for the survival of the human race in a visually stunning simulation of the Jurassic era.” 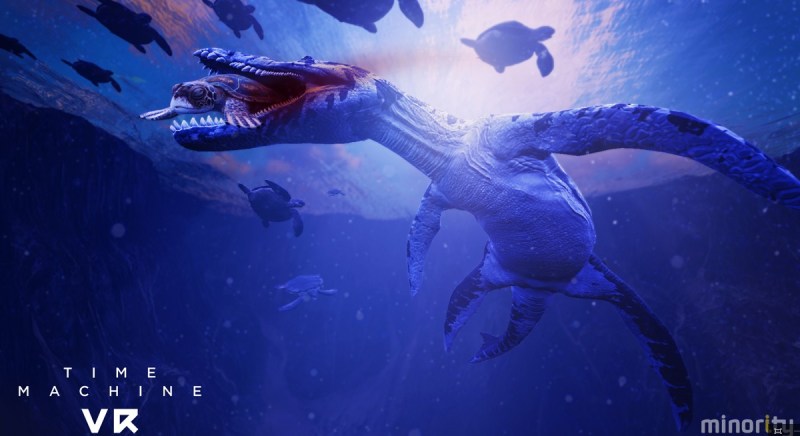 The title is already in Early Access on Steam and the Oculus Store.

“As kids, we all dreamed of encountering a dinosaur,” said Caballero, in a statement. “So when VR came around three years ago and we started experimenting with it, we immediately remembered this dream. Once we started bringing the megalodon and other creatures back to life in VR, we couldn’t wrap our minds around how huge and real they looked! This is the kind of mind-blowing contact with prehistoric creatures that can only happen in VR.”

The company says that Time Machine VR places players in the shoes of an adventurous time-traveling cadet, assigned to investigate the treacherous depths of the Jurassic oceans by harvesting data on the sea-dwelling leviathans of ancient Earth. 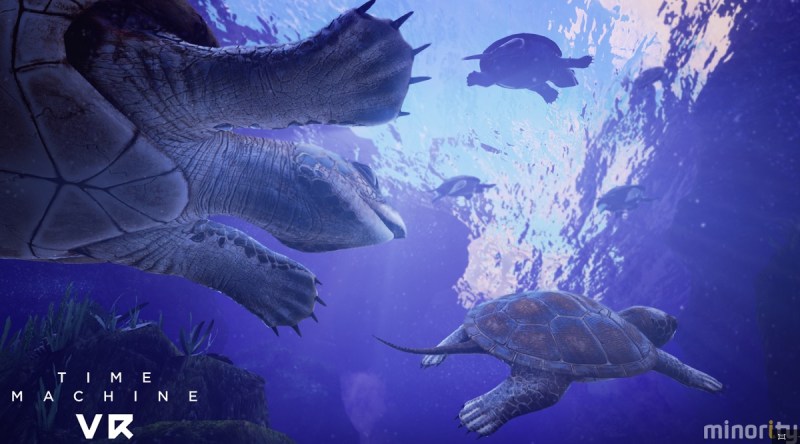 “But when melting ice caps in the present unleash a deadly prehistoric virus, this routine research mission quickly becomes a race to save humanity from extinction. Time travel is not an exact science, so players will need to navigate more than just the jaws of Earth’s mightiest ancient titans when time itself begins to splinter around them,” Minority Media said.

The title is built from the ground up as a VR-only experience. It uses the Xbox gamepad on the Rift. In the Vive version, players can freeze the game and physically move around the space just by standing up.

Caballero’s previous game, Papo & Yo, was an allegory that described Caballero’s relationship with an alcoholic father. It drew a lot of praise for mixing emotion, fun, and a serious subject. Minority Media is fully dedicated to VR. 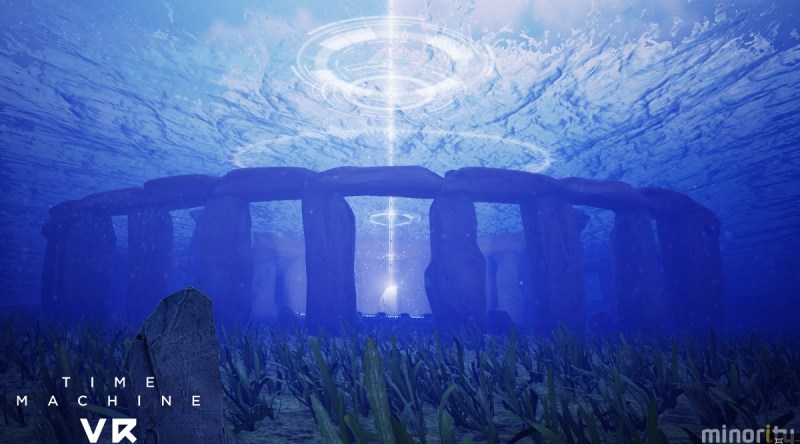 Above: Stonehenge is underwater in Time Machine VR.