Capturing life’s moments has never been easier, thanks to mobile devices, but with it comes organizational madness. Companies like Apple, HTC, LG, and Samsung tout the power of their phone’s cameras, and we’re quickly filling up our phone’s storage with countless photos and videos of our lives. And then we have to deal with the aftermath of figuring out which ones are the best to share with friends and family.

EyeEm wants to replace the garbled mess that is our camera roll with a new iOS app it calls The Roll. It eliminates the endless scrolling needed to find the photo you want by indexing the pictures and videos on your iPhone. Using the company’s image-recognition technology, photos are assigned a quality score between 0 to 100 percent, with the best quality image on the high end. 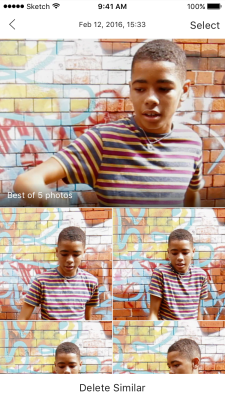 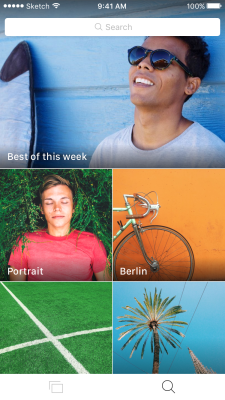 The Roll will also group similar images together using what EyeEm CEO Flo Meissner described as “computational aesthetics.” Every file is accompanied by keywords — the system recognizes more than 20,000 tags — assigned through computer vision, location information, and any available EXIF data. This is similar to what is offered through the company’s Open Edit feature and is provided voluntarily by the photographer.

A search component is included in the app, allowing you to query by keyword, location, time, quality score, and more to find the image you want.

Since its beginning, EyeEm’s vision has been to build the best image search service in the world. And while The Roll serves as a helpful utility, it’s also providing benefits to the company. Meissner suggests that the quality score could result in a higher probability that you’ll not only share the photo on EyeEm’s core app, but also in its marketplace. Launched in 2015, the EyeEm Marketplace is a version of Getty Images, but open to any photographer. The Roll offers tools to assess how good your photos are and how likely they’ll be to sell. 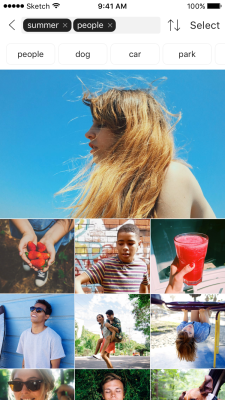 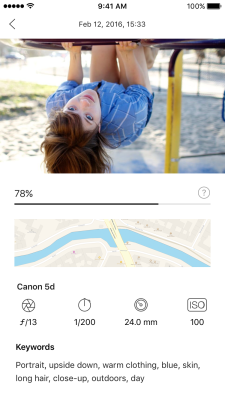 Meissner explained that The Roll addresses an issue plaguing the place where most of our images reside: The camera roll. “You don’t put it on Flickr, EyeEm, and Instagram,” he said. “It’s on the camera roll and it’s lost.” And the app has the potential of a larger reach than EyeEm’s 17 million users because it’ll work regardless of whether you have an account or not.

EyeEm’s CEO isn’t shy about admitting that part of the point is to ultimately to get more photos to sell on EyeEm’s marketplace, which currently has more than 70 million images available for purchase. This particular service addresses an area that many photo-sharing apps aren’t serving, especially Instagram. He thinks that services need to think “what’s beyond a Like and comment? What do you do with the image?”

The Roll is believed to provide an incentive to creators, getting them out to take more photos and to share more. But amid all the opportunities available, EyeEm wants to start off by making it easy to organize your photos: “We just want it to be out there, solve a problem, and grow the audience,” Meissner said.

While this is a commendable effort by the company, it’s not exactly an original idea. Google has a sorting capability built into its photos app. It not only extracts the best snaps for you to edit, but also curates them into albums, complete with tags and location. Google Photos also uses image recognition and artificial intelligence to power search — and there’s probably no company better skilled at finding things than Google. And let’s not forget the fact that Google’s app automatically backs up photos in your camera roll.

Facebook is also a major player in organizing photos through its Moments app. It uses face recognition technology to detect who’s in the image and assigns those images to albums. More than 400 million photos have been shared through this standalone app since June.

Competition to figure out how to declutter your phone is certainly fierce.

EyeEm’s newest app is only currently available for iOS devices, but it’s likely that an Android version is in the works.