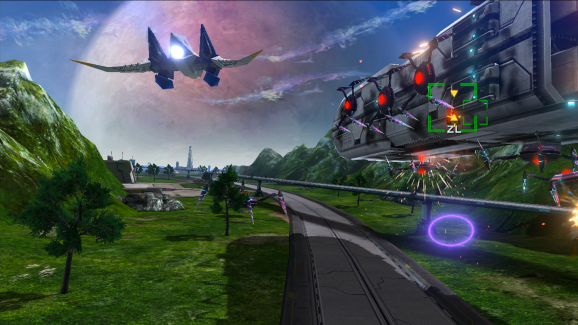 It might be a rough year ahead for the company, as the Wii U home console dies a slow death while everyone waits for the launch of its successor — the NX — next March. Still, two Nintendo games managed to make market analyst The NPD Group’s list of the best-sellers of April in the $99 billion games industry.

Star Fox Zero for the Wii U was No. 5, while the Japanese role-playing game Bravely Second was No. 9. It’s worth noting that this is different from the NPD’s overall top 10, which combines platforms and things like special editions for a game’s sales. Nintendo products, which usually only release on one platform, have a disadvantage there. Still, Star Fox Zero does show up at No. 10 on that list, which only tracks sales of physical software, not digital for console or PC or apps for mobile.

Both games were underdogs for different reasons. Star Fox Zero had a rough time with critics (although we liked it), with many blasting its motion-based controls. Bravely Second (which we loved) is a traditional Japanese role-playing game, which has become a niche genre outside of Japan. Bravely Second and its predecessor (Bravely Default) have attracted fans in the U.S. because of their skillful combination of Final Fantasy-inspired nostalgia and inventive battle mechanics.

Of course, Nintendo doesn’t have a whole lot else coming out this year, but we at least know that Pokémon Sun and Moon will appear on NPD’s list for November.