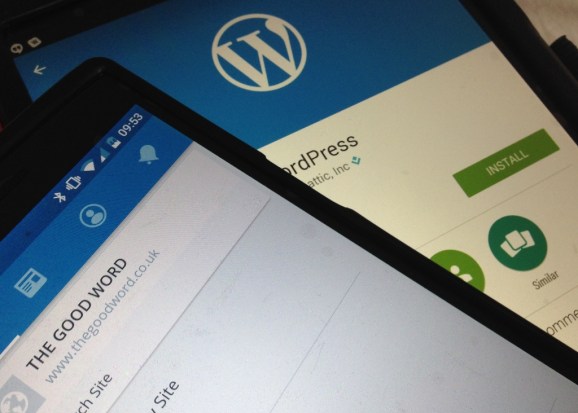 Today the company behind WordPress.com, Automattic, revealed that it had quietly acquired the rights to run the “.blog” domain last year for a hefty $19 million. So we hopped on the phone with WordPress creator Matt Mullenweg to hear why he believes .blog was worth the price — and to find out his plan for .blog domains.

Matt Mullenweg: Well, the domain business is actually a really good business because you can sell a domain and people use it and keep it forever. So, if you look at like a Verisign, or people who have TLDs, it’s actually an incredible business.

We really wanted .blog to be open, and some of the other applications for .blog were closed, including Google — so, let’s say for example, only Blogger could have a .blog domain. And we thought that .blog should be open to everyone, even if they’re not using WordPress.

I gotta be honest though, it was a stressful auction.

VB: What role did you play versus the company you partnered with, Primer Nivel?

MM: It was basically a way to bid without anyone knowing it was us.

VB: Is there a reason why you didn’t want people to know it was you?

MM: We thought it could be a lot more than $19 million, actually … Basically, there are a bunch of new TLDs, and .blog, I think, is one of the best ones out there. But there could be an incentive for other bidders if they knew it was us, and we’d just raised funding, that they would try to drive the price up. It was right after we did our $160 million round.

VB: Most TLDs — it’s still early days — but they don’t seem to have caught on. What’s your plan to make sure .blog is as legitimate as .com? What’s the recipe for making that catch on, aside from your involvement?

MM: So I think .blog is pretty interesting, as compared to other TLDs, because a blog is something a lot of people use already. So while it’d be difficult to imagine, let’s say, Dropbox using a .xyz domain, they already have a blog.Dropbox.com subdomain. So you could imagine they could move that to Dropbox.blog. Or, another company using it. Because companies use “blog” as a subdirectory and a subdomain, I think that the domain is interesting.

The second reason I think we can do a lot better than everyone else is that we obviously run a very large blogging service. We sell a lot of domains. And so, for the many tens of thousands of people who sign up for WordPress.com everyday, we can now offer them a name — a domain on the Internet, which is really the starting point of the independent Web. If you think about it, a domain is one of these things that you can have and no one can take from you. It’s like owning property. And part of my belief in the independent Web is I want everyone to have a domain.

VB: Will .blog be the default for WordPress.com? Is it something you’re going to push more than “.com”?

MM: In terms of whether we recommend it over .com or not, I think it really just depends on the name. If you could have yourname.blog, instead of yourname123xyz.com, you obviously want the better domain. And I think where a few years ago people were kind of weirded by these alternative domains, now you’re actually starting to see them a lot more — like Alphabet using them.

VB: That was a godsend for whoever bought .xyz

MM: That’s probably the best use of .xyz I’ve seen. But like I said, you can think of many, many names .blog. Even something like a VentureBeat could be Venture.blog.

Automattic says it plans on opening up .blog to everyone by the end of the year. More on that here.