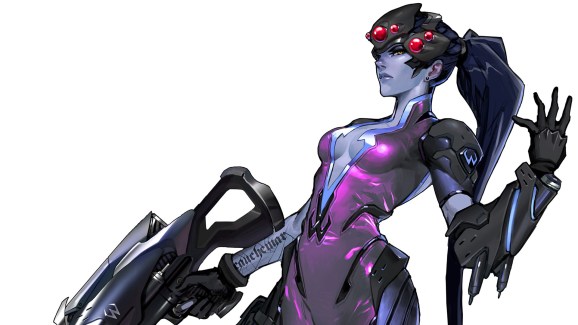 No one else should pick this character ever again.

During the Overwatch beta, I lost a few matches simply because my team ended up with a couple of hot shots who both thought they should use Widowmaker in every situation. That’s not a great strategy, and I hope they reconsider their life choices after seeing how an expert plays the long-range character.

Widowmaker is the primary sniper character in Blizzard Entertainment’s class-based team shooter Overwatch, and this means she’s great for heading off enemy assaults from a distance. Or, if you’re skilled enough, you can take her to the front line and prevent the entire team from making any progress. Witness for yourself in a clip of a South Korean player taking down an entire team over the course of an insane 90 seconds.

This video is from the Overwatch beta test, which Blizzard pulled the plug on earlier this week. The shooter debuts May 24.

Now, I don’t speak Korean, but — using context clues — I think the broadcasters are shouting “Whooooooooa!” over and over.

But despite this player’s mind-blowing skills, I bet a Reaper still got Play of the Game by triggering his Ultimate for a double kill.