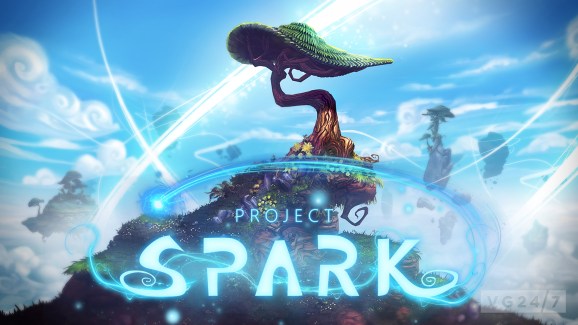 Microsoft's Project Spark is coming to an end.

Some sparks grow into a fire, an others get snuffed out.

Microsoft is shutting down the game-creation sandbox Project Spark. It will no longer appear in the Xbox or Windows Store. If you already downloaded the free game, Microsoft is planning to cut off its online services August 12. You can still play the game after that, but you won’t have access to anything stored in the cloud. Microsoft is also promising to take “steps” to anyone who purchased Project Spark before it went free-to-play. This is the latest closure for Microsoft as it tries to maximize the return on its investment in the $99.6 billion gaming industry. It recently also canceled production of Fable Legends and shuttered Lionhead Studios.

In this case, Microsoft noted that it is not laying off anyone as part of ending Project Spark.

“This was an extremely difficult decision for our team that we do not take lightly,” Microsoft community manager Thomas Gratz wrote in a blog. “When Project Spark transitioned away from active development last fall, many of our team members moved to other projects within Microsoft Studios. While this means there have been no layoffs at Microsoft, it also means it’s simply no longer feasible to continue the behind-the-scenes work involved with keeping Project Spark up and running with meaningful updates and bug fixes, so we have come to this hard decision.”

Gamers first learned about Project Spark during Microsoft’s media presentation at the Electronic Entertainment Expo in 2013. It was one of the promised Xbox One experiences that Microsoft want gamers to get excited about. It promised a suite of easy-to-use tools that would enable anyone to build games by taking advantage of a controller, the Kinect camera, and a mouse and keyboard for the Windows version.

In September, Microsoft ended active development on Project Spark and made it free to download.