Wicked Fun has a new take on the popular Puzzle & Dragons puzzle-fighter genre. The company is launching its Force of Elements fighting game today on Android and Steam, with an iOS version coming soon.

The free-to-play title is a bit of a genre bender. It is a player-versus-player tactical “match 3” role-playing game, with elements of collectible card games. Wicked Fun, founded by developer Terry Redfield, has been working on the title since 2015. It is a puzzle game where you match rows or columns of gems. The more you match, the more powerful your attacks against the enemy player become.

San Francisco-based Wicked Fun has five employees, and it has raised $3.7 million to date from Chinese game giant Tencent. Wicked Fun believes there’s a hole in the market for accessible games with broad appeal that also deliver a deeper gameplay experience in a manner that most people are playing more casual games. It has shorter play cycles and runs across platforms. It feels like a core game, but it fits into the way that people live their lives. Rivals include Puzzle Quest and Puzzle & Dragons. 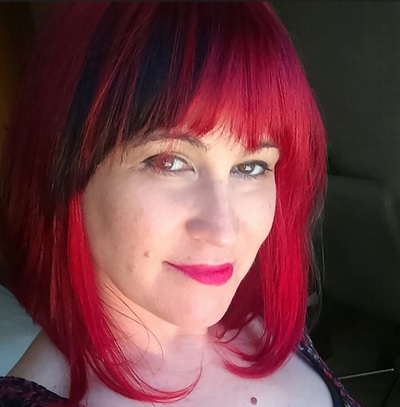 The company says that its game is akin to League of Legends meets Candy Crush Saga. There are multiple ways to play the game. You can play the “timed mode” that more about speed and match-3 play, or the more tactical, turn-based style, where strategic use of elements and power gems is important.

Players are automatically matched up with either a live or A.I. opponent and games commence in short play rounds. The title was built as a cross-platform product, and it was tested across a diverse group of people. And Android player can play against someone on Steam and (soon) iOS.

Terry Redfield, cofounder and CEO, started the company because she had a passion for making new game experiences, rather than copycats or sequels. She wanted to make the game for players like herself — with a love for hardcore games but limited in available time. Before starting the company, Redfield was working as a tech contractor. The chief technology officer at her client asked what she wanted to work on. Redfield pitched possible games, including Force of Elements, and he made an investment. She recruited a team. Late last year, they launched the game as an Early Access premium title on Steam.

The Steam community liked the game (which cost $10 during the Early Access), and Redfield got the game done as a free-to-play title. Ranked play and tournaments are slated to be introduced soon.

“It was really important that we create a game that’s accessible and with broad appeal, but also delivers a deeper gameplay experience; a game that offers more complex strategies and player growth, while still enjoyable in small bits,” said Redfield, in a statement. “Just because our lives get busy, that doesn’t mean we don’t still want a great game experience. We just need games we can fit into our schedule.”

She added, “For some reason, when you say you want to make a game that has both in-depth gameplay and appeals to women or a broader audience, the industry and its critics want to treat is as ‘lesser ‘ game. That’s ridiculous, when you consider that more than half the gaming audience is female — many of whom still want a challenging game as opposed to mindless clicking and collecting, just in shorter sessions.”

“That’s why we set out to create an experience that was sort of League of Legends, but playable in 10 minutes here or there,” continued Redfield. “I think it’s something that’s missing from the market, and a real opportunity for game developers.”

Since the Early Access launch on Steam, the game has sold more than 1,000 units and it received 100 percent positive reviews from users. Retention was higher than average.

Redfield has been in games for over 20 years. She started at 3DO in 1996 (initially as part of Cyclone Studios) and went on to work on the award winning title Psychonauts. Wicked Fun is the second company she’s started, both of which she served as cofounder and CEO, over the course of six years. Her cofounder was Will Perone. 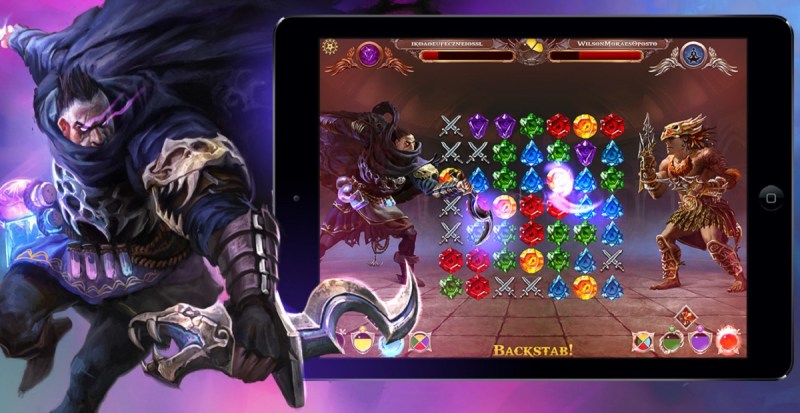 Above: Force of Elements

“Our goal in creating Force of Elements has been to offer a compelling game experience that appeals to a broad audience (including women); utilizes a tried and true game mechanic (match 3) so it’s easy to learn or jump into; but offers challenges rich in strategic thinking that keeps people playing; that can be enjoyed in shorter sessions,” she said.

In Force of Elements, you choose your hero, swap gems to unlock elemental mana, and then destroy your enemy. In the realm of Acharos, power derives from the five elements. Each Hero has an affinity with their chosen element, but skillful players can tap into all five by creating power gems. You use elements like fire, air, water, and Earth to attack your enemy. 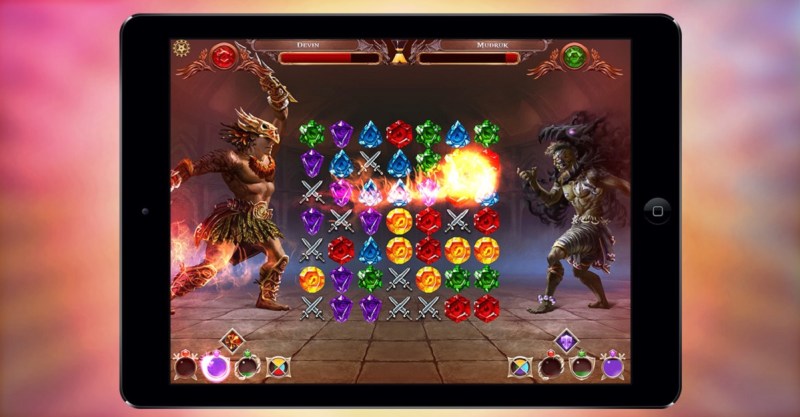 Above: Force of Elements in action.