Supercell is as close to being the Pixar of mobile games as any other company. Japan’s SoftBank Group knows this, and so it may not be surprising to hear that it is considering selling its stake in Supercell for a very large pile of money.

Bloomberg reported today that SoftBank may sell its stake in the Finnish mobile game maker for a price that values the whole company at $5 billion. And for anyone who knows Supercell’s games, the high value for a company that only has about 180 employees isn’t surprising. Separately, we heard that the rumor has been going around for more than a year. We have not been able to independently verify Bloomberg’s story.

Back in March, Supercell announced that its four games on the market had hit more than 100 million daily active users. That is a huge accomplishment in the $34 billion mobile games market, where millions of apps compete for a consumer’s time. Supercell’s hits include Hay Day, Clash of Clans, Boom Beach, and, the most recent, Clash Royale. Clash Royale ranks No. 4 on the top-grossing ranks on iOS in the U.S., according to App Annie. Clash of Clans is No. 5.

Softbank bought a 51 percent stake in Helsinki-based Supercell for $1.5 billion in 2013. It increased its stake in June 2015, adding an additional 22 percent. At the time, SoftBank paid an additional $1.2 billion at a total valuation of $5.5 billion, VentureBeat learned. (The valuation was never announced.) The rest of the company is owned by Supercell’s management and employees. The Bloomberg report mentioned only that Supercell’s valuation was more than $5 billion. I would hope so since back in 2015, before Clash Royale hit app stores, the valuation was $5.5 billion.

But it’s not clear why SoftBank may be considering the sale. Back in 2014, SoftBank adviser Taizo Son got up on stage with Ilkka Paananen, CEO of Supercell, at the Slush conference to talk about why SoftBank was investing for the long term. Bloomberg cited anonymous sources familiar with the matter. Son praised Supercell for its slow growth strategy, in terms of hiring so few employees, because it preserved a way of doing things that had made the company so successful.

So it would be strange for SoftBank to decide to shift its course so soon after acquiring the 73 percent stake in Supercell. Supercell has reportedly held talks with strategic buyers in China, but the process is at an early stage and SoftBank may choose not to sell the stake, according to Bloomberg.

GamesBeat has sent messages to Supercell asking for comment. When Supercell announced that it had hit its 100 million daily active players number, it noted that it had shipped four games and killed 14 during its development history. That’s a rare commitment to quality, reminiscent of Blizzard Entertainment in games and Pixar in movies.

“What’s next? Well, we founded Supercell with this idea of making it the best place for the best people to make the best games,” Paananen wrote back in March. “A zero bureaucracy environment where people can just focus on creating great games. I feel that if we stay focused on this very idea, with some luck, even better games will follow over the years to come.” 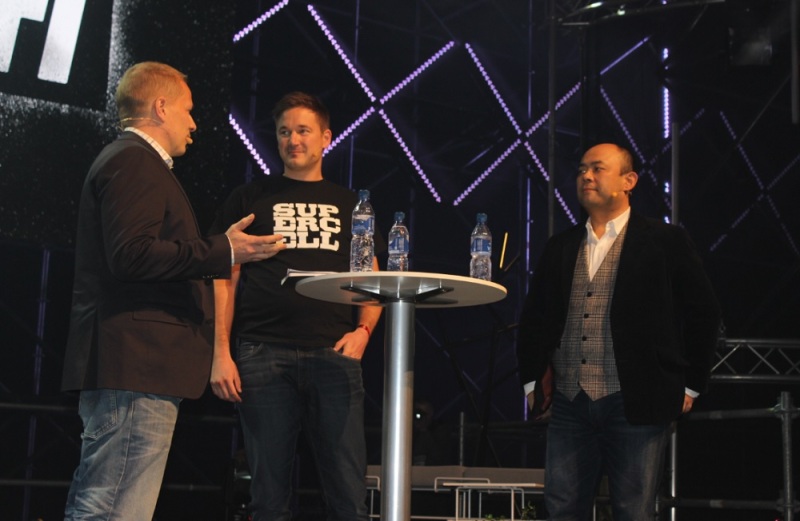