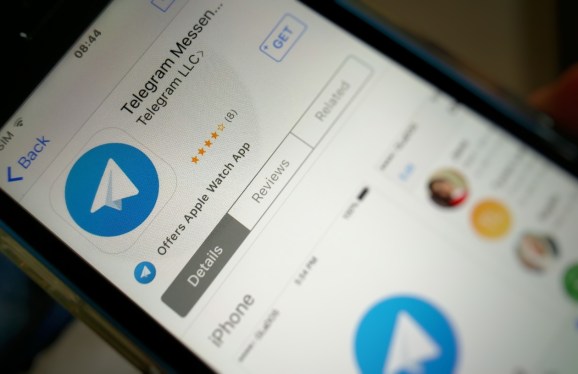 Telegram has released an update to its communication app that lets you edit your messages after they’ve been sent. This feature works across all chat types, including group and individual conversations. 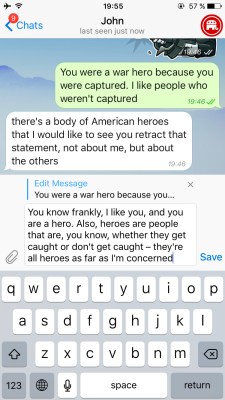 Above: An example of how to edit a message within Telegram.

Other features that have been added include being able to mention anyone in group chats, finding people faster with a new search list, and a better way to add bots to conversations.

How often have you sent a message to a friend or colleague and then realized it’s filled with typos? *raises hand* Telegram now lets you quickly make it right with its new edit feature. Tap and hold on the message you want to tweak and then press the “edit” option. From there, you can redo the message, and when it’s resubmitted, Telegram will affix an “edited” label to let everyone know of the update. This feature is available on both mobile and desktop.

The addition of message editing gives Telegram a bit of a leg up, as it’s one of the more popular communication apps to have this feature. BlackBerry Messenger was perhaps one of the earliest to offer a similar service. WhatsApp, Facebook Messenger, and WeChat all offer an option to delete or recall any message, but not on-the-fly editing capabilities.

Telegram has also added ways for you to mention people in group chats, even those without usernames. The company said you need only type the “@” symbol in a chat and select whoever you would like to address from a menu that will be displayed. That person will receive a notification even if they’ve muted the group.

Search has also been improved so that it now includes a People list that showcases the most recent people you’ve communicated with.

As there’s so much talk about bots lately, Telegram has further streamlined the process of adding inline bots to conversations. Tap on the attachment icon and scroll down to see the bots that are available to you. The ones you’ve used the most will be featured near the top of the screen. Those that have been used at least once will be shown.