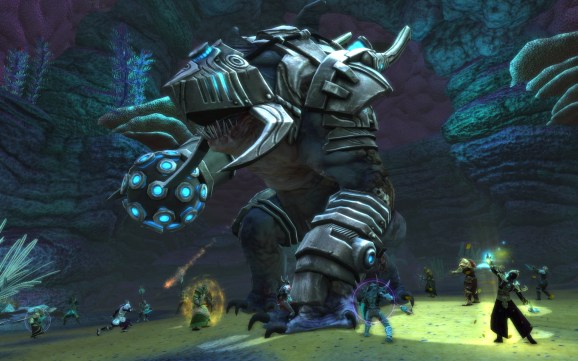 How do you make for an epic MMO boss? Make it as tall as 50 players.

Online team strategy games like League of Legends and Dota 2 may dominate right now, and World of Warcraft may be at its lowest ebb since its debut a decade ago. Yet a number of massively multiplayer online role-playing games still find success.

One of those is Rift, which recently celebrated its fifth birthday. This MMO was Trion Worlds’ first game when it launched to a positive reception in 2011. At the time, critics lauded it for a number of innovations, such as its dynamic events and Souls class system that prized customization. I dug it five years ago when I did a solo-player review for the now-defunct GamePro.

Like all online games, Rift has changed over time. It’s added new content, tweaked other components, and responded to player concerns and requests. More important, it dumped its subscription model in 2013, becoming one of a growing legion of using a hybrid free and pay monetization model. According to market research firm SuperData, it’s No. 13 in worldwide revenues for pay-to-play MMO games.

And through all this change, its players have remained loyal.

Trion Worlds CEO Scott Hartsman recently answered a number of questions via email about Rift’s birthday, how it’s changed over the years, behaviors of its players, and even a mistep or two that the development team has taken. Here is an edited transcript of the interview.

GamesBeat: How many people still actively play Rift that started at launch, and does it surprise you that they’ve stuck around for so long?

Scott Hartsman: It’s funny you should ask that question — we just checked the other day, and something like a third of Rift’s players at any given moment are people who’ve been around since near the start. On top of those who’ve been here the whole time, there are always people rotating back in regularly — there’s a long-standing pattern of people coming back in to Rift to check out the latest, play a while, then come back in a few months for more, which goes on for years.

In a world of gaming today where you hear about retention measured in days, that’s pretty astounding. It’s a real testament to what the original team put together and the current team’s been continuously improving on.

GamesBeat: Where are Rift’s most passionate fans? Or are they spread out worldwide?

Hartsman: Over time, we’ve had people actively playing the game from nearly every country in the world. The largest concentrations are from North America, throughout Europe, and then Russia, Australia, and New Zealand. It’s been interesting watching what’s happened over time, especially as business models changed. Brazil has been growing like crazy the last few years, and it’s great to see so much participation from a country that you really didn’t hear a lot about in online games. 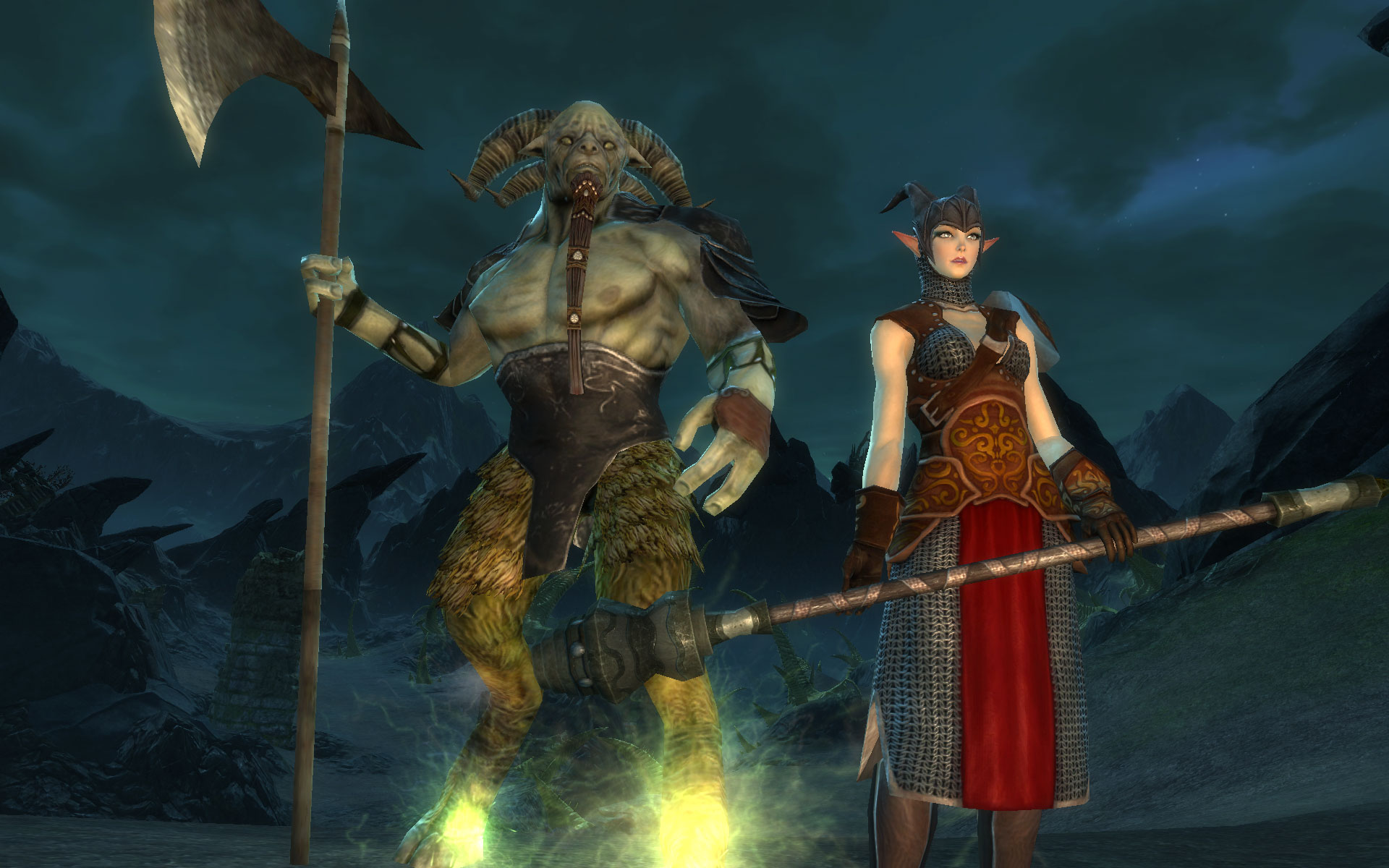 Above: This was how the Cleric and Druid soul classes looked at Rift’s 2011 launch.

GamesBeat: The Ascendant Souls “prestige classes” were an MMO innovation when Rift launched. How have these evolved over time?

Hartsman: We’re still really proud of the unique Souls system, Rift’s take on what are called classes in other games. It delivered very well on letting people design classes that fit the way they felt like playing. We’ve found, over time as we’ve alternately added more and simplified others, that people really enjoy being able to design their own combinations of abilities to form classes they want to play. So much so that some of our players have as many as 20 different pre-sets they’ve created that they can switch between at will.

“Prestige Souls” in particular were a concept that we came up with during the game’s testing, where we’d be able to create one-offs or very specific role-style novelty collections of abilities. In practice, what we discovered is that the system was complex enough as it was, and adding more one-off souls wouldn’t have added to the gameplay in a positive way. We took the system in another direction that did, which was to offer premade classes to help people get started. It did a lot of good, and acted as a great launchpad into the more advanced game of trying to get the most out of your character yourself. It’s been like having some of the best of both worlds.

Hartsman: You bet, and for a while there they were getting even bigger. One of the signature encounters from the game’s first expansion featured an environment-destroying final boss — we call them Colossi — who was the height of about 50 players, which took hundreds to defeat. And in modern Rift, people from all of the worlds can easily go play any one they choose on any world, with a simple button-press, as the game now supports people moving between servers at will. 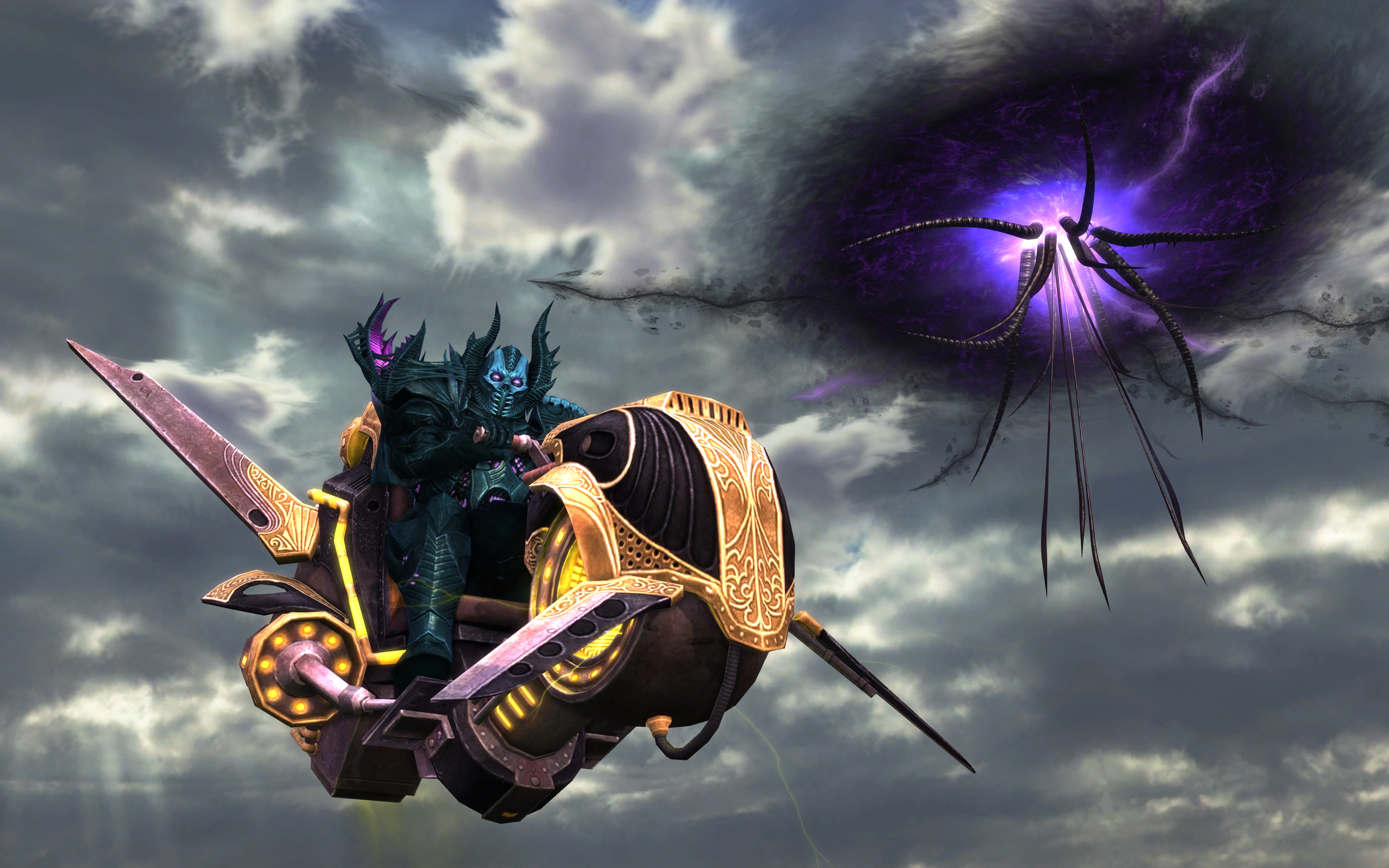 Above: A plane invades Telara.

GamesBeat: How has the nature of the planes invading Rift’s world of Telara changed since launch?

Hartsman: If you went back and heard the most common request over Rift’s first year, it would be, “When do we get to go to the planes and take the fight to them?” In the game’s second expansion, Nightmare Tide, the team did just that. That expansion in its entirety was set in the Plane of Water, and people were able to play a storyline that also significantly expanded upon the game’s lore from the Plane of Nightmares, and blended the two into something that was definitely unique and fun.

GamesBeat: What’s been the best-received expansion of Rift over the past five years?

Hartsman: The first one is almost always the one people look back at the most fondly. In our case, that was Storm Legion. If you can follow up a great launch with a solid second act, it really does stick with people. The anticipation and the lead-up is as much of that as the experience itself, and during that whole development cycle we had that expansion being made at the same time we were trying to figure out what the best rate was to be doing live game updates, and what to put in them to keep people around and having the most fun possible.

GamesBeat: How has the Rift design team’s intentions for Telara changed over the years?

Hartsman: It’s been designed to be more inclusive on the whole, primarily through making sure that it’s as easy as possible for people to play with other people. Over time in level-based games, it becomes harder and harder to keep people together. Worlds get bigger. Level ranges expand. Yet people, through their deeds if not universally through their words, love levels. The challenge for any modern design team is how to keep it all working together in that world of inherent contradiction.

An overall philosophy of inclusion, really simply put, “Let players play with players” and “Bring the player not the character,” came to the forefront as the world expanded. (At this point the world itself is three or four times larger than the one we launched with.) GamesBeat: What new systems have you introduced that players have loved?

Hartsman: There were a number of things that the team did in line with that philosophy I just described, and they’ve all been received extremely well.

GamesBeat: What new system did you introduce, if any, that players hated?

Hartsman: You must be thinking of some other game. Developers never make mistakes, and players never take us to task for doing so.

If anything, I’d say the biggest thing we’ve wrestled with over time has been more related to the transition away from the subscription model.

The original launch of Free Rift was just plain stellar work by the team. The things that have been challenges to us have been in adapting the ongoing content model in a sustainable way. For instance, we continue to make long-form expansions that occupy a full development team’s time for a year or more. Being able to make money off of it, thereby sustaining ongoing development, in a way that’s acceptable to the audience at scale is the part that still has its challenges.

What we’ve discovered is that if you sell it for $40 or $50, people not only accept it, they’ll even celebrate it. If you give it away for free, and charge for optional systems or content related to that expansion to make up the difference, you not only don’t get credit for having given it away for free, you run the risk of creating disappointment. Those misalignments of expectation are the things we regret the most, and the places we’re constantly striving to do better for our players. Given the ongoing evolution in sensibility and interest in models, too, it’s an ever-moving target, and even if it doesn’t always seem like it, we are always trying to stay on the right side of it. 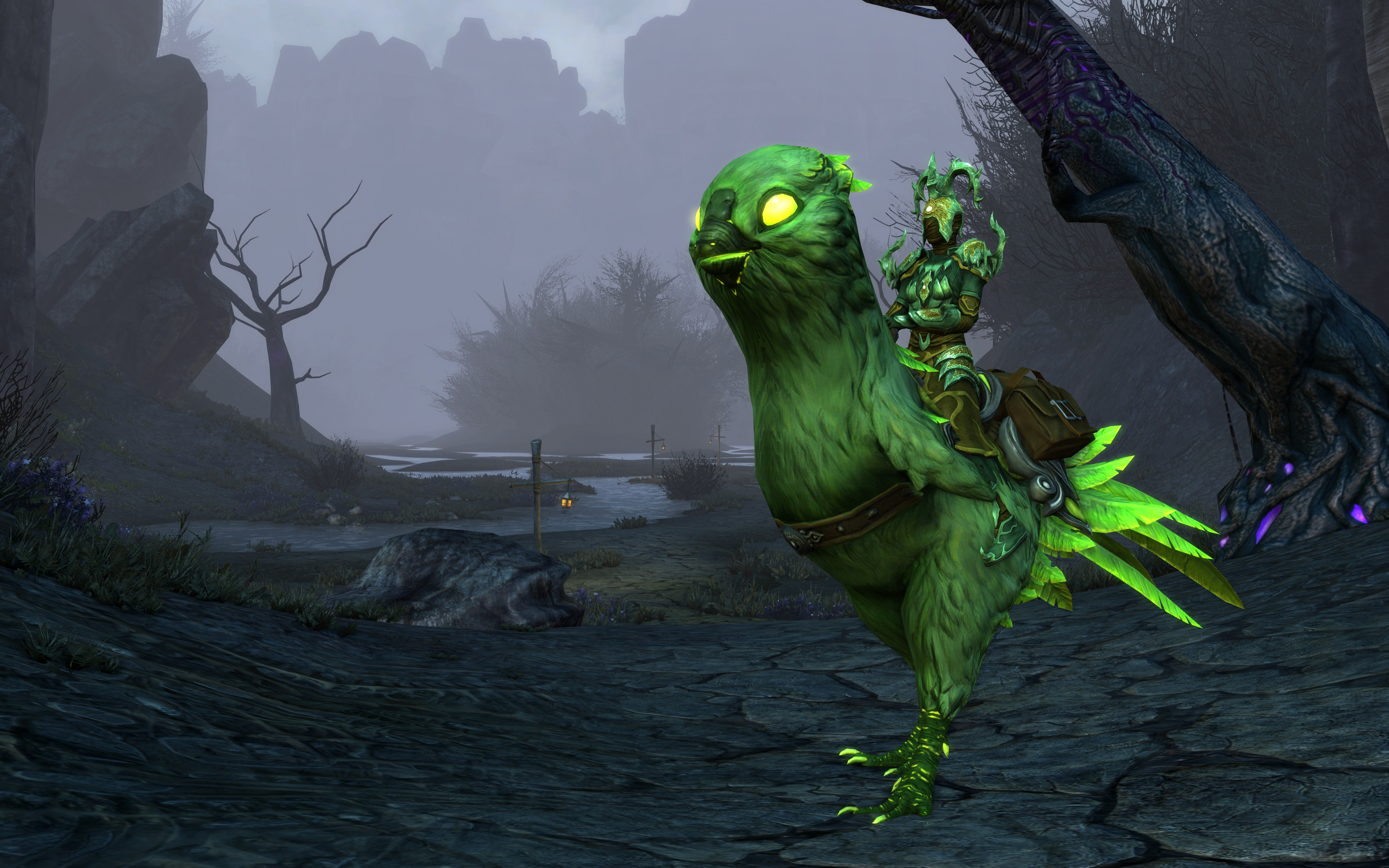 GamesBeat: What’s the state of PVP like after five years?

Hartsman: Even we weren’t sure what direction PvP was going to take in Rift from the outset, which is why we originally supported shared world PvP, as well as Warfronts [instanced PvP], and even created a unique kind of dynamic content PvP. We wanted to see where people’s interests went.

What we found was that over time, shared world and dynamic content PvP became less of a fun experience for people in large numbers, as you had stalkers and victims. If you’re the former, you’re having fun. If you’re the latter, you’re really not. We took those learnings and created a system called Conquest, which gives a simulated open-world PvP experience for people of all worlds to play together in, and we’ve significantly expanded the offering of Warfronts in the game — originally three or four, there are 10 now, and the roster’s always growing.

GamesBeat: How big is the Rift streaming community?

Hartsman: Streaming’s an interesting topic, and we’ve fostered a lot of it across all of our games. You’ll notice, though, that the most popularly streamed games have a very high watchability. You have to be able to follow the action, and have some sense of anticipation and seeing what’ll happen next.

Highly streamable games have very distinct visual cues so the watcher can follow along. Rift wasn’t really built with that in mind. While we were the first game to have built-in, one-click YouTube integration so people could record and upload their own interesting moments, we never visually designed the game around making them highly watchable by others. As such, it plays a bigger role in our other games (most notably Trove and Atlas Reactor) than it does in Rift. That said, we still do see some streamers actively doing it every single day!

GamesBeat: What’s the team’s more memorable NPC that they’ve created over the years? Why is this person memorable?

Hartsman: While the game has a lot of signature storyline characters and villains, with a lot of memorable personalities to boot, Volan, the massive event colossus that I referred to earlier continues to be one of the most memorable ones. To this day, I don’t think an event with a creature of that scale, that could be seen by as much of the playing population of a game, has been replicated in any game anywhere. His story’s a sad one, spoken only in a few lines throughout the event, and the technical effort that went into his creation and that of the entire event was truly astounding. 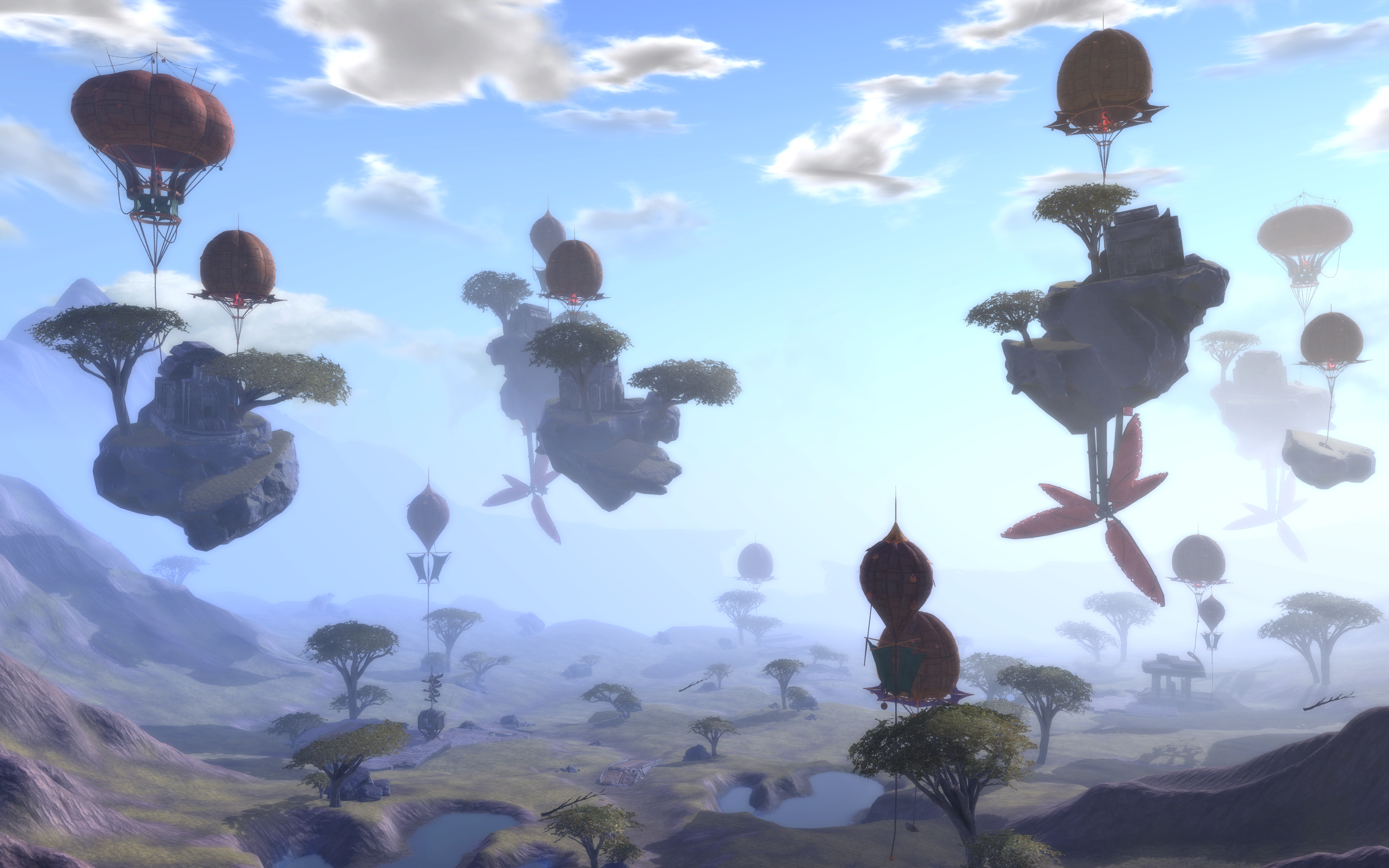 Above: A beautiful, albeit planetouched, landscape.