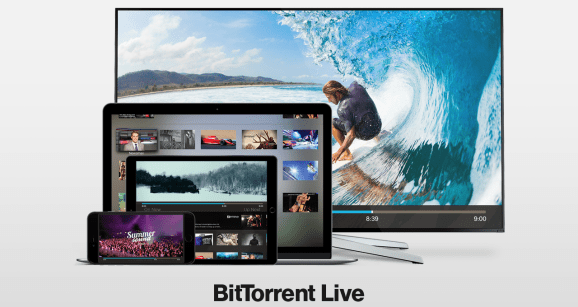 BitTorrent today launched BitTorrent Live, a multichannel video streaming app for Apple TV. Think of it as the company’s take on live TV, with initial coverage spanning five areas: news, sports, music, tech, and youth culture. The Apple TV version will arrive this week, and Android, iOS, and OS X versions are expected to follow in June. The app will land on Windows sometime later.

If the name BitTorrent Live sounds familiar, there are two likely reasons. You could be remembering that the app was mentioned when BitTorrent replaced its CEO last month. Or, more likely, it’s because the name has been used before, but not to describe an app.

Back in March 2013, BitTorrent debuted an open beta of BitTorrent Live, its P2P streaming protocol for the masses. “That was early testing of the protocol itself,” a BitTorrent spokesperson told VentureBeat. “That program has since evolved and has been closed. The focus [now] has been on building the first application on top of the protocol.”

In other words, the BitTorrent Live launching today is the first app to use this protocol, and the two just happen to share the same name. Now that we’ve got that confusion sorted, let’s examine what BitTorrent is trying to achieve here: “fixing the way live video streaming works.”

BitTorrent argues that prerecorded online video content has taken off and that on-demand video streaming has established itself as a reliable consumption method, while livestreaming broadcast is still “an ongoing problem in terms of both performance and monetization.” In other words, live television needs to be brought into the Internet age.

BitTorrent Live comes with a free tier of programming that includes the following channels:

To be frank, this list feels… horribly inadequate. That’s all? BitTorrent promises that additional channels are on the way and will populate three more tiers: subscription-based, ad-supported, and Pay Per View.

It’s clear that the company didn’t really invest a lot of time working on partnerships and relationships in order to debut with an impressive number of channels. Instead, it almost seems like the app is a demo of what is possible.

As the company describes, the app is powered by “our proprietary and patented peer-to-peer live streaming protocol” that lets large audiences view live video “with sub 10-second latency and without the need for an expensive CDN or pre-provisioning.” BitTorrent Live is supposed to solve provisioning and lag time problems.

If BitTorrent turns downloaders into uploaders, BitTorrent Live is supposed to turn viewers into broadcasters.

That sounds great, but BitTorrent has long struggled to deliver on this promise. We’ll know soon enough if this is just another attempt, or is something with real potential.