Microsoft is announcing today that it has deepened its partnership with fellow enterprise software vendor SAP. The HANA in-memory database from SAP will become available on top of Microsoft’s Azure public cloud on top of machines packed densely with RAM. At the same time, SAP’s Ariba, Concur, Fieldglass, and SuccessFactors applications will be integrated with Microsoft’s Office 365 services in various ways.

On top of that, companies will be able to use Microsoft Intune mobile device management (MDM) software to manage the deployment of custom mobile-friendly apps built with SAP’s Fiori user experience design. This builds on the multiple partnership announcements SAP and Microsoft have made together over the years.

“We’re not simply focused on finding new ways to work together or incrementally extending that partnership. I think that we’re focusing on changing the tone of our open approach to the market,” John Torrey, chief strategy officer for SAP’s Business Network Group, told VentureBeat in an interview.

Microsoft, in particular, has been doing more to integrate with companies with which it has historically competed, including Box, Canonical, Dropbox, Red Hat, and Salesforce. As for SAP, it recently announced a partnership with Apple. 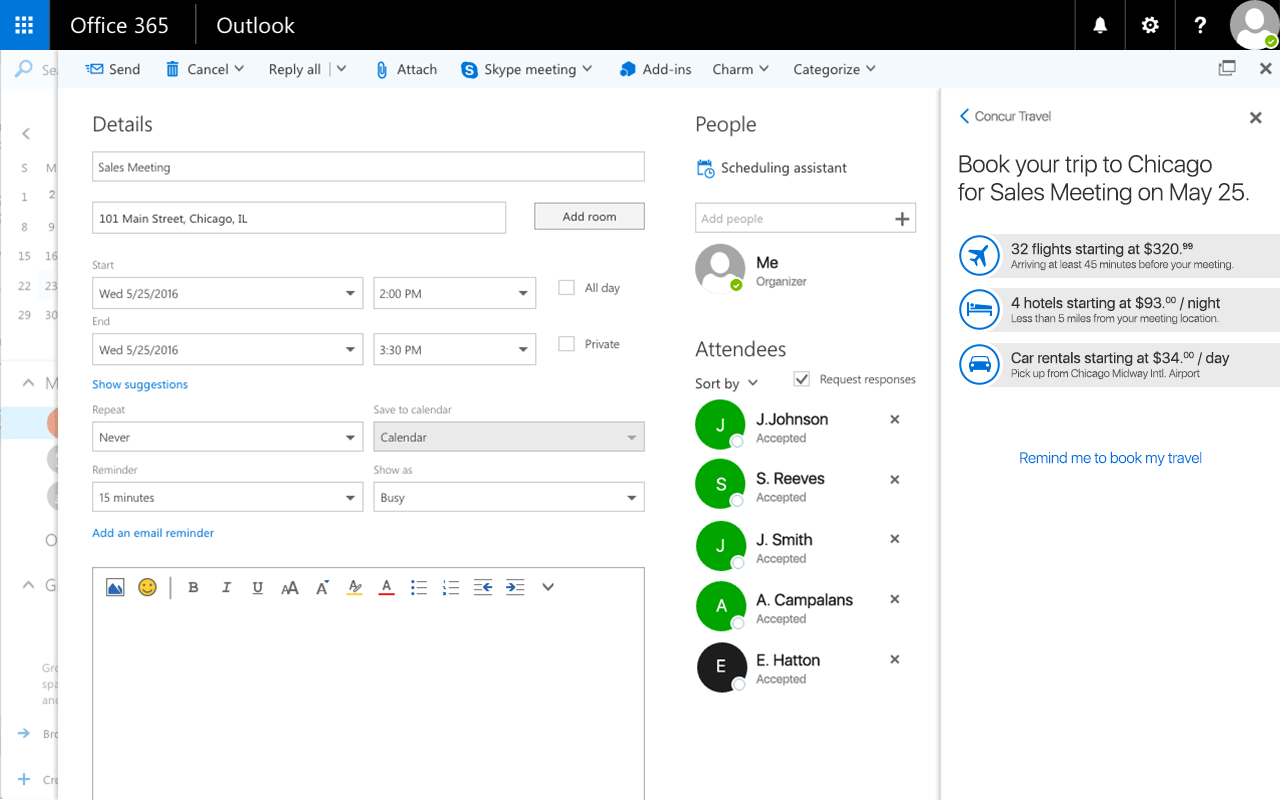 Above: An integration of SAP’s Concur travel and expense management software in Outlook.

In this case, there are several new cloud app integrations of note:

Office 365 now has more than 70 million active business users, while the SAP cloud apps have tens of millions of users.

The Fiori and Intune integration, along with the new Office 365 integrations with SAP apps, should be available in the third quarter of this year, the two companies said in a statement. Azure support for HANA, meanwhile, will arrive within three months, a spokesperson told VentureBeat in an email.

A single HANA instance on Azure will be scaled up to as much as 3TB of RAM, and for analytics workloads, 32TB of RAM is available by scaling out across 16 instances.

“We do think we’ve got the best performing options and kind of sizing options that are going to be available as enterprises figure out what their workloads are going to look like,” said Microsoft Azure corporate vice president Jason Zander.

Last night public cloud market leader Amazon Web Services (AWS) put out a statement on the use of HANA, BusinessObjects, and other SAP software on top of AWS.