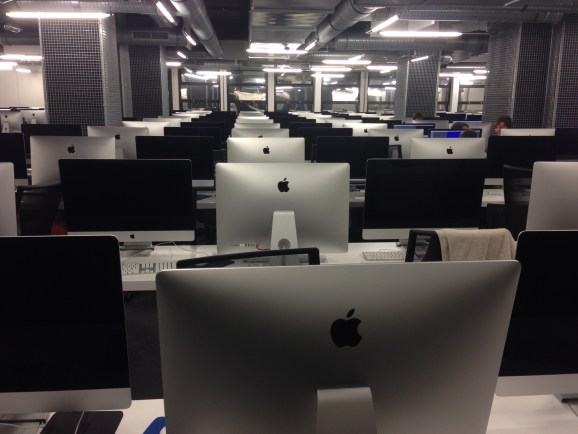 One of France’s most renowned entrepreneurs is bringing his idea for reinventing education to Silicon Valley’s doorstep in a big way.

Xavier Niel, founder of upstart telecom company Free, had previously launched a coding school in Paris called 42. The idea is audacious: The school accepts between 800 and 1,000 students per year, who pay no tuition. There are no classes or teachers or curriculum.

Instead, the students are given giant Mac work stations and unlimited access and receive programming challenges and projects they have to solve. They can work independently or form groups to solve those problems, as they choose.

Today, 42 announced it is starting a second campus, this one in Silicon Valley, and is accepting applications. Founders of 42 said that the U.S., like France, faces a shortage of programming talent.

“We also find it regrettable that in such a creative country, the educational system promotes differences and deprives our companies of the human resources adapted to the urgency of creation and innovation,” a statement from 42 organizers reads. “With 42, we want to guarantee jobs for young adults and equip digital companies in every sense of the word, big groups, young innovative companies or even start-ups, with talents which they need.”

The requirements: “42 is open to anyone who is between the ages of 18 and 30, whether they possess an academic degree or not. The training is absolutely free: in this non-profit organization, no registration and no tuition fees will be required before, during or even after attending 42. […] Training takes place over a period of 3 to 5 years. ”

The other catch: According to TechCrunch, the school will be based in Fremont, Calif., where Niel will invest $100 million in creating a 200,000-square-foot building. The first class is expected to start in November.