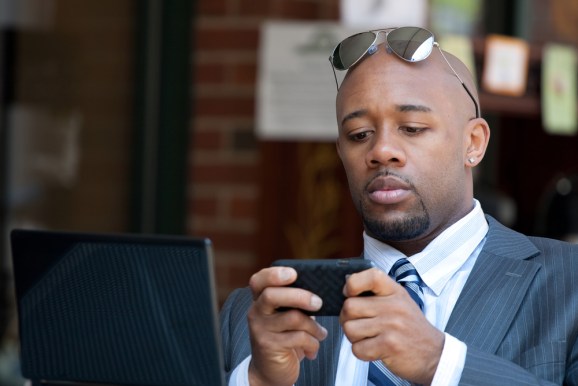 Teckst, a service that allows two-way text messaging between brands and customers, is announcing a $2.5 million round today. The service launched just last year with a “friends and family” round — and it is already seeing strong traction.

The thinking behind Teckst is that texting is a normal way for consumers to speak with one another, especially those in the 18 to 34-year-old range. Multiple recent surveys suggest that 80 percent or more of younger customers far prefer text to actual phone calls. And while SMS has been available as a feature for service agents in enterprise customer service platforms for years, it hasn’t necessarily been well-utilized. People still make billions of phone calls to brands every year.

On top of this, enterprises have invested millions in building out their expensive on-premises customer service platforms to include channels like Twitter and Facebook in the main feed — which has really just enabled unfavorable behavior. It has essentially trained customers to scream at their friends on Twitter when something goes wrong. This has also provided a strong reason for “sentiment analysis” to exist in those channels, and this has propagated as a service across dozens of software vendors without a particularly strong business case. Most social customer service teams know that they’re valuable (and they are), but the analysis tends to focus on inventing metrics and reacting to PR crises. Teckst has what it believes is a more valuable proposition. Customers prefer text, and while SMS is the company’s core platform, it’s set up to integrate across all the major messaging platforms.

The company is seeing particular success with early adopter-type ecommerce or mobile-first businesses — like JackThreads, Memebox, or the on-demand parking service Luxe. I caught up with founder and CEO Matt Tumbleson, who had previously worked as creative director for food delivery startup Seamless, where he was in charge of customer experience. Tumbleson has pointed views on how customers value mobile — and how much is still broken in the landscape of enterprise customer service platforms. 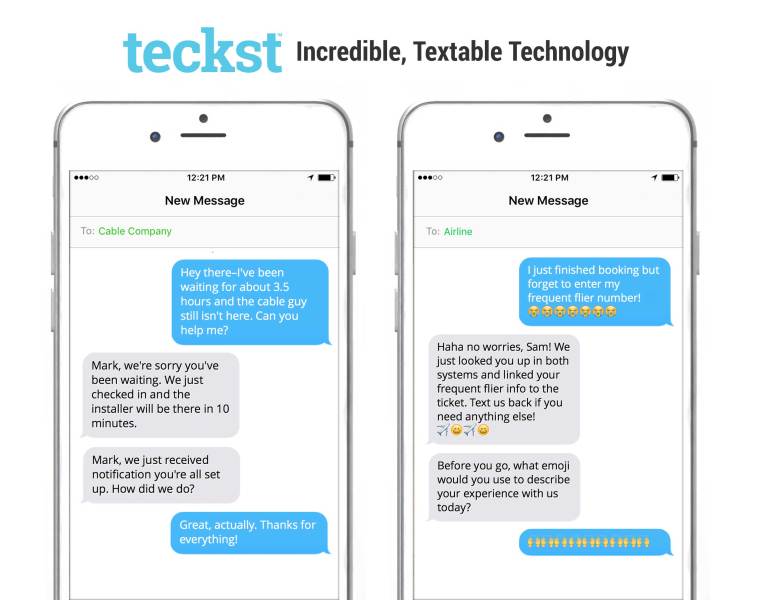 Tumbleson shared that certain enterprise software giants (who shall remain nameless) felt threatened by the idea of the Teckst platform “encroaching” on their businesses. However this was not so much the case for more modern CRMs, according to Tumbleson: “Integrating with Zendesk was very easy — they gave us a product person and resources. The same thing with Salesforce; any company created in the Internet age is very forward-thinking in terms of letting someone come on to their platform and create something that will help their customers.”

“We got some resources from [Salesforce] as well and got to build it in their ecosystem,” he added. “They started promoting us and we started getting clients. What makes us different is that we’re integrating directly with all the major CRMs.”

He explained how this approach paid off: “We thought we could reproduce this with other CRMs — so we did it with Help Scout, Oracle, SugarCRM — our approach has been to work with the CRMs to create this full experience and then with clients give them full service — account managers, automation, and even bots.”

To bot or not

Tumbleson and I talked at length about the new bot economy. He’s bullish on the ecosystem, in general, but thinks we’re far from having AI that’s trustworthy enough for a brand to let loose on its own. Teckst, like others in the space, is taking up the human + AI approach, in which customer service agents receive the benefits of bots, rather than the customers directly.

“We’ve had [our bot] for a year and a half,” he said. “We call it Teckstbot. It’s just like Slackbot — where it interacts with customer service agents directly in the CRM. An agent can be responding to a ticket, and in real time we update the ticket with recommendations, read time, expected response time, and other metrics.” Of course, “bot” is just a reference point for an API — but because Facebook mentioned bots, now they’re huge. 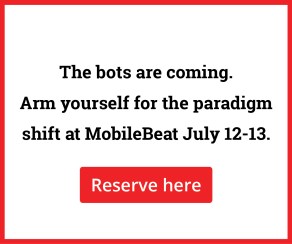 Tumbleson drew on his customer experience to talk about why chatbots could be part of fun campaigns for brands,  but cautioned that they’re also dangerous to use as the primary access points for brands and customers. “For brand interaction, chatbots are really cool. If I asked a bot from GrubHub what to eat, that could be great. But if my food was late and I knew I was talking to a bot, I’d be so pissed off,” Tumbleson explained.

Still, he believes in the opportunity promised by bots and discounted those who are discounting the trend: “Everyone’s wrong. Bots are a thing that’s going to be a part of email, text, Facebook, everything. A bot isn’t a channel. A bot is a mechanism for input and response. You’ll have a bot on your refrigerator if you don’t already.”