A recent report found that a mere 0.19 percent of all mobile game players contribute a whopping 48 percent of revenue to the games’ publishers. With this staggering statistic in mind, how can publishers not only nurture known high-spend users but also increase the value of the remaining 99-plus percent of players?

Obviously a one-size-fits-all monetization approach isn’t going to cut it.

When it comes to app monetization, segmentation is the more intelligent solution. By understanding the spending likelihood and characteristics of each player, publishers can adapt their monetization approaches to the individual. Said another way, publishers need to focus more on monetizing users, rather than monetizing apps. But how exactly do they do that?

Differing approaches according to app user

A publisher’s monetization approach to in-app purchasers should differ compared to non-spenders. Of course, to implement this blended approach, publishers must first identify individual users according to their spending habits. Predictive analytics make such segmentation possible and enable publishers to adapt their approaches as follows:

When it comes to the third group of users, the unlikely in-app spenders, publishers need to maximize the value inherent in these individuals. To that end, embracing the enhanced granularity with which advertisers today can target their spends yields higher CPMs and fill rates — and overall greater profitability — as it relates to this large base of users. On average, developers that have enabled targeting in their ad serving have seen more than a 30 percent lift in CPMs and 50 percent lift in fill rates. In one case, a developer that enabled targeting saw a 300 percent lift in fill rate that resulted in more than 1 million extra impressions per day.

Enabling advertisers to target audiences based on location and demographics is key to success in today’s crowded app marketplace. Developers must keep this requirement in mind and ensure that they have the ability to pass through user data to better inform the monetization of the individual. Particularly in the ever-expanding programmatic landscape, capturing and passing through information related to a user’s location, device and known demographics is vital to user monetization. Often, this data is right at developers’ fingertips; they simply need to remember to (literally) share the wealth. 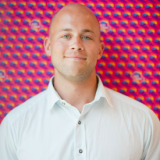 As COO of AerServ, Andrew Gerhart oversees daily operations, ensuring clients, employees, and partners get the solutions necessary to success in a social/mobile world.