Google today announced the launch of Daydream, a new platform designed for providing better virtual reality (VR) experiences on mobile devices. This is Google’s way of moving beyond the Cardboard headset introduced two years ago.

There will be a headset, a controller, and many smartphones that work with Daydream.

Google is now working with Samsung, HTC, LG, Xiaomi, Huawei, ZTE, Asus, and Alcatel on phones that meet the Daydream spec, and the first phones will become available this fall, Google VR head Clay Bavor said today at the Google I/O developer conference in Mountain View, California. The controllers, which have their own specification, will also become available this fall.

Above: The Daydream headset.

Developers can start building apps for it in the newest Android N developer preview, Bavor said.

Games will become available from EA and others. Google Play Movies, Google Photos, Google Street View, and of course YouTube will also work on Daydream. 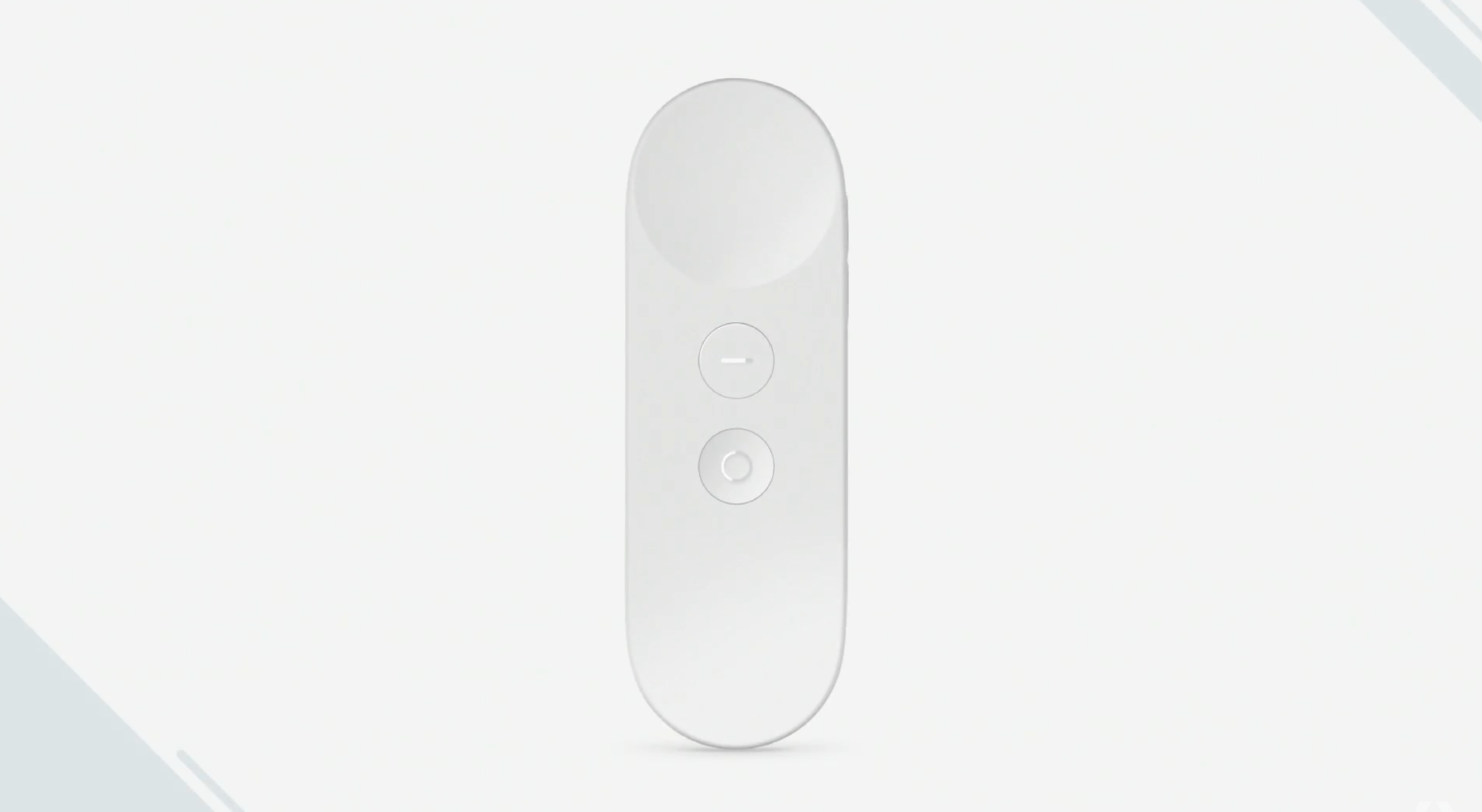 Above: The Daydream remote.

Not that Cardboard is going anywhere. There have been more than 50 million Cardboard apps installed, Bavor said, up from 25 million app installs in January.

Thanks in part to several giveaways, Google and other companies have shipped more than 5 million Cardboard headsets as of January. Google has fleshed out Cardboard with support for the Unity gaming engine and made it work with Google apps like Street View and YouTube. But clearly Cardboard is not enough for Google — there seems to be plenty more potential.

Within Google VR has become a higher priority at Google. Now the company has an actual VR business, complete with a veteran leader in Bavor. And in a striking move, Google recently reassigned Amit Singh from the top post in its Google for Work business (Apps, Chromebooks, Google Cloud Platform) to the VR business, where he is now vice president of business and operations.

While companies like Facebook and HTC took plenty of time and got everything in order before launching VR hardware, Google moved quickly to release the simple and low-cost Cardboard that required an Android phone in June 2014, just three months after Facebook announced its acquisition of Oculus VR.

Cardboard has gained momentum since then and even got a remodel after a year. But Samsung crept up and launched the more expensive but also more full-fledged Gear VR headset that works with Samsung phones.

Not very long after that, rumors about Google’s answer to Gear VR started popping up. Most recently, Engadget and Gizmodo cofounder Peter Rojas published a tweet indicating that Google is working on “Android VR” and that it would be “less powerful than the Vive or Rift.” He initially suggested that it would be introduced this week, but he has since said that it might not actually be released this week.

One thing the new system will have in common with Cardboard is the reliance on a mobile operating system — specifically Android, although last year Cardboard did get iOS support. Android has more than 1.4 billion monthly active users, so it’s something that many people are already familiar with. It’s also something Google has a lot of control over. Even on iOS, Google commands a lot of power, through the Google search integration and its many native apps. While desktops can provide power to VR systems, Google doesn’t have the leadership that Microsoft and Apple do with Windows and OS X, respectively, and one could argue that mobile is a higher priority than desktop company-wide at Google. And so it goes — VR from Google will remain mobile-first and, at least for now, Android-first.

The other thing in common is the openness, with specifications that third parties can use. That’s fascinating, because the strategy is uniquely Android, uniquely Google.

Now we just have to wait to try it and see how much better it is than Cardboard and Gear VR, and how much it lacks relative to the Vive and the Oculus.

You can do some pretty awesome things with the Daydream controller. #IO16https://t.co/GMKIrNbPYS