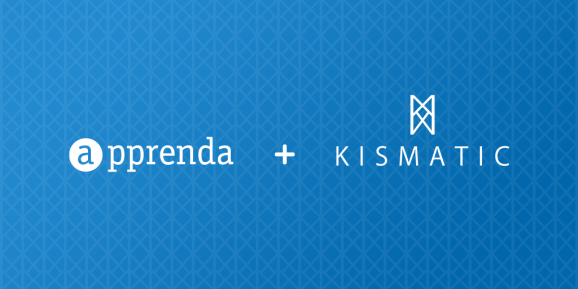 Platform as a service (PaaS) cloud software company Apprenda is announcing today that it has acquired Kismatic — a startup that provides commercial support for the open-source Kubernetes and Docker software for working with applications with code packaged up in containers.

In the past three years, containers have become more fashionable than longstanding virtual machines (VMs). You can run many virtual machines on top of a physical server, but often you can run more containers on that server, thanks to the use of just one operating system (OS) for all containers — as opposed to letting each VM run with its own guest OS — and update them more frequently. Startup Docker is credited with popularizing container technology and Google-led Kubernetes (alongside Mesos and Docker’s Swarm) and has made it easier to deploy containers across many physical machines in an intelligent, efficient way.

This technology has caught the attention of Apprenda, just as it has been embraced by PaaS vendors, including Microsoft.

“A couple of months back, we announced that we’d be integrating Kubernetes into Apprenda as the underlying cluster manager for Docker-based workloads deployed to Apprenda,” Apprenda cofounder and CEO Sinclair Schuller wrote in a blog post. “To make that decision, we started exploring various cluster managers and architectures that seemed like reasonable options. Through this investigation process, we met the folks at Kismatic and were impressed by the team and their expertise, the tech they were working on to extend Kubernetes with additional enterprise readiness, and their involvement in the OSS (open-source software) community. As we started venturing into Kubernetes, it became obvious that Kismatic could help accelerate our journey and to be even more aggressive in our goals for the Apprenda platform.”

Patrick Reilly, Kismatic’s CEO, is taking on the role of chief technology officer at Apprenda. And now Apprenda will be able to bring in revenue through commercial support for Kubernetes, which can be run on major Linux distributions. Meanwhile, “the Apprenda scheduler will manage Kubernetes clusters along with pools of Windows and Linux servers dedicated to existing, non-container based workloads,” Schuller wrote.

Last year, Apprenda announced a $24 million funding round. Based in Troy, New York, the company has 120 employees. This is Apprenda’s first acquisition.

Kismatic was founded in 2014 and is based in San Francisco. Apprenda will be retaining the startup’s office and will hire more people in the Bay Area in the next few months, Schuller told VentureBeat in an email.