Today Google revealed that it’s developing a powerful chatbot that will be able to answer people’s questions and carry out certain tasks. The Google Assistant will respond to voice queries, not just text input, making it more accessible than the M virtual assistant in Facebook’s Messenger app.

That’s great, and I’m excited about using it across many devices, including the Google Home speaker that was announced today. I look forward to talking with it in the forthcoming Allo messaging app, too. But the overall Google Assistant strategy is missing something.

But when you’re using the Google Assistant, the interaction is nearly always with Google — when you tell it to buy movie tickets, for example, you’re not talking to a Fandango bot. In fact, there are no other bots to speak of here. And beyond that, Google Home, through which you will speak with the Google Assistant, didn’t access any third-party services services during its appearances onstage; the Google Assistant chatbot referred to a few other services, but only in passing. Above: An example of the Google Assistant using OpenTable to make a reservation. The Yelp icon is visible here, too.

With Facebook Messenger and Microsoft’s Skype, people will be able to interact with a whole lot of bots. There are already Messenger bots for 1-800-Flowers and online retail Spring, and there are Skype bots for Westin Hotels & Resorts and Domino’s Pizza. In Google’s world, there is one lone bot, and that is Google — interactions with other services are brief.

You could defend this model by saying that it will be simpler for users — you don’t have to jump from bot to bot, and instead you use just one. And that’s fair.

The thing is, brands probably want loyalty and stickiness. They probably like the idea of a bot as a new surface for developing a better, more personal, and more direct and ongoing relationship with customers. In the current configuration, the Google Assistant does not leave much room for these types of relationships to be fostered, even if other services are being tapped under the covers. That could become an issue because brands could very well choose to develop bots for other messaging apps, or not even bother building for bots at all, even with all the current hype. Never mind that chatbots can be used for sales or marketing or customer support — many companies already have plenty other things to implement and maintain, and the fact that their services won’t be prominently displayed could be a turnoff. 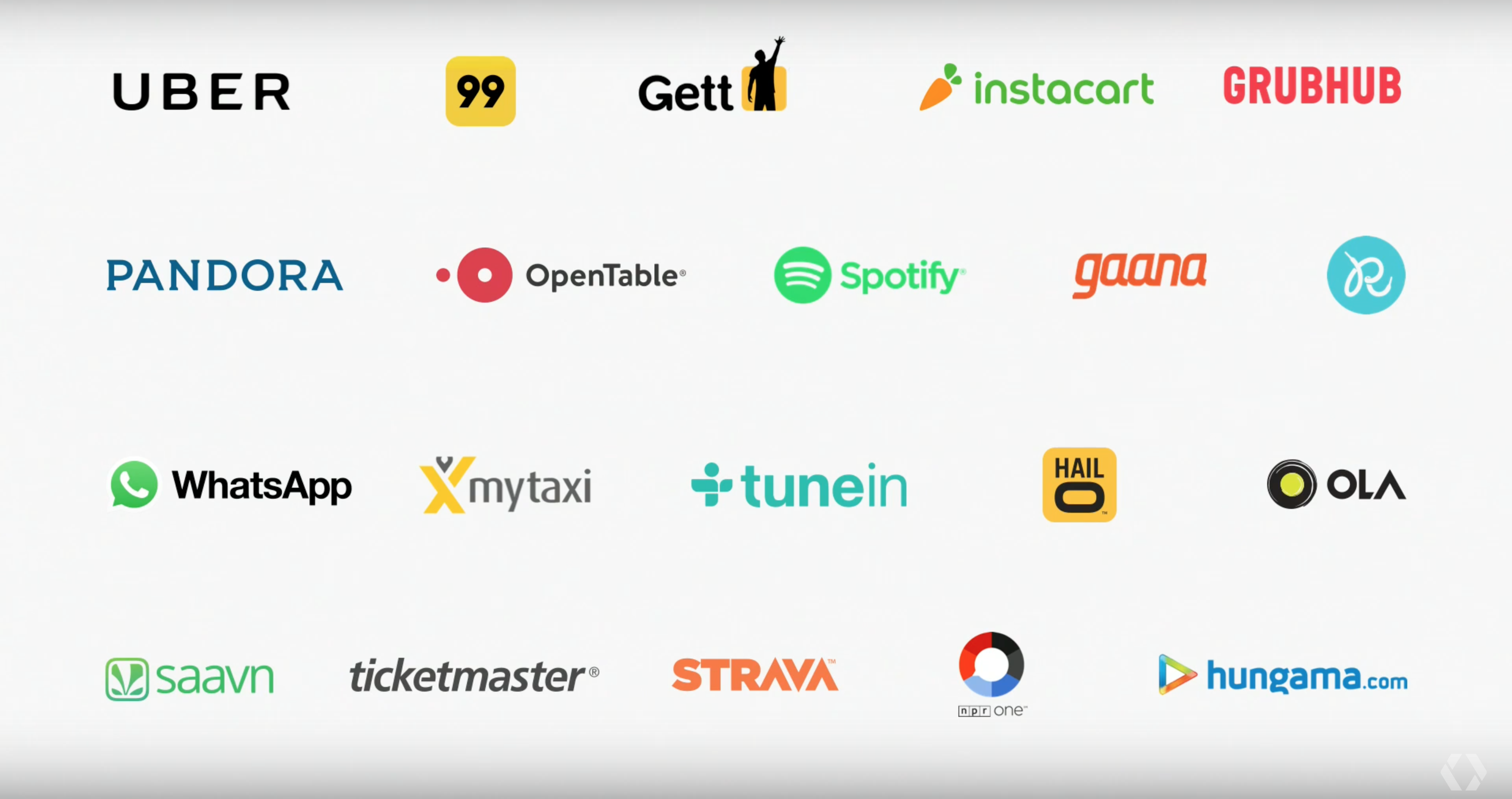 Above: Services that could integrate with the Google Assistant.

Few companies know how to work with developers better than Google, so you can reasonably expect that Google will expose high-quality tools for integrating with Google Assistant.

The question is how much of a presence other companies will have. Will they be able to build their own full-fledged, dedicated bots, or will they only be allowed to make fleeting appearances in Google’s master bot?