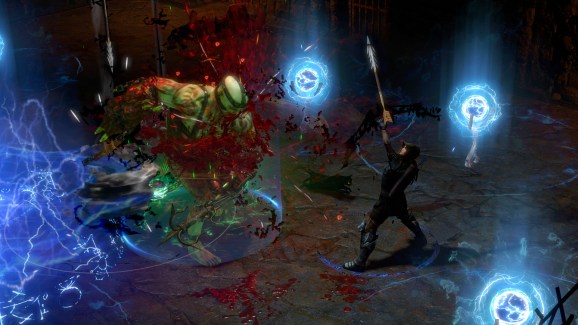 Path of Exile’s most loyal fans are about to get a new challenge in one of the world’s biggest online action-role-playing games.

Publisher/developer Grinding Gear Games said its 2.3.0 update launches June 3, bringing both Standard and Hardcore versions of the Prophecy Challenge League, along with new challenges, items, and skills. In its March rankings, market research firmed SuperData pegged Path of Exile at No. 19 in the worldwide free-to-play massively multiplayer online game market, and content pushes such as this are essential to keeping people playing — and paying.

The difference between Standard and Hardcore is if you die in the Hardcore, you step back down into Standard.

As part of the Prophecy Challenge League, players get quests from Navali, a soothsayer who gives them a prophecy — should they grease her palm with silver. The update also comes with a gaggle of new content:

Grinding Gear is also offering a special pack of Prophecy-themed gear for $60. Path of Exile’s microtransactions are all cosmetic — they don’t give bonuses to gameplay. This is what the New Zealand company terms as “ethical” free-to-play.