For the first time in franchise history, the eponymous Angry Birds can walk and talk. And they’re using their new social skills to try and take over Hollywood.

The Angry Birds Movie (out in theaters now) is the next big step in Rovio Entertainment’s multimedia conquest. The original Angry Birds game came out for iOS and Android phones in 2009, and its massive popularity helped usher in a mobile gaming industry that is worth $36.9 billion. In addition to making over a dozen spin-offs and sequels, the success pushed Rovio to bring its avian mascots outside of gaming with a ton of licensed merchandise and a cartoon series.

First announced in 2012, The Angry Birds Movie is a big bet for the Finnish company, which financed the film itself. Rovio has been struggling in recent years trying to keep up with the free-to-play mobile games dominating the top-grossing charts. Last year, it cut 213 jobs, affecting all departments except those working on the film and its related projects (like the recently released Angry Birds Action! pinball game). If the movie takes off at the box office, it could reinvigorate the seven year-old series.

But plans for The Angry Birds Movie started way before the company’s troubles. It was during the height of Angry Bird’s popularity when Hollywood studios came knocking on Rovio’s door. 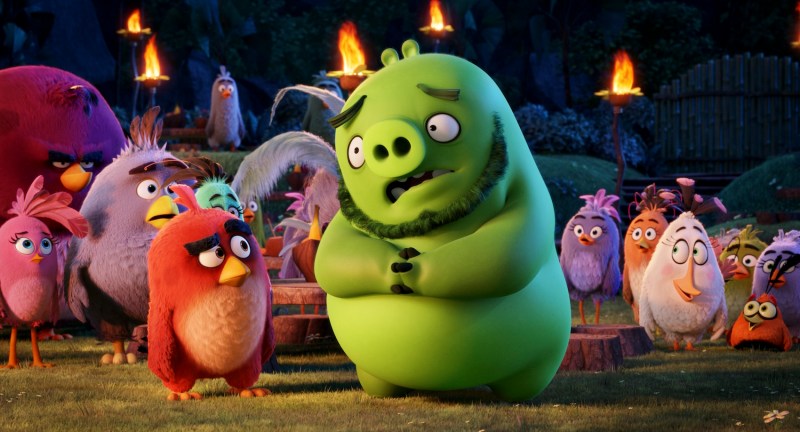 Above: Red (Jason Sudeikis) and Leonard (Bill Hader), the leader of the invading pigs.

While the developers prepared themselves for this moment, they never thought it’d actually happen. According to Rovio Animation Company chairman Mikael Hed, they designed the first game with “other products in mind.”

“We were saying, ‘OK, if the game really takes off, it’d be so nice if we could take it elsewhere — beyond the game,’” Hed said in an interview with GamesBeat. “We did do some shorter animations over the years. … We really liked our property, but I could not imagine we could go as far as making an animated feature film that could compete [with the best].”

In 2010, movie studios began contacting Rovio, and the discussions led Hed (who was CEO at the time) and others to believe that a full-length feature film might be a possibility. They immediately took long-term steps to make sure that the games wouldn’t interfere with the vision for the movie.

“We did, back then, already think that, ‘Well, what would we really want to tell with the movie that we’d like to protect?’ We chose a few of those things,” said Hed. “For instance, we never made the characters talk before. They didn’t have limbs before. [Those are] big things that really transform the Angry Birds universe. Those were very deliberately kept away from our Angry Birds world until now.” 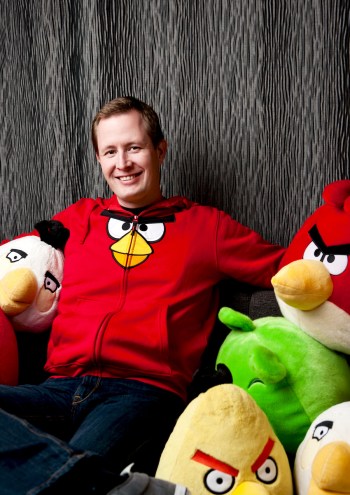 Rovio wanted to use The Angry Birds Movie to tell the birds’ origin story, explain how they became friends, and why they’re fighting with the green pigs in the first place. As with the character redesigns, this limited the stories Rovio could tell in the games and the cartoons. Hed told me they were “kinda boxed in” when it came to depicting certain storylines until the movie came out.

Eventually, Rovio teamed up with former Marvel Studios chairman (and the film’s executive producer) David Maisel, and with his help, they “formulated a strategy” that would enable the company to make a movie with its own resources. They also met with (and hired) Despicable Me producer John Cohen. The big selling point for Hed was that both men had experience with creating movies outside the traditional studio system.

Hed and Cohen came up with the story for The Angry Birds Movie with former Rovio creative director Mikko Pöllä. Screenwriter Jon Vitti wrote a script based on that story. And the script turned out to be the deciding factor for the two men who would go on to direct the film.

First-time directors Clay Kaytis and Fergal Reilly both have extensive backgrounds in animated movies, but even they were a little wary of The Angry Birds Movie before they signed on. It’s not hard to understand why. Angry Birds is the first franchise to make the leap from a mobile game to the big screen, and video game adaptations rarely turn out to be critical or commercial successes.

“Like anybody, I think [Clay and I] were both a little skeptical,” Reilly said during a recent press conference. “But then, John [Cohen] showed us the script, written by Jon Vitti, and oh man, this thing immediately set you off on a tone and gave us an indication that the movie was going to be super funny, and that it was gonna change [people’s expectations].”

According to Reilly, the key to success for any animated movie is creating “great personalities and great characters.” The directors said the script already nailed that aspect with the three main heroes: Red, Chuck, and Bomb. To craft the characters’ backstories, the filmmakers started with the basic traits from the game — like Chuck’s speediness and Bomb’s explosions — and built personalities and histories around that.

In the movie, Red (played by comedian Jason Sudeikis) has a bit of a bad temper, Chuck (Josh Gad) is a fast-talker who always winds up in trouble, and Bomb (Danny McBride) just can’t stop himself from literally exploding. Because they all live on an island filled with happy birds, they’re all considered outcasts. They end up meeting each other in an anger management class.

“[Rovio] built this triumvirate of characters that really worked well together on the page,” said Kaytis. 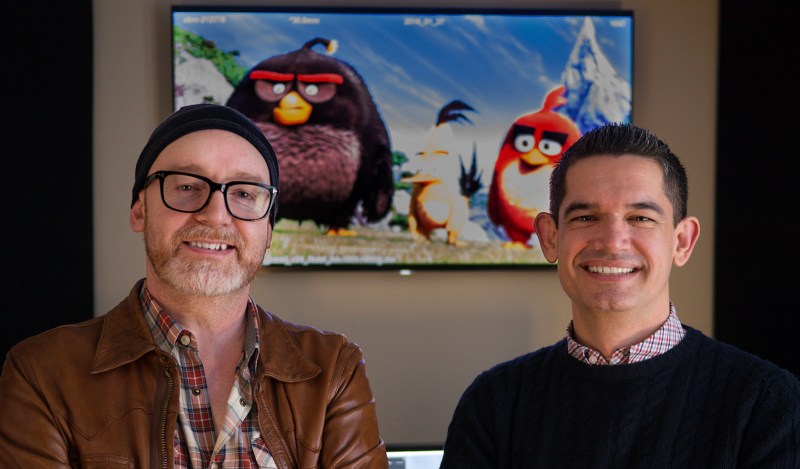 A few years ago, Kaytis became addicted to the original Angry Birds while working on Disney’s Tangled, and he used his experience with the game to place Easter eggs and other visual nods in The Angry Birds Movie. But one thing the directors were quick to point out was that Rovio didn’t tell them to recreate the game. Instead, Hed and the producers gave them “a really long leash” to shape the world and its colorful inhabitants.

“It was about creating the characters’ personalities and making them really funny and just having fun with it. And you forget about the game,” said Reilly. “We didn’t even really think about the game after we extracted the icons from it — the basic icons of Red, Chuck, Bomb, and Matilda. And then when we started to create the personalities of the characters, it just took on its own life.”

Since Rovio funded the entire film, the directors didn’t have to answer to an executive committee or a board of trustees. They just had to make the movie for themselves.

“We had to make ourselves happy. That was a new experience for me,” said Claytis. “We were making the films for [ourselves] instead of for a larger entity that expects something in return. This was really a film that we wanted to make and that we wanted to see in the theaters.” 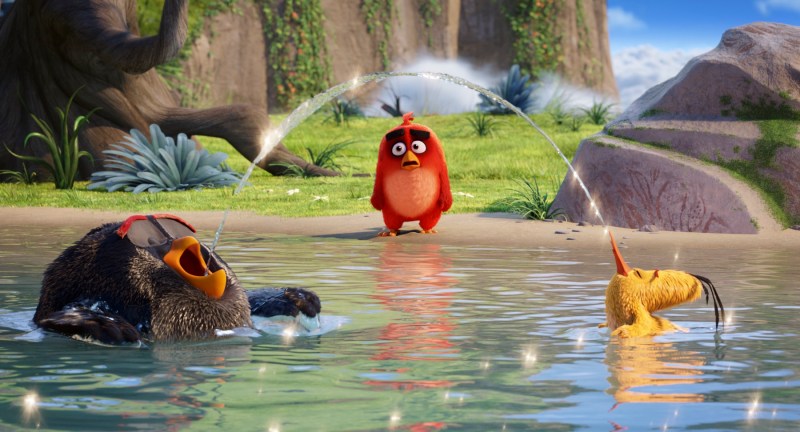 Above: The friendship — and hijinks — between Red, Chuck, and Bomb are an important part of the movie.

No matter what audiences end up thinking about The Angry Birds Movie, it’s clear it will have a lasting impact on the franchise. It sets up the next phase of Angry Birds products. Future games, for example, will use the new bipedal version of the birds.

“We see this as the third generation of Angry Birds,” said Hed. “We started with a game style [in 2009] which was a very simple, pixel-based, 2D style. Then we did our Toons, which gave us another style, a more sophisticated style based on the same characters. That was the second generation. And now it’s the third generation.”