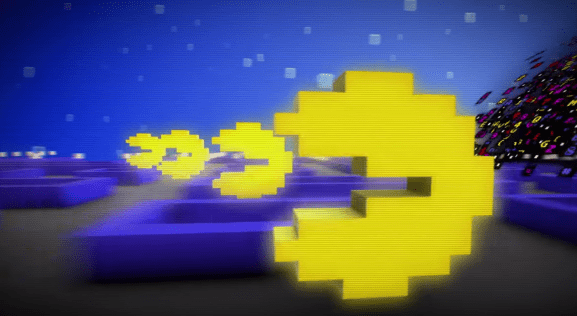 Pac-Man is heading back to consoles.

Publisher Bandai Namco announced today that it is bringing Pac-Man 256 to PlayStation 4, Xbox One, and PC on June 21. This is the same game that developer Hipster Whale produced for smartphones and tablets in 2015, but it is getting a new multiplayer mode for its jump to more traditional platforms. Unlike the mobile version, you’ll need to plunk down some cash (5 euros, according to the company’s European site — that’s about $5.60, but we’re waiting for confirmation on U.S. pricing) to download the game. This is all part of Bandai Namco’s continuing efforts to let smaller developers like Hipster Whale and its co-studio, 3 Sprockets, use beloved properties like Pac-Man to generate as much income as possible from the $99.6 billion gaming industry.

The console version of Pac-Man 256 will include a four-player local co-op game where you and your friends will have to collaborate to eat as many pellets as possible while collectively avoiding ghosts. This means that you can have up to four people sitting together on a couch and playing the game simultaneously. Each person controls a Pac-Man, and you will work together to avoid the ghosts. Because it is “local” co-op, this isn’t an online mode, and you should instead think of it as something to do at a party … if you’re cool like me and play video games at parties.

In a canned statement, 3 Sprocked director Seon Rozenblum said that his team just wants to see fans enjoying this latest version of the game. Pac-Man 256 producer Benjamin Prénom echoed that sentiment and said that was why Namco Bandai made the decision to greenlight the port.

“We wanted everyone to enjoy Pac-Man 256, so it was a logical decision to make it available on PS4, Xbox One, and PC,” he said. “The brand-new local-multiplayer mode, exclusive to the console and PC version, makes it even more accessible.”

In addition to the console release, Bandai Namco is also planning a special discount on in-app purchases for Pac-Man 256 on iOS and Android as part of the franchise’s 36th anniversary. The company is cutting the price of the coin doubler and other in-game items.