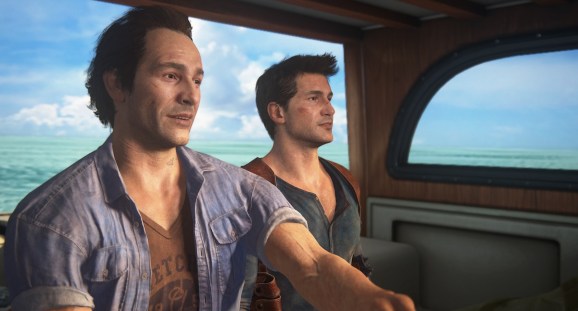 Uncharted 4: A Thief Ends is about Sam (left) and Nathan Drake.

Nathan Drake doesn’t need to discover a lost city or an ancient treasure to make a lot of money. He just needs to star in another hit game.

Before this, sales of the Uncharted series were at a total of 21 million.

“A huge congratulations goes out to (developer) Naughty Dog for an incredible feat,” Asad Qizilbash, a marketing manager at Sony Computer Entertainment America, noted in on the PlayStation Blog. “The success of the game is a testament to the caliber of the team at Naughty Dog and their unwavering commitment to their fans.”

Uncharted 4 is supposed to be the last entry in the series. You have to wonder if Sony is a bit hesitant to leave behind one of its strongest franchises. The Naughty Dog studio is becoming a bankable brand itself (thanks to Uncharted and The Last of Us). The goodwill grown from Uncharted 4 could carry over to its next release, whatever it is.

You can check out our review of Uncharted 4 here, which called Nathan Drake’s newest adventure “gorgeous and thrilling.”