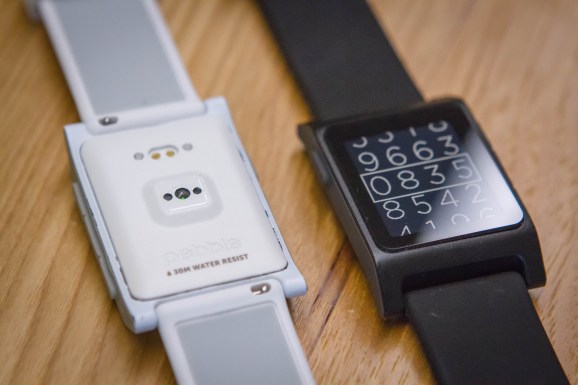 History is repeating itself.

Smartwatch maker Pebble returned to Kickstarter for a third time today, raking in thousands of preorders for two new epaper smartwatches and a funky little wearable called a “Core.” After 70 or so minutes, the company surpassed its $1 million goal (hey, just like last time), and I bet Pebble always planned on doing just that — we’re talking about the company that perfected the Kickstarter marketing strategy.

Last year, after securing enough preorders for the original Pebble Time, Pebble announced an additional watch to satiate fans: the Time Steel. Will Pebble do something like that again? A spokesperson for the company says no: “This is the product line-up for 2016.”

Anyways, here’s a closer look at everything Pebble announced today.