To simplify the tweet process, Twitter has announced that photos and usernames will no longer be counted against its 140-character limit. This change is rolling out now and over the “coming months.”

But that’s not all that’s being announced today: You’re now able to retweet or quote tweet yourself, and Twitter is finally ditching the “.@” convention it had instituted for those wishing their tweets to be seen more more broadly. All of these updates will be available on Twitter’s website, as well as its iOS and Android apps, Twitter for Mac, and TweetDeck.

Since its founding, Twitter has maintained a limit of 140 characters, and each addition, whether a link, photo, video, or username, contributed to that count. Last week, it was reported that the company would ease these restrictions in an effort to improve the overall user experience and help refine Twitter’s focus, as outlined by CEO Jack Dorsey. 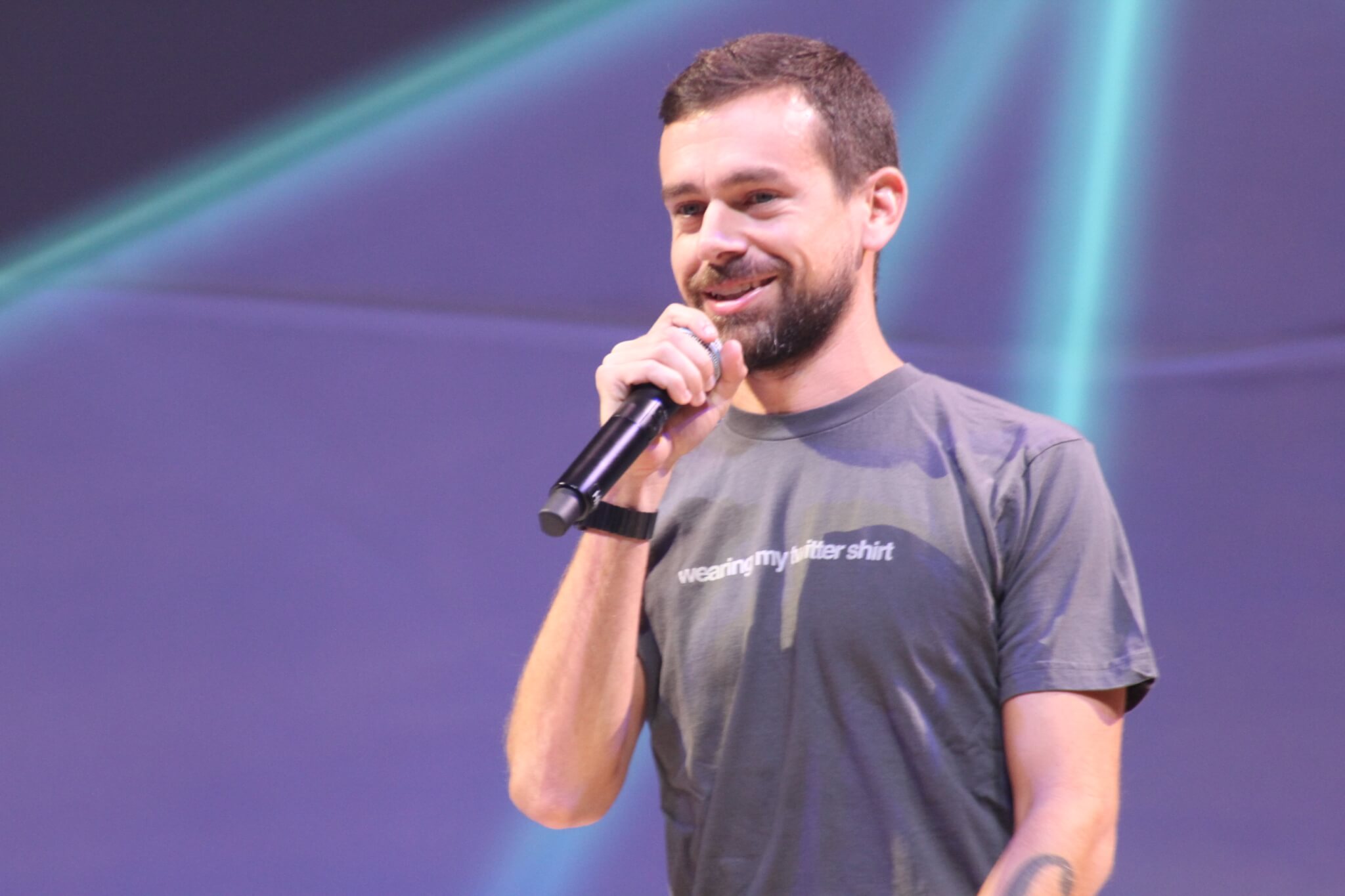 Above: Twitter CEO Jack Dorsey onstage at the Flight developer conference on October 21, 2015 at the Bill Graham Civic Auditorium in San Francisco, Calif.

Today’s changes will make it easier to compose tweets, and the exclusion of usernames from the character count should make conversing easier, resulting in less “penny-pinching” of words. The same will be true when you attach a photo, GIF, video, poll, or quote tweet — none of these will count against you.

Users will also welcome the removal of the pesky “.@” convention. Starting today, the company says new tweets that begin with a username will reach all of your followers. If you want a particular reply to be seen by all of your followers, Twitter said you can retweet it “to signal you intend for it to be viewed more broadly.”

Back in April, the company suggested such a change was coming.

These adjustments are intended to enhance the experience for existing users, but, even more importantly, to encourage more people to start using Twitter. New users may have shrugged the service off after determining that the protocols for using it were too complicated. Although some expected that the company would do away with the character limit entirely — expanding it like Twitter did with direct messages — Dorsey has denied such rumors. 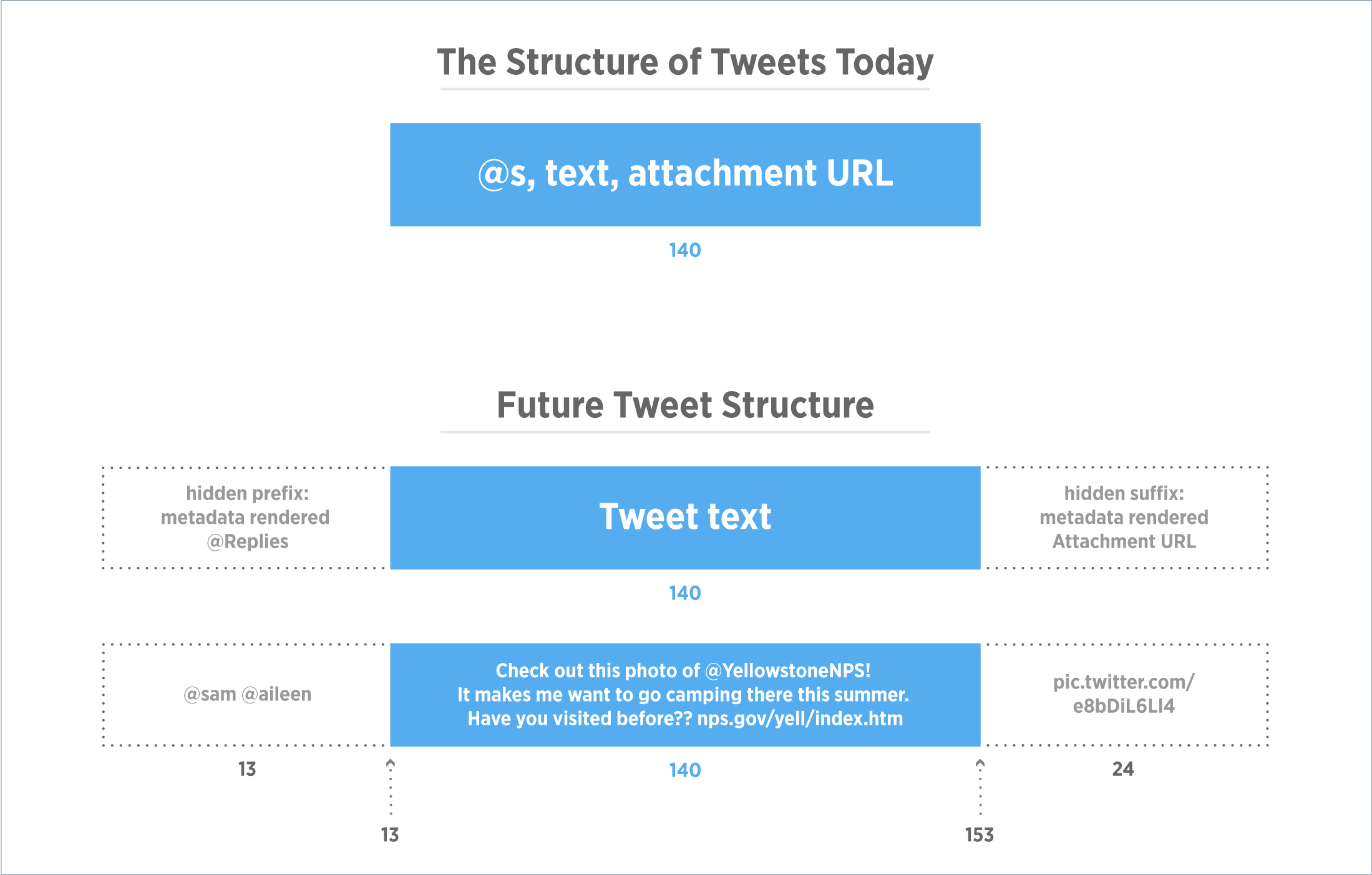 Above: With Twitter’s updated policy around character count, this graphic highlights how developers should view the new tweet structure.

“One of the biggest priorities for this year is to refine our product and make it simpler,” Dorsey said in a statement. “We’re focused on making Twitter a whole lot easier and faster. This is what Twitter is great at – what’s happening now, live conversation and the simplicity that we started the service with.”

Twitter’s CEO has committed the company to a vision that’s focused on live events and conversation. Over the past year, the company has released tools to further this objective, including polling, GIFs, and the ability to share Periscope broadcasts.

Above: Twitter illustration for developers on how replies could be displayed within their apps.

“We’re not giving up on the idea of Twitter being in the moment,” Dorsey remarked. “That concept of brevity, speed and live conversation – being able to think of something and put it out to the world instantly – that’s what’s most important. We’re always going to look for opportunities to make Tweets a lot more expressive, and enable people to say what they want to say. As long as things are fast, easy, simple and expressive, we’re going to look at what we can do to make Twitter a better experience.”

Developers are also impacted by this update and will need to account for updated services, such as Twitter’s Public REST and Streaming APIs, its ads API, Gnip data products, and services such as Fabric’s Twitter Kit for embedded tweets and timelines.

Updated as of 9:40 a.m. Pacific on Tuesday: This post has been updated to clarify that links will not be hidden from the character count, just formats that don’t have visible characters, such as pictures, videos, GIFs, polls, and more.