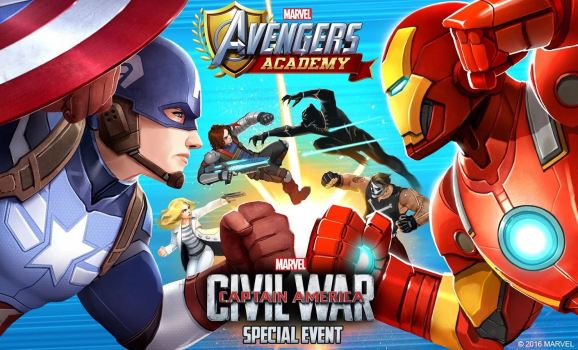 "Civil War" is popular, and that has rubbed off on the games.

Marvel’s latest film is one of its most critically acclaimed releases ever, an it’s also pushing gamers to the company’s games and other digital products.

Following the release of Captain America: Civil War late last month, apps like Marvel Future Fight have seen a huge bump in popularity. That traffic has turned into some serious revenue, which reveals just how well the comic publisher’s strategy for the gaming market is working. Google Play and the iOS App Store are responsible for a $36.9 billion gaming industry, and Marvel has several games near the top of that list thanks to its licensing work with development partners. Marvel is a subsidiary of The Walt Disney Company, which recently revealed it is applying the Marvel and Star Wars model to its entire roster of properties.

Marvel provided GamesBeat with an exclusive look at some of the numbers for its games from April 28 through May 11, which is the two-week period following the international release of Civil War. And it’s clear that the movies are a huge reason that people get excited to install and play apps featuring Captain America, Spider-Man, and Iron Man.

Here are those figures:

But these impressive performance metrics are not limited to Marvel’s games. The entertainment company also saw people hop on its content apps and website as well: 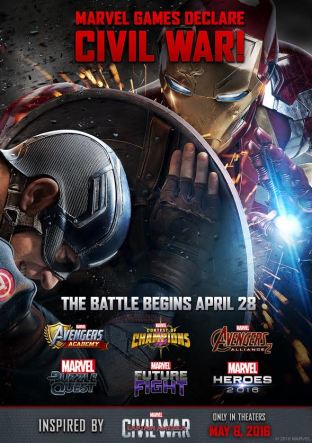 Above: The movie is leading people into the games.

“Marvel’s Captain America: Civil War has had an incredibly significant and sustained impact on our digital portfolio,” Marvel general manager for interactive and digital distribution Peter Phillips said in a statement provided to GamesBeat. “Our top-performing games, apps, and digital comics have all seen an incremental lift in revenue and installs, which is especially meaningful for products that were already topping the charts.”

Phillips explained that people were so quick to install these games in part because Marvel worked with its partner developers to introduce all of the characters and themes from Civil War. But this is not a one-time bump, because Marvel purposefully held back certain heroes until the movie-going audience had a chance to learn about them.

“The unprecedented number of characters in the film has presented an opportunity unlike past Marvel events by allowing us to offer an extended release schedule beyond the film’s debut,” he said. “We launched the film’s established characters in our games prior to the release of the film and are just beginning to roll out characters, such as Black Panther, that the broader audience is just getting know.”

While Marvel clearly uses its games to get its massive player audience excited about upcoming films and comics, this success shows that the movies also feed into the games. Disney recently canceled its Disney Infinity interactive-toy series, which was one of its biggest internal game publishing efforts. The company is obviously seeing what divisions like Marvel are doing with licensing, and it is planning to emulate that for all of its various brands.