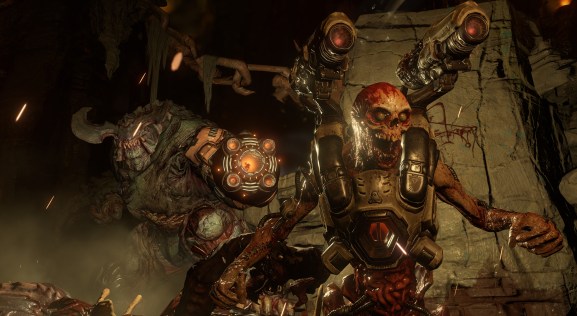 You’re still going to need to sleep with the lights on.

GamesBeat has partnered with iSpot.tv, which measures TV advertising in real time, to bring you monthly reports on how gaming brands are spending their ad dollars, and which are generating the most digital response. Below are or the top five most-engaging gaming industry brands from the past 30 days. 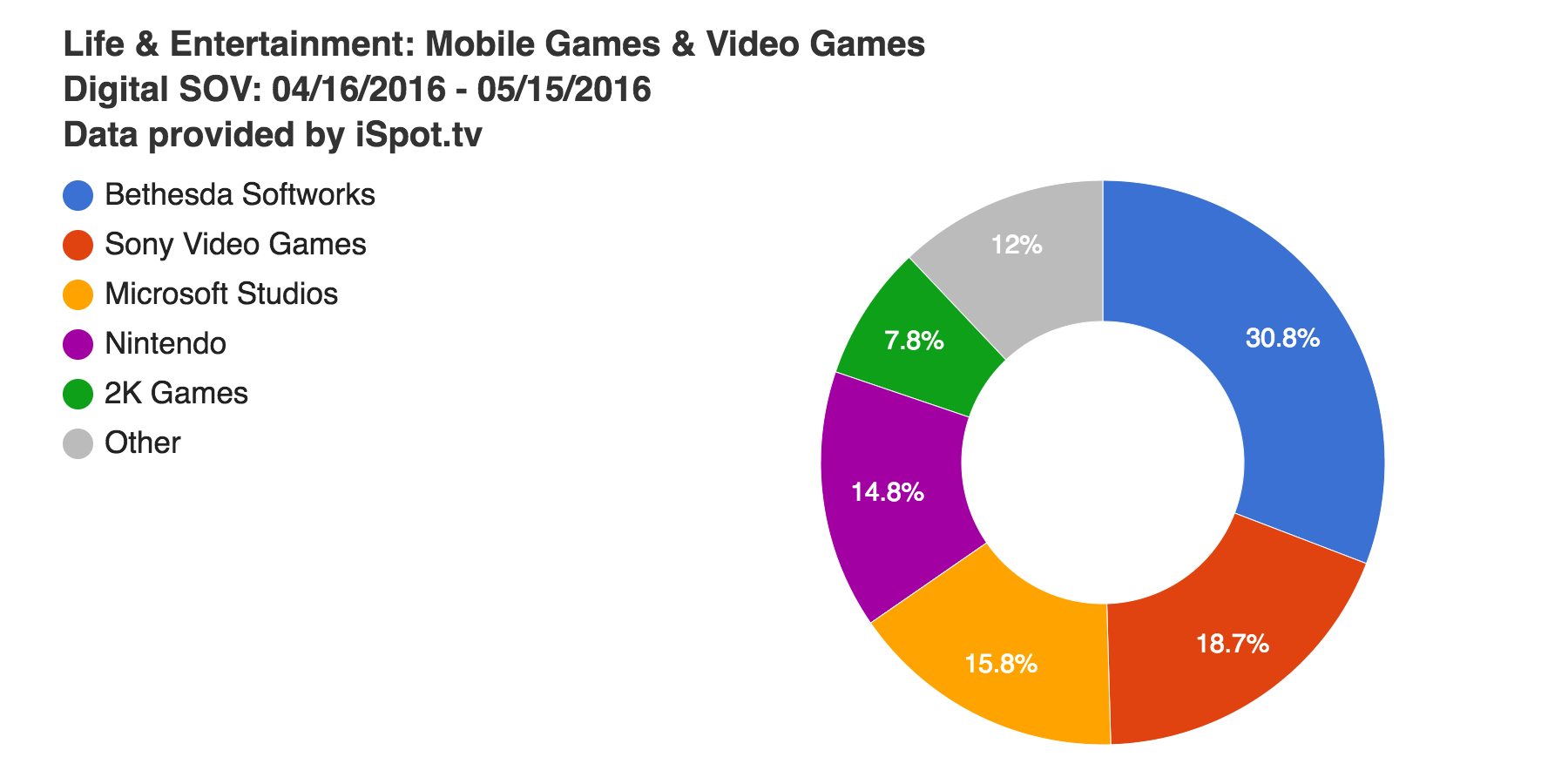 This month’s engagement leaderboard features mostly familiar faces, with Microsoft Studios slipping down, making room for Bethesda and Sony. While 2K Games held steady in fifth, Nintendo made its triumphant return as the fourth most engaging video game brand on TV.

Bethesda Softworks returned to the top, generating a whopping 30.82 percent of the industry’s digital response. Continuing to push the newest edition of fan-favorite Doom, the brand ran 2 creatives 816 times, resulting in 149.5 million impressions on TV. The brand’s most engaging spot, “Launch Trailer,” while only running 249 times, earned over 640,000 views online and over 50,000 social actions. The brand prioritized AMC for these ads, with the bulk of the spend directed unsurprisingly at Fear the Walking Dead.

Sony also jumped up the board, sliding into second place with 18.73 percent of the industry’s digital engagement. Promoting Uncharted 4: A Thief’s End almost exclusively, the brand ran four ads a total of 1,123 times, resulting in over 42,000 social actions and over 7 million online views. The brand’s top ad, “Heads or Tails,” alone accounted for 11.3 percent of the industry’s engagement, driving over 3.6 million online views.

While down, Microsoft Studios did close out this period accounting for 15.82 percent of the digital response to gaming TV ads. In total, the brand generated 8,000 searches, 30,000 social actions and 14.4 million online views through 105 million ad impressions on TV. While still spending moderately to promote Quantum Break, it was yet again Gears of War 4 that made the most noise online. The top ad, “Tomorrow,” while only running 10 times during this period, earned over 5.3 million views online.

Returning to the most engaging leaderboard, Nintendo closed this period in 4th place, accounting for 14.83% of the industry’s digital activity. Promoting only two franchises, the vast bulk of the brand’s spend went toward the reboot of classic console game Star Fox. Running ads during The Simpsons, Family Guy and American Dad, Nintendo racked up over 90 million impressions to their ads on TV, and in turn generated over 2 million online views. Of those views, 1.9 million came off the strength of the creative “Foxy Fox.”

2K Games closed out the chart, racking up over 154 million impressions on TV and generating 7.75 percent of the industry’s digital share of voice. Spending $4.4 million, 2K Games ran 5 spots 443 times on national TV, generating over 210,000 social impressions to over 6,000 social reactions. In total, the brand’s ads were viewed online in response to the TV ads over 2.4 million times. 2K Games top ad, “Live Together or Die Alone,” accounted for nearly all of those.