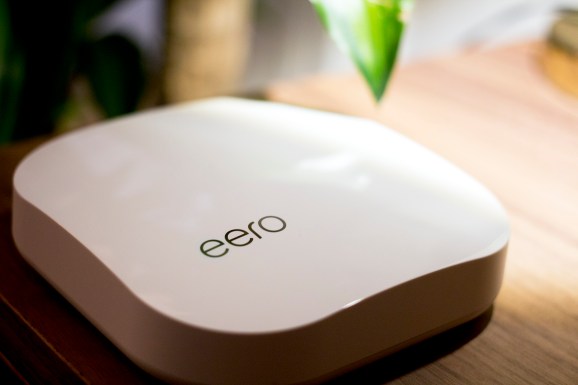 Eero, the hardware company behind a system of good-looking home routers — announced today that it has picked up a $50 million investment led by Menlo Ventures and Index Ventures.

The San Francisco-based startup says it will use the capital to expand the team and improve its customer support. The money will also fuel distribution efforts.

Though the products are already available at Eero.com and Amazon, customers will also be able to buy “one hell of a fancy router” — the kind you’d expect to see from Apple — on BestBuy.com, starting this week. Eero products will debut in physical Best Buy stores this summer.

Both Menlo’s Mark Siegel and Index Ventures’ Mike Volpi will work closely with Eero as part of the deal. Siegel will join Eero’s board, while Volpi will collaborate as a partner.

First Round Capital, Shasta Ventures, Redpoint Ventures, and Playground Global —all previous Eero investors — also participated in the funding round.

Eero has put together at least $90 million in funds since its seed round in February 2015, when the startup secured $1 million in presales in two days.