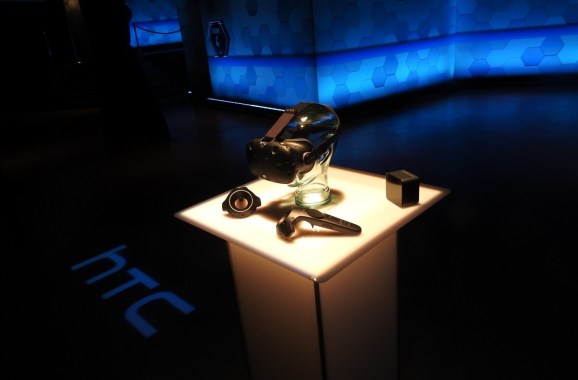 HTC has already made the hardware, and now it's making software as well.

Virtual reality gaming has introduced a number of new platform companies to a space that aren’t necessarily known for developing video games, but the company responsible for one of the best head-mounted displays is looking to change that.

HTC will show off Front Defense, its first internally developed VR game, at the upcoming Computex trade show in Taiwan next week. This new game will put players on a battlefield to fight off waves of enemies with a variety of weapons. HTC started a VR software studio to help it build experiences for its $800 Vive headset peripheral for PCs, and we’re finally gonna see what that initiative produces. VR is an industry that could generate $40 billion in revenues by 2020, according to analysts at SuperData Research.

HTC is in a position to capture a lot of that spending with its hardware, but developers don’t sell their software through an HTC market. Instead, because it is using the SteamVR tech from Valve software, it must include the Steam store. So for HTC to get a larger piece of the money from this sector, it’s going to have to make its own games and apps. Its showing at Computex is the start of that.

Front Defense isn’t the only software product in the works at HTC. The company also launched the Vive X fund that will spread $100 million on accelerating the work of developers making VR productivity apps and tools. That could potentially give HTC equity in the companies that define the future of human-computer interaction as we begin to transition from mobile phones to VR and its augmented reality sister technology that combines the real world with digital imagery.

The lesson HTC learned from building the first Android phone before getting shoved out of the market by Samsung, LG, and others, is guiding its decision-making when it comes to VR. It’s in a similar situation where it is building the first headset using the open SteamVR technology from Valve that requires hardware makers to include a digital store that doesn’t belong to them. But HTC’s attempts to get into software could help it repeat its smartphone fate in the VR HMD category.