Uncharted 4: A Thief’s End is one of the most beautiful and cinematic games ever made. This makes me wonder: Should the developers at Naughty Dog just start making movies?

The story-driven PlayStation 4 game — which sold more than 2.7 million units in its first week of sales — has such rich characters, blockbuster moments, and memorable landscapes that it seems a natural for the silver screen. And, in fact, Sony Pictures Entertainment is making a film based on the first Uncharted game, Uncharted: Drake’s Fortune. That movie is slated for a release in June 2017, according to the most recent announcement from Sony. But it seems likely that date will change.

During a wide-ranging interview with Uncharted 4 co-directors Neil Druckmann and Bruce Straley, I asked whether they felt more like filmmakers already. Their answers were surprising in that they really came down hard on the side of being game makers. Here’s an edited transcript of their comments related to the cinematic style and making films.

If you’d like to read the rest of our interview, here’s the links on saying goodbye to Uncharted, advice for game developers, Naughty Dog’s headquarters, the ending discussion, and the Monkey Island Easter egg. And here’s the full comprensive interview.

GamesBeat: The Uncharted film is out there, right? I wonder if you almost feel more like filmmakers now, as opposed to game makers.

Bruce Straley: I don’t think you could do what we’ve done with this game in a film. I don’t think that we could draw out the emotions that we do, that conflict. To understand both sides—you spend the time with Elena at home playing Crash Bandicoot. You understand that there’s a love there and a bond there. As a player you have a relationship there. And then you feel the sense of the lie, and that guilt, but you still love the adventure and understand Nate’s side. To understand both sides of the coin over the course of hours and hours of relationship-building and adventuring—it would be very difficult to do that in 90 minutes of a passive medium.

Neil Druckmann: Even in a TV show. It’s not just the time. It’s something about the interactivity. I’m there with Sam and he’s helping me through combat. I form this relationship with him through these tense moments.

Straley: When Elena reaches out her hand—when the vehicle goes over the waterfall and you’re hanging by a rope and the tree is cracking and falling, and Elena’s extending her hand, it’s meaningful to you as a player. It’s symbolic to them and their relationship. As players we might not understand that, but we feel that. 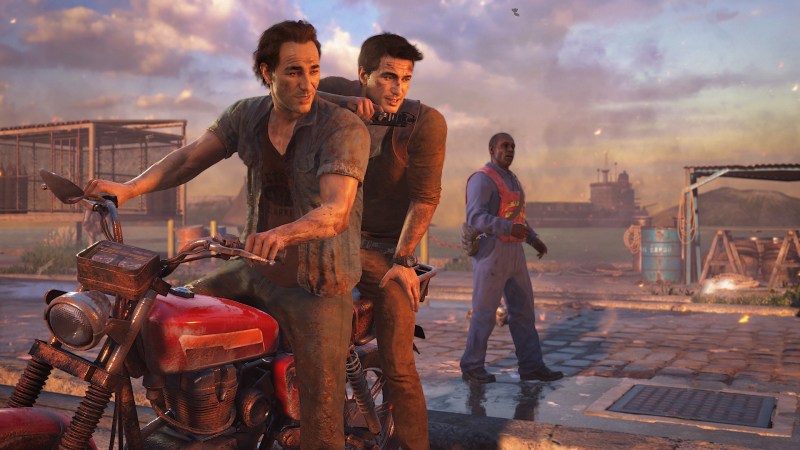 GamesBeat: I did feel like, during a lot of the moments when the two of them are moving alongside each other, there was more story being conveyed in those little conversations that would happen. Other games, maybe there’s just a cinematic that tells all the story, then gameplay, then cinematic to tell the story again.

Druckmann: When we talk about levels, we talk about where the characters are at. What are we trying to convey here in the story? The writing, the mechanics, the art, the music, everything supports that.

Straley: When you have a silent drive after an elevator lift with Elena, hopefully that feels poignant. You understand there’s a weird stiffness. There’s something between them. When you get rid of the vehicle and you’re on foot and you’re able to free up and start talking a little more and build into the adventure, build up to that table scene where Elena gets to see Nate as the adventurer she loves—

Druckmann: We’re bringing them closer and closer together. They have to interact more with each other. By the end they’re in a net together and now they have to cooperatively move and get the sword. Finally she can have a laugh at his expense, pretending to be dead, and then they’re finally back together. It took all that to bring the magic back out.

Straley: But that is funny, because the net—we talked about that as a metaphor. How can we draw them as close together and try to make them—what are ways we can have them cooperating?

GamesBeat: Maybe if you had a 20-hour miniseries to do it.

Straley: Like we said, none of those things—me moving the net and her suggesting I do that, only an interactive medium can create that. You’re not a viewer. You’re a participant. 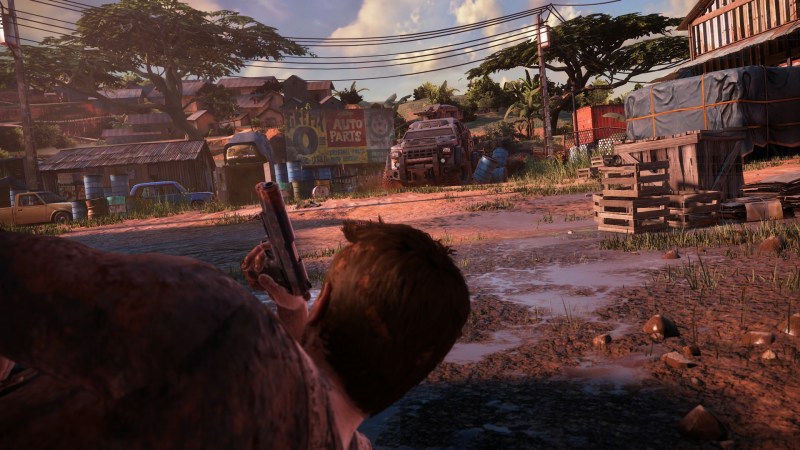 GamesBeat: On the choice issue, when former Naughty Dog and Uncharted creative director Amy Hennig gave her talk in Montreal, Warren Spector was there. He was one of the guys advocating player agency to determine how the game progresses or turns out, how the story goes. He always felt Uncharted was the ultimate in not giving the player a choice in where the story goes. How do you feel, philosophically, on this point? You have a story to tell, and the story gets told.

Druckmann: You hear this argument from both sides. “No, games are meant to have interactivity, therefore you must have agency.” Or, “No, it has to be mechanics.” I think it’s pretty ignorant to say any one thing defines gaming, when gaming is so broad. Some games give you so much narrative choice and they’re beautiful in that way. And there are games like Uncharted 4 and Last of Us, where in removing that choice and getting you to see the world through a specific point of view, you see the world differently. You question the choices in the game because you are connected through these other parts that are interactive. To us, what’s beautiful about games is that spectrum, that they can occupy all these different spaces.

Druckmann: Think of Her Story. I don’t know if you’ve played it, but it’s this beautifully told game that, when you think back on it, is completely linear. You’re just uncovering chunks. You can’t affect the story in any way. But how you’re unraveling it, because of its simple interactivity—you feel much more engaged with it.

Straley: There’s no right or wrong. That’s our biggest thing. Even when we’re trying to think of story ideas, mechanics, interweaving the two and so on—we have to free ourselves up and ask, “What if?” Anything is possible. We always have the limitation of, we have a joystick in our hands. But to limit yourself is—

Druckmann: I’ll give an example that goes back to what you were saying earlier about filmmakers. Working on the film adaptation of Last of Us, writing that script and looking at that version—it has strengths to it, for sure. But there’s the moment in the game where you’re playing as Ellie. It’s going to happen the same way every time. People will take control of her at that point the same way every time. Whenever they get to it, though—we watch focus tests and they say, “Oh my God, I’m Ellie.”

That’s such a magical moment. It’s hard to articulate why that works. Just moving that character. I’m not really affecting the story. You’ll progress the same way every time. But people connect to that on such a deeper level than they would in a passive medium, even though the narrative beats are the same. Again, I don’t know how to articulate, but there’s something magical about it. 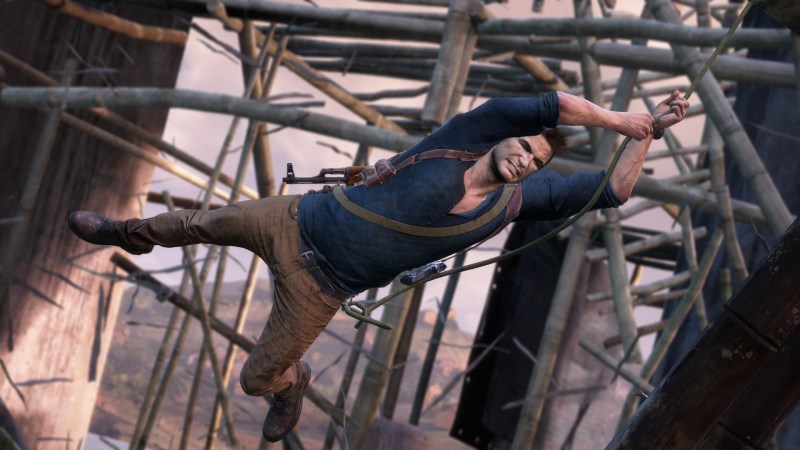