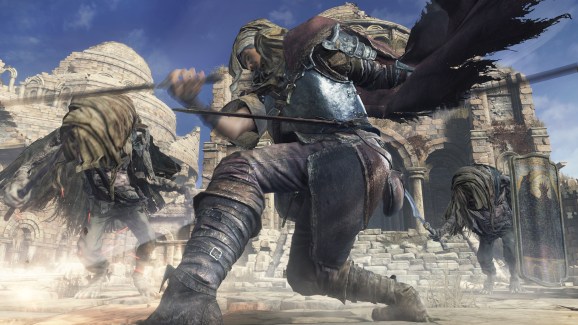 Spending on digital gaming continues to rise as more people make purchases on their consoles, PCs, and smartphones.

In April, digital game sales rose 5 percent year-over-year to $6.2 billion, according to intelligence firm SuperData Research. The company pointed out that, like usual, developer Supercell’s Clash of Clans and Clash Royale were huge on mobile, bringing in over $100 million. And esports continues to grow as its now on pace for a $892 million year from sponsorships, media rights, and ticket sales. On console and PC, it was Dark Souls III that made the biggest impact. While familiar games that have a lot of in-game purchases, like Call of Duty: Black Ops III, FIFA 16, and The Division still topped digital console revenues, Bandai Namco’s notoriously difficult role-playing adventure Dark Souls III cracked the chart at No. 5. On PC, however, Dark Souls III outperformed estimates and came in at No. 1.

Dark Souls I and II both had a number of problems on PC involving glitches and frame-rate issues, but Bandai Namco addressed those problems the third time around and is seeing the benefits.

Beyond Dark Souls III on PC, SuperData points out that all sectors of digital gaming are growing but none quite as quickly as Xbox Live and PlayStation Network.