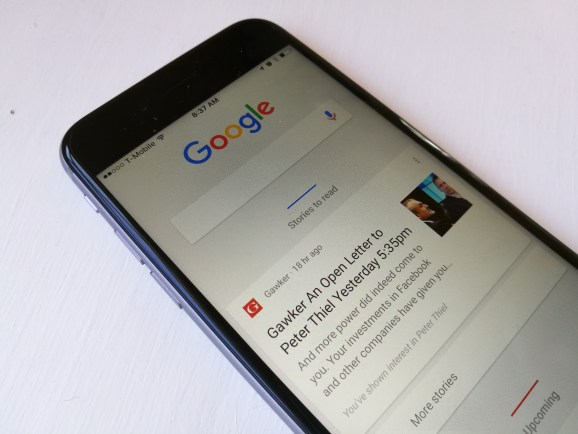 Now the AMP pages are showing up inside the Google app for iOS — following their launch in Google News and mobile Google search results. All AMP articles are displayed with a lightning bolt icon. Facebook’s competing but proprietary Instant Articles technology also uses a lightning bolt to indicate when articles are using it.

Above: Google AMP articles in the Google app for iOS.

But that’s not all — the Google app on iOS in general is about 10 percent faster now.

“Whether you can notice the difference or not, these small improvements will save app users a combined 6.5 million hours this year,” Google vice president of product management Tamar Yehoshua wrote in a blog post.

Beyond that, the app is starting to display new Google Now cards that will instantly show you highlights from sports games, Yehoshua wrote.