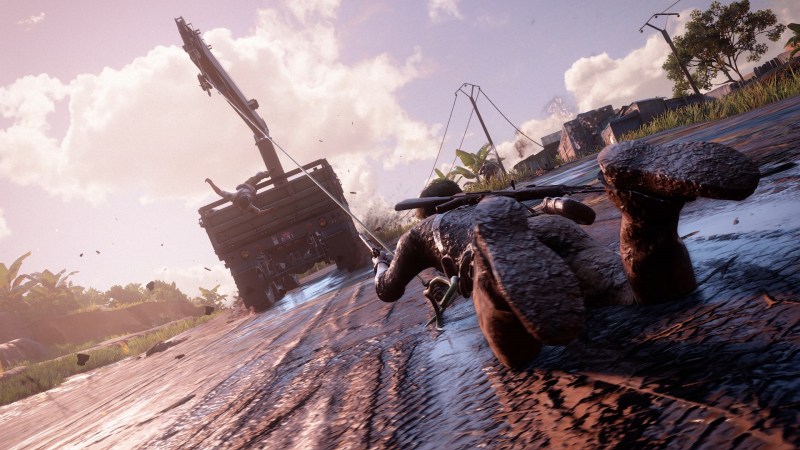 GamesBeat: The internet chatter is interesting, about Uncharted 2 versus Uncharted 4. Which one is better, which one’s the masterpiece.

Druckmann: Can’t they all be masterpieces?

GamesBeat: Two was important for just taking it up so many levels, making everything so much better. The contrast between one and two, to me, was huge. Three was very good as well. This seems like a very fitting ending. I thought it was better than three. The graphics are absolutely amazing. I’ve seen some other games this week that are coming out later, or much later, and they don’t look anywhere nearly as good as Uncharted 4. People are going to get used to Uncharted 4 graphics, and the expectations for other games are much higher.

Anyway, I haven’t quite decided between two and four.

GamesBeat: Yeah. But I will say that The Last of Us is still my favorite game of all time. 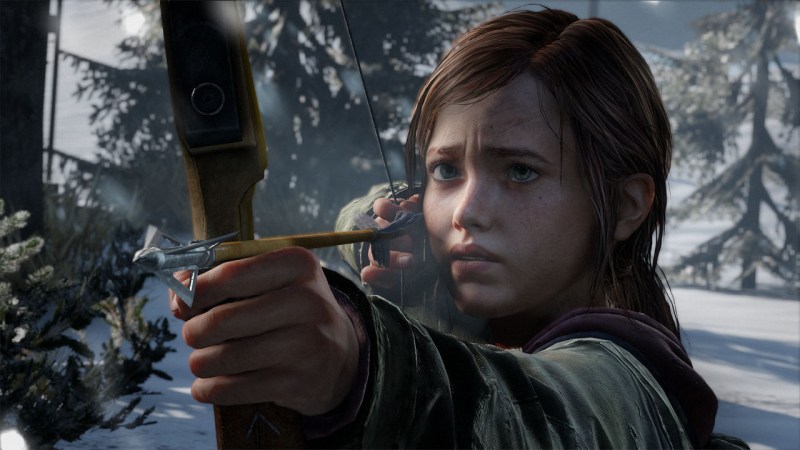 GamesBeat: I think it has something to do with the way the ending felt. Being so surprised by that ending was — I wasn’t sure whether you guys had set something up and changed your minds at the end.

Druckmann: No, the ending, all the way until the dock, that was always the plan, of them coming to a compromise. Nate has changed now. It’s always Elena to some degree. And then through production, I had lunch with one of the designers, and he was poking at the ending and saying, “Yeah, something’s missing.” I said, “What do you mean?” He says, “How do we know he changed this time? We know it, because he made that choice. But as players we’ve seen Nate get together with Elena at the end of every game. Something always comes along to drag him back in.”

I totally saw his point. We needed something else that was going to definitively tell you that this time it was different. That’s where the epilogue came in.

GamesBeat: The presence of the kids tends to cause people to settle down. I think maybe that, for me, plus the passage of so much time – because his child is so old – tells me that they’ve been in this life for quite a while now.

Druckmann: It stuck this time.

GamesBeat: I guess that’s the way you learn that this is really the end of the story.

Straley: We also talked about how we wanted to end on a high note. There was something in the resolution that felt satisfying. It was a positive ending. That felt right for the franchise as well. There’s no irony, no questions. There was closure and it was complete.

GamesBeat: Without the epilogue there is no ending, I think.

Druckmann: It’s not as definitive. You could question it. People will question it on forums and so on. They are, in fact.

GamesBeat: Is there anything else you guys wanted to talk about? Your next game? Hard at work on it already?

Druckmann: Hard at work on the single-player DLC. We’re trying to figure that out. But we’re not ready to say what it is just yet.

GamesBeat: I wonder, if you have an ending like that, how do you do DLC? Maybe you can put it earlier in time?

Bruce Straley: From your perspective, I wonder—there’s this thing we see online. We were chatting about it for a second the other day, about how people feel like there’s a—in this story, it’s got a Last of Us influence. Do you, knowing so much about Last of Us, feel that?

Straley: What do you mean by that? What were you expecting?

GamesBeat: I expected a darker story, maybe. I really expected Sam to die. Somehow that fits more in a universe like The Last of Us, as you said. I’m not sure what else I would say. It does seem consistent, at least. What would be your answer to that part? Was there anything you learned from The Last of Us that went into making this game?

Straley: For me it was about how to tell a more personal story. It’s what Neil said earlier. How do you still keep the tropes and the lightheartedness and the sense of adventure and the faster pace, but still take time to invest in character relationships and add that level of—one of the most interesting things when we were first laying out the outline of the story that I got excited by was the conflict in the player’s heart. You know Nate’s lying to Elena. We have scenes where he deliberately lies to her. But at the same time, I want to go on adventure. I have the joystick in my hand and I’m actively engaging in the adventure. I’m hooked like Nathan Drake is hooked.

To have that conflict of not necessarily agreeing with what this strong-willed person is doing as a character, yet still playing how I want to play as the high-adventure Nathan Drake character, was interesting. To then have the highest, most epic set piece we could ever create—at this time, in Naughty Dog’s path, that was the chase sequence cascading into the drag sequence cascading into the convoy. That’s the most epic thing we could produce.

GamesBeat: For that one, I almost had a problem with the trailer strategy. What do you reveal in a trailer? Certainly a trailer entices people to play the game. But if it’s the best scene in the game, maybe you want to hold it back a little to surprise players with it? I felt the same way with Elena’s line about, “Maybe you should stop lying to yourself.”

I was surprised by some of the scenes like the one where they play Crash Bandicoot together, and the conversation they have there.

Neil Druckmann: Marketing is always tricky about what you show. You have to sell the game so you can make more games. We have to hint at the themes, like the Elena line, which speaks so much to what Nate is struggling with. But we were very conscious about never showing Elena on the island, never showing anything that happens past a certain point. To us, that’s the most important part, the best part of this adventure, them coming back together in almost this Uncharted one sort of way and reliving those adventures as much more mature characters. 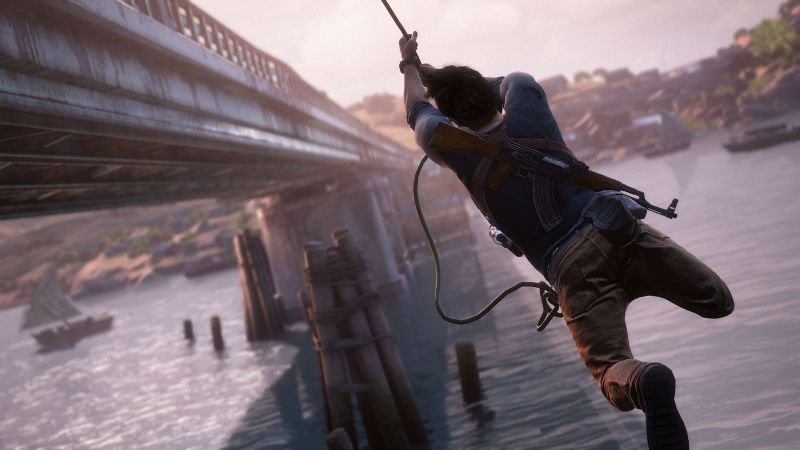 GamesBeat: I wasn’t sure how much was deliberateness here, but the parallel between what happened with Tew and Henry Avery and what was going to happen with this trio of characters here, adventurers, pirates — were they going to end up the same way? I don’t know if you were dropping the hint, or if it’s just a parallel story.

Druckmann: It’s very deliberate. We’re trying to say that this greed, this obsession, will ultimately destroy you. There’s another story in parallel, in the flashback chapter, with Evelyn, the old woman. If you pick up her notes, you see that she was married to a guy she loved. They had a kid. But she was so obsessed with the traveling and the treasure that her family life fell apart. By the time she wanted to be a part of her kid’s life, he rejected her. She dies alone and unhappy.

That also parallels—this is what could happen to your relationship if you keep pursuing these things. But ultimately what saves these characters is the love they have for one another. That’s the thing that Avery didn’t have, that Rafe didn’t have.

GamesBeat: That old memory, I thought, might come back in some way, too. Nathan would maybe tell Elena, finally, “This is what happened when we were young. This is my explanation for why I have to do this with Sam.” That almost seemed like it was the answer he should have given. But he never has that moment to tell her.

Druckmann: It’s hinted at when he gets knocked on the head and she saves him. We play this flashback and come up on the tail end of it. He’s like, “…and then we were adventurers, explorers, mostly thieves.” You get the sense that he just finished telling her the story for the first time. He’s coming clean.