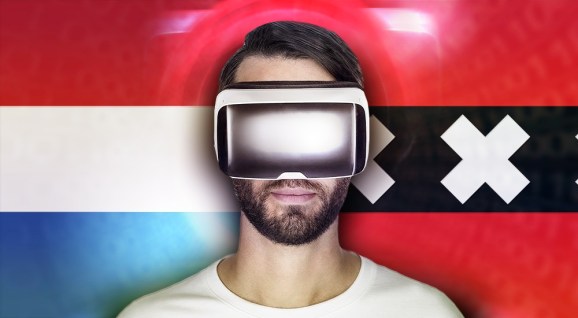 The Netherlands is already known as an innovation hub. Indeed, this past April the European Commission awarded the European Capital of Innovation (iCapital) to Amsterdam.

The country has built an outstanding infrastructure for facilitating innovation. The government has made it easy and affordable for companies to incorporate, and recently instituted the startup visa scheme as a way to attract foreign entrepreneurs. It is always in the top 10 rankings for countries with the fastest Internet speeds. And the educational system, particularly the polytechnic institutions, churns out a steady supply of creative problem-solvers.

And now the country is emerging as an epicenter for virtual reality (VR) innovation. While Dutch startups have sprung up only very recently in this space, they’ve done so in large numbers — and they’re highly concentrated in the content creation end of the supply chain.

Adriaan Rijkens, who runs the country’s top VR meetup events, estimates that there are about 30 VR companies in the Netherlands at the moment. The majority of these are content agencies, paid by their clients for each project they take on, so they haven’t had to worry about product/market fit or venture funding. The majority are also run by local entrepreneurs. But that’s likely to change as word spreads and foreign VR entrepreneurs, such as myself, join the community. And while the focus now is very much on content creation, we should begin to see platforms and product companies emerging soon too.

I was raised in Vancouver and I’m allergic to cloudy, rainy, weather, so the Netherlands, although lovely and a favourite place to visit as a tourist, was not a place I ever thought of moving to. But after doing two modules at the THNK – School of Creative Leadership campus in Amsterdam, seeing all of these Dutch VR companies, and how talented they are, visiting the world’s first permanent VR cinema in Amsterdam, and finding out about the country’s awesome startup visa option, the decision to move there was unavoidable.

While I was in town for my second THNK module, I scoured Linkedin for relevant contacts that I could interview for the sake of sanity testing my concept. I found them aplenty, and did what I usually scold others for even considering doing: I sent unsolicited connection requests.

If I had been able to stay in the country for just one more week, I wouldn’t have missed Startup Fest Europe, an epic matchmaking event run across 13 cities across the Netherlands that brings startup founders, investors, business leaders, and developers together.

But that didn’t matter because seven of the 10 VR companies I reached out to responded, and seven of seven arranged to meet with my cofounder and I during a span of three intense days.

Let me share just a handful of what I’ve learned so that you can get a taste of how exciting this landscape is.

For starters, we’re all aware of the rise of the co-working space model and how well this is doing internationally. Amsterdam has a variety of superb options like Spaces, but what will raise your eyebrows is that there is even a nascent co-working space dedicated to VR companies called VR Base. It is organized and run by Daniel Doornink, a VR pioneer and cofounder of Dutch VR Days, an annual event that is a blend between a conference and an exhibition and is testament to its hub-like status in the VR space.

About eight solid startups are currently working together at VR Base, including Lab4242. Meet Gijs Molsbergen, one of the two cofounders of a VR agency passionate about building prototypes for companies of all creeds. The agency is but three months old but already has traction with a steady base of clients.

“We are, metaphorically speaking, a young experimental inventor, inviting the stakeholders surrounding the Lab to work with us to create VR solutions and experiences that matter,” Molsbergen told me.

Most of these companies are self-funded but are itching to scale in order to realize their ambitions, which given they are all upstarts in the VR space, is understandably sky high. One of the key barriers to attracting investment and getting their hands on capital is the fact that while there are plenty of technology and content players, there is a lack of companies addressing the issue of deliverability and distribution models that fill the gap between users and products.

But community spirits are strong and each startup seems to have steady work for the time being.

Adriaan Rijkens, who I mentioned earlier, runs VR/Heroes, a two-year old VR agency based in Rotterdam. Aside from the projects he continually develops for clients, he runs two regular VR meetups — VR010 in Rotterdam and VR020 in Amsterdam. He started the events last year, and each one attracts a showing of 50 – 100 VR professionals.

So I’m slowly making the case of quantity; but what about quality?

“I do see a lot of VR companies, but I think it still lacks a lot of quality and ideas for really great VR experiences,” Marco Alting, cofounder at VR content maker dfab, told me. Alting’s company initially focused on innovative simulations for niche industries such as architecture, but it is now also entering other spaces where it can have an impact.

To address Marco’s point, we have to look to Aron Versteeg of ArtBeat, the gentleman who has to have the record in the Netherlands for having the longest track record in VR. He started ArtBeat in 2001, which means he has a whopping 15 years of experience creating VR projects.

Versteeg describes the following types of companies in the VR space in the Netherlands based on his broad view of the landscape:

The VR market is projected to hit $30 or 40 billion globally by 2020 depending on whether you reference Tim Merel at Digi-Capital or SuperData Research.

But for those who aspire to be, as Molsbergen puts it, “true belieVRs”, their aspirations will have to be tempered by the sobriety of indicators like the Gartner Hype Cycle, which currently places VR on the slope of enlightenment, with still at least four years left before we can expect the kind of maturity to arrive that allows for investor confidence. Thankfully, the Dutch are not in short supply of the two ingredients that are necessary to wade the storm: innovation and adaptability.

“I can now finally work with clients to create worlds that are creative, contain stories worth telling and solutions worth it not just to experiment for a minute, but for hours and hours of usage, over and over again,” said Molsbergen.

Amir-Esmaeil Bozorgzadeh is currently working on Virtuleap, a VR startup in the EdTech space. He is Managing Partner at Gameguise, a Dubai-based publisher of online games in the Middle East and a consultancy to global game developers and publishers that need local help in understanding and operating in the market. Follow him on Twitter: @whiteboxamir.