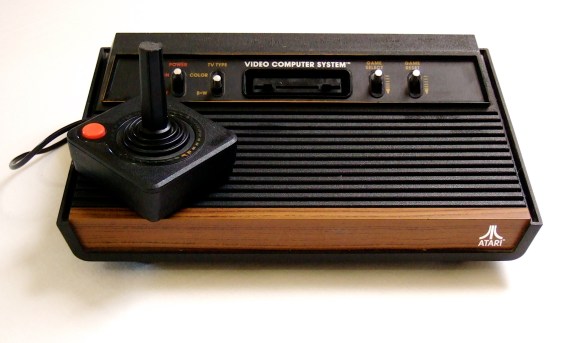 Atari announced today that it is plunging into the Internet of Things with a line of connected objects that will debut later this year.

Just what those gadgets might be, however, remains shrouded in mystery. The press release contained few details, saying only that those would come later.

So for now, let your imagination run wild with the prospect of connected centipedes slithering through your garden or sensor-laden asteroids floating through the sky over your house. Or better yet, your very own smart Missile Command placed on your roof that you can control with an app on your iPhone to shoot down annoying drones.

The legendary video game maker will develop the devices in partnership with Sigfox, a startup based in the south of France that is building a global communications network for IoT devices.

“By partnering together and using Sigfox’s dedicated IoT connectivity, we are going to create amazing products with our brand,” said Fred Chesnais, Atari’s CEO, in a statement.

Like a Dig Dug smart pressure sensor for inflating bicycle tires? Or a connected-Joust pest-control drone?

In any case, Sigfox’s network currently operates in 18 countries and runs with 7 million devices. The company is considered one of France’s hottest startups at the moment.

For now, Atari only said that this partnership “will cover a wide range of new Atari products, from the very simple to the highly sophisticated, providing customers with an easy way to know at any time where the devices are and what their status is. The initial product line will include categories such as home, pets, lifestyle, and safety.”

“Atari, which has disruption rooted in their DNA, was quick to envision the transformative role that the Internet of Things can play in interactive entertainment,” said Ludovic Le Moan, CEO of Sigfox, in a statement. “Our network bridges the virtual and physical worlds simply, reliably, and inexpensively, and this collaboration will launch a new dimension to gaming, while supporting features that are limited only by the imagination.”

Please, let that include my own Battlezone tank or Defender drone.