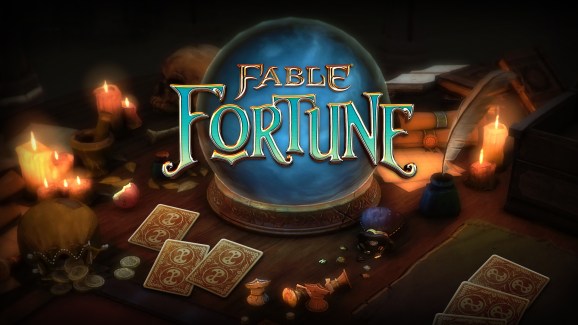 Fable Legends, a digital card game based on the fantasy series, has just started a campaign on the crowdfunding site Kickstarter. It is asking for $365,385. It comes from Flaming Fowl Studios, which was created by a team of former Lionhead Studios workers. Lionhead was the developer in charge of the Fable games until Microsoft recently closed it. Microsoft still retains the rights to the Fable franchise, but it has allowed Flaming Fowl to go ahead with its card game idea for Xbox One, PC, and mobile.

“We are close to the finish line, but it is going to be impossible for this small indie studio to complete and launch the game without your valued support,” Flaming Fowl notes on the Kickstarter page. “It takes a lot of resources to not only launch a game like this but to continue to support and develop it. Microsoft have helped us by giving us the license for Fable Fortune, but they are no longer investing in the project. We need to secure the remaining funds ourselves to complete development. To be clear, all the funds we raise on Kickstarter will solely be spent on the development of the game.”

This Fable will look familiar to anyone who plays Hearthstone, the digital card game from Blizzard. Both have two players defending a hero character by playing minions and spells. Of course, Hearthstone itself took plenty of inspiration from Magic: The Gathering.

Hearthstone makes $20 million a month, so it makes sense that Microsoft would be willing to help this new studio make its own entry into the $1.2 billion digital card game market. It’s also not the only company working on a Hearthstone clone, as Bethesda has an Elder Scrolls-inspired card game in the works.