The most common action? Watching ads.

“Free-to-play games make money from in-app purchases or advertising. Reward-based models marry both of those and make a nice third option for the mix,” says TapResearch VP Michael Sprague. “We saw a bit of a rocky road at the beginning as ‘incentived advertising’ painted a negative image on this model, but we are now in a place that if you’re not using rewarded video, then you’re doing it wrong.”

Mobile monetization is challenging, of course, with studies consistently finding that a very low percentage of people — generally, low single digits — are willing to part with cash in exchange for games or other apps.

Why do people want virtual cash? To improve their gaming experience, of course: 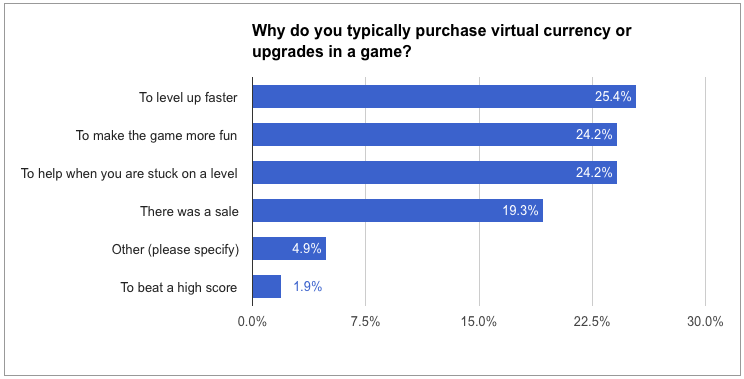 Sprague, who was formerly with the virtual rewards platform Kiip, says that the second-most-common activity for earning virtual rewards is completing a survey, with 74 percent of respondents saying they’ve done that. (TapResearch, of course, offers mobile research monetization for app publishers, so it is not exactly a disinterested party here.)

Watching videos is clearly the leader in terms of what users prefer. When asked what their favorite activity is for earning virtual cash, 70 percent said watching a video. Probably because it requires more active involvement, less than half that number — 31 percent — say completing a survey is their favorite.

For obvious reasons, the least favorite was completing an offer, like signing up for Netflix or Amazon Prime. Few like to give away their personal information, especially their credit cards. 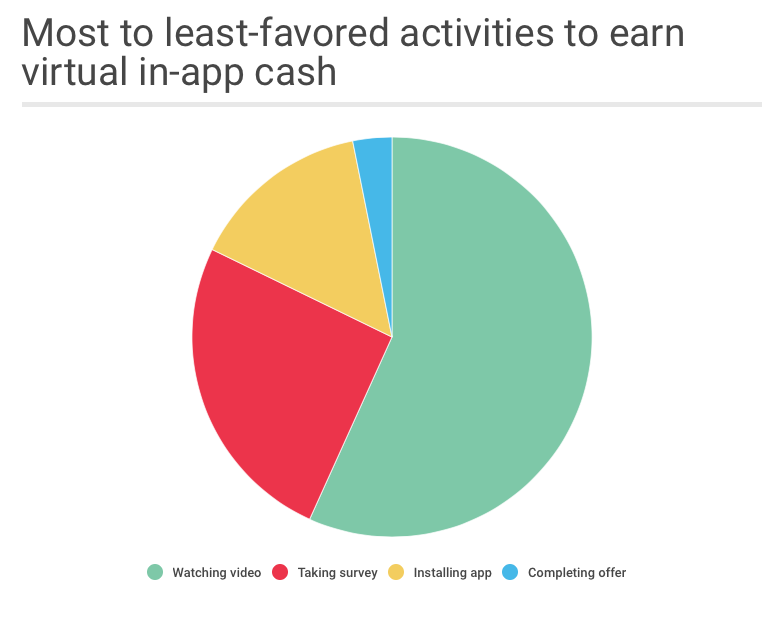 “Another interesting piece to rewarded monetization is the psychology behind it. Video is great for a quick 30-second save when users are in ‘gaming mode,'” he told me via email. “Surveys take a bit more commitment and work better when users are in ‘shopping mode.’ It all comes down to expectation setting and user choice.” 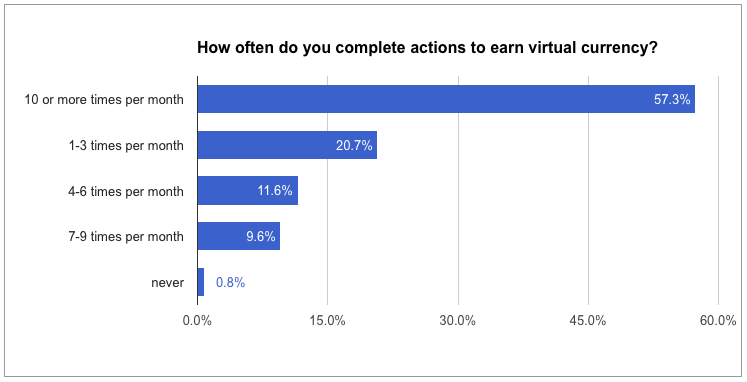 One note to remember: TapResearch surveyed just under 400 mobile users for the research. For better, more statistically significant results, 1,000 or more would have been preferable.