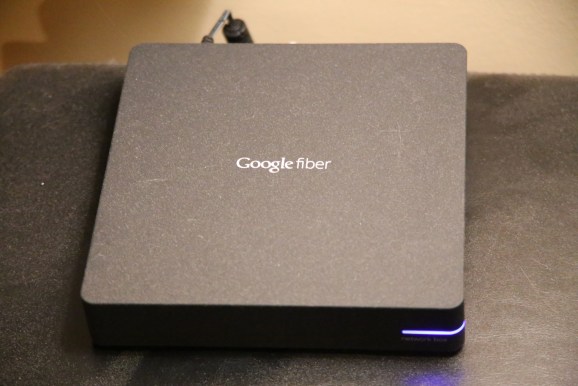 Google today announced that it’s bringing the Google Cast technology — for streaming media content from a smartphone or desktop computer onto another screen — to the Fiber TV service that’s available to subscribers of Google Fiber high-speed Internet. The feature is rolling out to all Fiber TV subscribers in the coming weeks.

The Fiber TV set-top box isn’t the best-known choice for cord-cutters; Roku, Apple TV, and Amazon Fire TV are also available. But for people who already pay Google for Internet access, Fiber TV can be a tempting option — there are more than 150 channels, DVR, and the ability to use your smartphone as a remote control. Soon subscribers will also be able to do more with other devices just by tapping on the Cast button.

“Google Cast gives you access to thousands of apps, right on your TV screen,” Google Fiber product manager Jared Nusinoff wrote in a blog post. “That means you can seamlessly enjoy the best of online entertainment and TV without changing inputs. At the click of a button, you can watch the Game of Thrones premiere on HBO, then head to Netflix for the latest season of House of Cards. You can DJ your party with Pandora, then scroll through pictures with friends using Google Photos. You can watch and listen to everything you love, whenever you want.”

The Google Cast app, which shows a list of Cast-enabled apps, used to be known as the Chromecast app. After all, Google Cast is what powers the Chromecast dongles that you can install on your TV or speaker system. And now that same Cast technology has been extended to another device.

Of course, this feature is restricted to just a few places in the world, because Google Fiber is available in just a few cities. But hey, the list of Fiber cities is expanding.