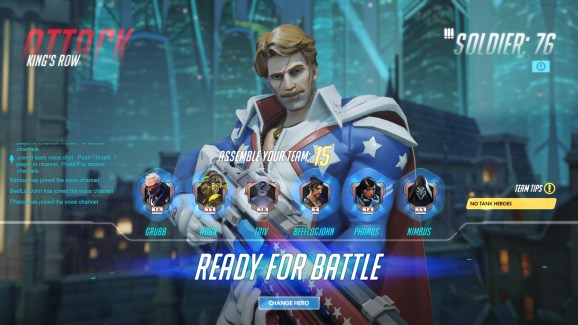 I spent extra money on Overwatch, and now I want a reason to spend more.

After putting a few dozen hours into Blizzard’s new shooter, I started getting thirsty for some of the alternate looks for my favorite characters. That craving led me to spend $40 on 50 loot boxes in Overwatch, the most expensive purchase in the store. I recorded it so you could see what I got, but I also have some thoughts now that I’ve put some money into the in-game purchases because I’m worried that I’ve got nothing left to look forward to.

Overwatch is already $40 on PC and $60 on console, but it also includes the option to spend extra money on cosmetic items. This is something we’ve seen bring a lot of success to games like publisher Valve’s military shooter Counter-Strike: Global Offensive. Traditionally, these kinds of in-app purchases would fund a free-to-play game, but Valve and now Blizzard are proving that gamers are more accepting of spending extra money to get certain in-game content faster.

To help prove Blizzard right, here’s me opening all 50 loot boxes and then spending some of my coins on specific items that I wanted:

It took me around 12 minutes to open my loot boxes. That’s a quick way to say goodbye to two Tubmans. My plan was to get the Legendary looks for all of the characters I play most.

By the time I got all 50 boxes open, I accomplished that goal.

I was hoping to get Lucio’s hockey skin, Hazon’s Lone Wolf look, and Genji’s Bedouin for my collection. I now have all of those alongside my Agent 76 dardevil outfit, Tracer slipstream skin, and Reaper El Blanco. Now, I still want a few other skins for characters like Zarya and McCree, and I am now chasing after highlight intros and emotes, but — overall — I think I’m already anxious for Blizzard to update Overwatch with new content.

I know the publisher is hard at work getting the competitive mode ready for a release late this month, but I hope that comes with a new legendary skin for each character and maybe a few new emotes and intros.

If I have to wait a few months for new skins, I’m going to really regret spending this money because I probably just messed up the progression for myself. Instead of getting super excited about unlocking Hanzo’s lone wolf outfit, I bought it and now I’m kinda looking for the next thing to covet. Hopefully, Blizzard comes along and gives that to me soon.