Valve updated its Hardware & Software Survey today for May, revealing that there is a new top dog in the Steam gaming community: Windows 10. The latest and greatest from Microsoft is growing quickly, but on the whole it’s still below 20 percent market share. Gamers tend to be early adopters, however — on Steam, the figure is already over 40 percent.

We wouldn’t be surprised if Windows 10 passed the 50 percent mark before the end of the year. In fact, all other Windows versions are losing adoption on Steam, meaning Windows 10 saw big gains in May. 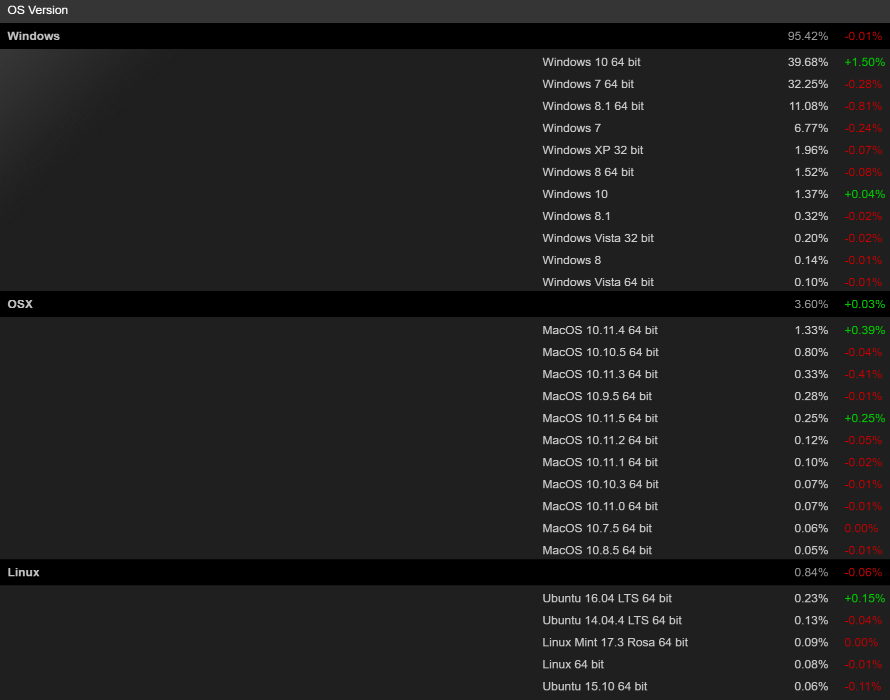 On the whole, Windows still dominates Steam. OS X gained 0.10 points while Linux slipped 0.06 points each in May, but these are minor changes. While the three operating system families fluctuate from month-to-month, Windows has been above the 95 percent mark on Steam for as long as we can remember.

Windows 10 was installed on over 75 million PCs in its first four weeks. It passed 110 million devices after 10 weeks, 200 million in under six months, 270 million after eight months, and most recently 300 million after nine months.

Microsoft is aiming for 1 billion devices running Windows 10 “in two to three years.” It’s still too early to say whether it can hit that target, but gamers on Steam are certainly doing their part to help.