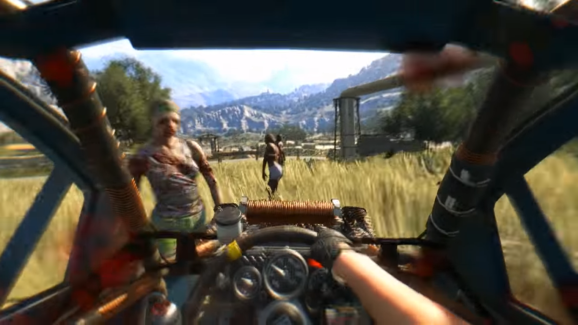 Dying Light was one of the best games of 2015, and now its Polish developer is expanding its operations.

One of the best game developers around is expanding its operations into the publishing business.

Techland, the Polish studio responsible for the excellent Dying Light, is transforming into Techland Publishing, with the goal of bringing more games to the global market. The company is best known for producing the early Dead Island games, Call of Juarez, and Dying Light, but now it also wants to start publishing other developers’ games as well. The company is one of a handful of successful developer based in Central and Eastern Europe along with CD Projekt Red and Crytek. Gaming is a $99.6 billion industry worldwide, and Techland could peel off a chunk of that for itself if it finds success with its new model.

In a statement, Techland chief executive officer Pawel Marchewka said that he wants to launch two major big-budget multiplatform games per year and four smaller digital-only releases. That would put it on the level of a competitor like Saints Row publisher Deep Silver.

In today’s gaming market, it’s easier than ever for a smaller studio to release a game without the help of a publisher, but Marchewka thinks Techland will attract talent because it knows what studios want. The CEO also points to how Techland has turned to its internal staff to launch and promote its games.

“As a developer, we have worked with many renowned publishers in the past so we know first-hand what makes these kinds of collaborations efficient and satisfying for both parties,” he said. “After the successful promotional campaigns for Dying Light and Dying Light: The Following, led by our own dedicated team, we believe this is the perfect time to use everything we’ve learned and help other developers.”

Finally, Techland gave an idea of what it is looking for. It wants developers that are making something different but is also still fun.

“We believe in a flexible and open publishing philosophy, based on respect for the players,” said Marchewka. “We will encourage and financially support developers through investing in bold, unconventional games with great entertainment value.”