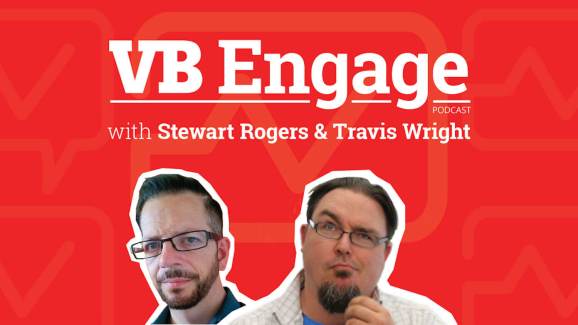 In the third episode of VB Engage — the new podcast from VentureBeat that aims to be brutally honest about marketing and mobile engagement — Travis and Stewart dive head first into the Gen Z sensation that is Snapchat.

And we find out how Joel Comm is generating thousands of views per snap by letting his inner 12-year-old out every day.

In 2016, Snapchat has gone from 8 billion to over 10 billion video views between February to May. That is incredible growth, despite there being no easy way to discover users. As a result, we’ve seen third-party solutions appear from the ecosystem around the ephemeral network: Ghostcodes, for example, is an app that attempts to fill this void. 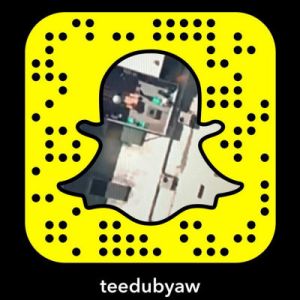 We discuss why Snapchat is so popular, and why it is going viral. One reason? If you don’t check your friends’ snaps, then you miss out — FOMO in its highest form.

Stewart explains how many users follow lots of people in the hopes of being followed back. How do they still see what their real friends post? They rename each actual friend to something like “1. Travis,” which helps them to find their best friends quickly and watch their daily snap stories. 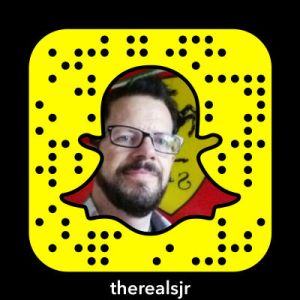 We also talk about Wow Air, an Icelandic airline that recently had a Snapchat competition where it gave its winners free trips all over the world. The catch? The winning snappers have to take snaps and share them all over social media. What a chore. Did the campaign work? Listen to find out.

Continuing the Snapchat theme, today’s interview is with internet pioneer Joel Comm, as we discuss Snapchat, live video, and his collection of old school video games,. 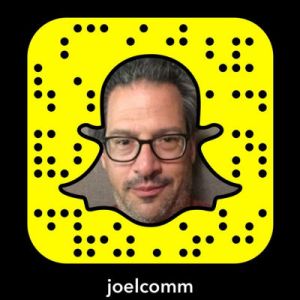 Joel has a process for creating stories. He always asks himself “what if?” That’s how you enter into a story. Joel is very comfortable with letting the story take him where it wants to go. In this episode, he shares this fun process and explains how it helps him create unique content.

And because Joel is also a huge fan of live video, we discuss the differences between Facebook Live, Blab, and Periscope. In essence, Joel is a broadcaster at heart and loves to share his stories.

Joel also shares his advice on how to grow your audience on any new platform. The advice comes from his experience of installing, learning, playing and experimenting with all the new social platforms. Instead of doing a ‘land grab’ for new users, Joel builds his following through storytelling.

We also discuss the four tiers of Snapchat advertising, from the Discover tab, to the geofilters, and custom augmented face filters. There’s a lot to like about Snapchat’s monetization strategy, and we break it down for you.

Tune in next time for our interview with Sarah Austin where we discuss data science, chatbots, and artificial intelligence.