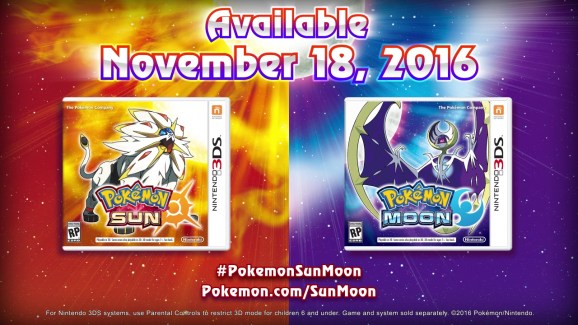 Nintendo has said that The Legend of Zelda for the Wii U is the only game it will show at this month’s Electronic Entertainment Expo in Los Angeles. However, you’ll see more than that from the Japanese company if you watch its stream that takes place during the event.

Nintendo’s Treehouse: Live at E3 stream will run from June 14 through June 15. The first day will showcase The Legend of Zelda for Wii U as expected (no NX version, sorry), but it will also have gameplay for the next Pokémon games, Sun and Moon. Those anticipated 3DS titles come out November 18.

The second day is full of role-playing games, including Monster Hunter Generations for the 3DS, Dragon Quest VII: Fragments of the Forgotten Past for the 3DS, and Tokyo Mirage Sessions #FE, for the Wii U. It will also feature a Pokémon GO developer Q&A which could give us new details on the anticipated mobile game.

You can watch the stream live on those days at YouTube and Twitch.

At least one notable upcoming Wii U release (and believe us, there aren’t many these days) isn’t on the schedule: Paper Mario: Color Splash. That game was announced during a Nintendo Direct stream in March and only has a vague 2016 release window. Metroid Prime: Federation Force, a 3DS game that focuses on four-play cooperative play, also isn’t listed despite it coming out on August 19. Both games could still show up, but those are also two upcoming titles that have recieved backlash from fans — Color Splash for not focusing on turn-based role-playing game mechanics and Federation Force for not featuring Metroid hero Samus.