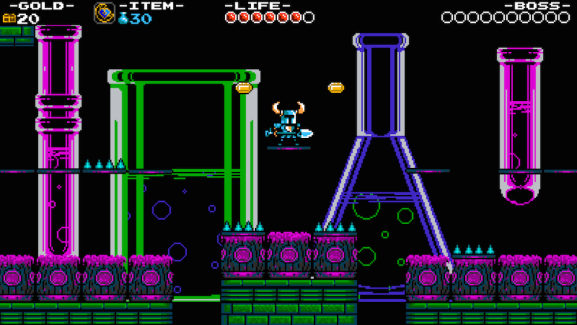 One of the coolest games to come out of Kickstarter is getting some more stuff for us to play with in the near future.

Shovel Knight, the throwback platforming adventure, is getting an update that will add two new characters to the campaign. Developer Yacht Club Games announced on Twitter that it is creating campaigns for the boss characters Specter Knight and King Knight. As the studio did with its previous additions, it is tailoring the gameplay for the abilities of those characters. This means that each character is essentially getting its own campaign with its own story beats to play through. Shovel Knight generated $311,502 after asking for $75,000 on the crowdfunding Kickstarter platform in 2013. It has also surpassed 1 million copies sold. Delivering King and Specter was part of a stretch goal for that project, and it should complete the game Yacht Club promised following that campaign.

Yacht Club has not yet announced a release date for the new content. On Twitter, it explained to fans that it is working on both the Specter and King Knight campaigns simultaneously to save time, but that is also pushing back the eventual release.

The studio also said that it will release the Specter Knight and King Knight campaigns separately but “close together.” You can also expect to get the content no matter which platform you play on. Shovel Knight is out for PlayStation 4, Xbox One, Wii U, 3DS, and PC, and all of those platforms should get the updates around the exact same day and date.

Finally, Yacht Club Games did hint a bit about its future. Since the next two updates will complete the Kickstarter stretch goals, the studio can consider their promises fulfilled. That means the folks at that company can start thinking about its next game.