Blizzard Entertainment and Facebook have teamed up to weave Facebook identity and social networking services into the enormously popular Overwatch PC and console video game as well as other popular Battle.net games.

For Facebook, which has its hooks into a lot of social and mobile games, the deal with a Triple-A blockbuster company like Blizzard is a stamp of legitimacy ahead of the big industry trade show, the Electronic Entertainment Expo, which starts next week in Los Angeles. For Blizzard, it means it will be easier to verify a player’s real-world identity and share gameplay in a massively social way.

Facebook integrated its Facebook Login and Live applications programming interface into Blizzard’s Battle.net online game service and its Overwatch game, which reached more than 7 million players in its first week. Facebook has made a big push to make its livestreaming video more popular in competition with Amazon’s Twitch and Google’s YouTube livestreamed videos.

“It’s now exciting that Facebook Login and Facebook Live are now a part of Battle.net,” said Leo Olebe, global games partnerships director at Facebook, in an interview with GamesBeat. “So for any Blizzard game, and Overwatch is the newest, you can use Facebook Login to connect with friends better and do social gaming.”

The Facebook Login will go live later this month with Battle.net games such as World of Warcraft, Heroes of the Storm, Hearthstone, Diablo III, StarCraft II, and Blizzard’s most recent blockbuster release, Overwatch, using their Facebook accounts. That could help Blizzard address the problem that comes with anonymous accounts, such as hate speech and bullying.

Adding Facebook Login will also pave the way for new social functionality in Blizzard games while highlighting Facebook as a platform of choice for sharing, viewing, and discussing AAA game content. As an example, Blizzard is in the process of incorporating Facebook’s Live API in order to add “Go Live” streaming functionality for its games.

“We’ve worked on it for many months,” Olebe said. “The most important thing was to build something that is incredible for people, and Blizzard is always amazing at that. They had to really get behind this.” Players will be able to livestream their Blizzard-gaming sessions directly to their Facebook news feeds, timelines, and friends. Friends can subscribe to feeds and get notified when new streams are available.

“Blizzard games are best when played with friends, so it’s important to us to provide our players with features and services that make it easy and fun to share their experiences with each other,” said Gio Hunt, executive vice president of corporate operations at Blizzard Entertainment, in a statement. “We’re working closely with Facebook on this integration for Overwatch, as well as our other games, and we look forward to sharing further details on our plans as development progresses.”

As part of the collaborative arrangement on between the two companies, Blizzard recently hosted multiple livestreams via Facebook. The first series of streams centered on Heroes of the Dorm, Blizzard’s collegiate tournament featuring its popular team-brawler Heroes of the Storm. Last week, Blizzard hosted a livestreamed launch event for Overwatch on Facebook.

In preparation for the Overwatch launch, Facebook worked with Blizzard on a mix of Facebook and Instagram marketing solutions, including Carousel ads, Canvas, and Instagram Marquee. Using the platforms’ powerful targeting capabilities, Facebook helped Blizzard present the game to a broad set of gaming and entertainment audiences within Facebook’s and Instagram’s global audiences of 1.65 billion and 400 million people respectively.

Olebe said that more than 650 million people play games connected to Facebook every month across web, mobile, and console.

Facebook is also holding a summit for gaming CEOs this week in London, with a focus on the success of developers in Europe and the Middle East, which are its most popular regions for game developers. 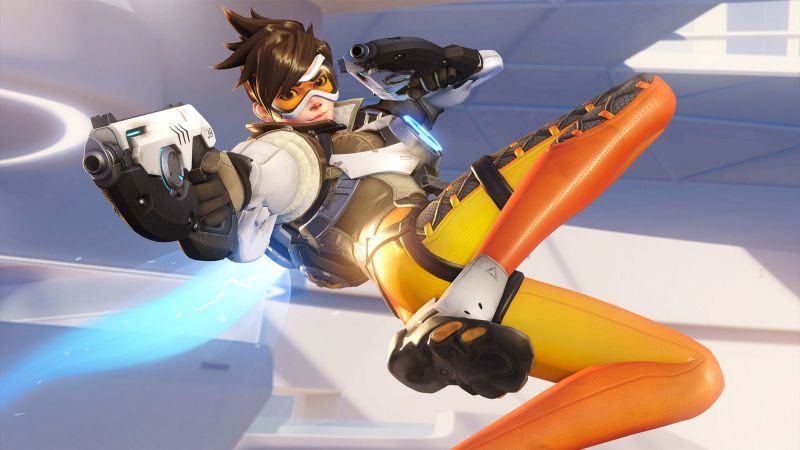