In real life, I’m not a big fan of running. Not to reinforce too many stereotypes about gamers (I won’t tell you how long I lived in my mother’s basement for, if that helps), but running makes me all sweaty and achy.

Mirror’s Edge, though? Mirror’s Edge I like. The original game came out in 2008 and freshened up the industry with its parkour-based, first-person gameplay. Mirror’s Edge was more about running, jumping, and climbing instead of killing people, and it had a wonderfully minimalist look to it. Now, we’re finally getting a sequel (well, reboot, really) in Mirror’s Edge: Catalyst, which comes out for PlayStation 4, Xbox One, and PC on June 7 (I played the PC version).

Just like the original, Catalyst is all about running around a beautiful, yet unsettlingly clean city. It ditches the original’s linear levels in favor of an open world. It seems like a big a change, but the added freedom works to its benefit. 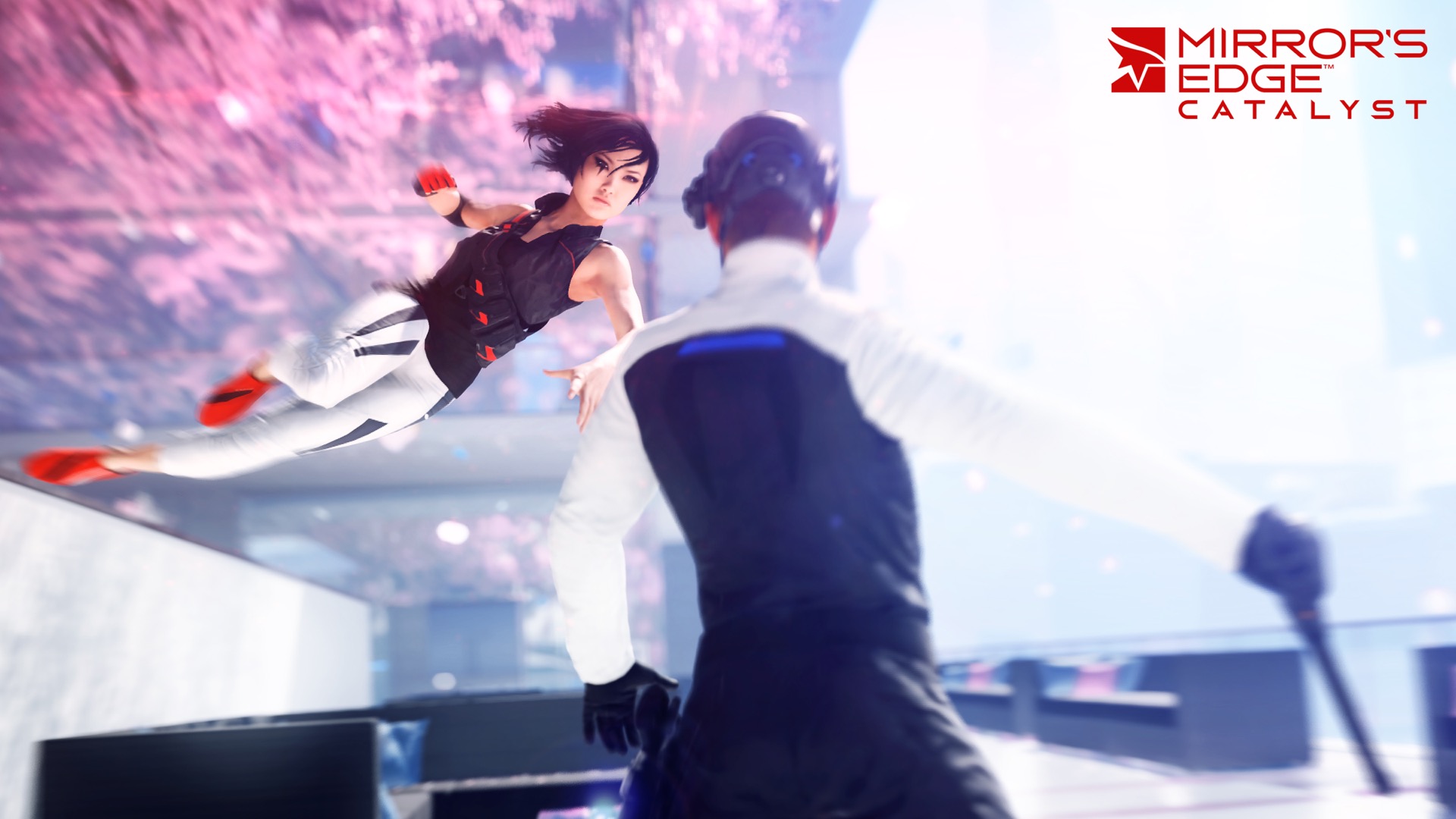 Above: Guess what’s about to happen to his face.

Mirror’s Edge is fun because it turns you into a wall-running superhero. Catalyst’s open world gives you a giant space full of rooftops to explore. Like most open world games, you can run to story missions or distract yourself with side-activities.

The open world structure is familiar to anyone who’s played modern games in the last 10 years, but it suits Mirror’s Edge. Open worlds require a lot travelling, and moving around is the game’s core mechanic.

This is the kind of open world experience where I had more fun just exploring and doing side activities than following the main story, and Catalyst is littered with additional objectives. Even after beating the campaign, I still want to go back and clear the map.

Combat was the original Mirror’s Edge’s biggest problem. While you could fight off enemies with melee strikes, you could also pick up guns and shoot them. The shooting felt out of place, and event the gun-free fighting felt simple. Catalyst has a new melee system that’s all about environmental fighting.

Here’s a typical battle I would have: I’d jump off a ledge, land on one enemy, and take him out immediately. I’d then kick another bad guy on his side, sending him over an edge. Then I’d run up a wall, turn around, jump off, and kick the last baddie in the face. Fights feels dynamic and exciting, and they focus on movement just as much as the rest of the game. The animations are also fantastic. Enemies realistically bump into each other, and the camera even pulls back to occasionally show some cool finishing blows. 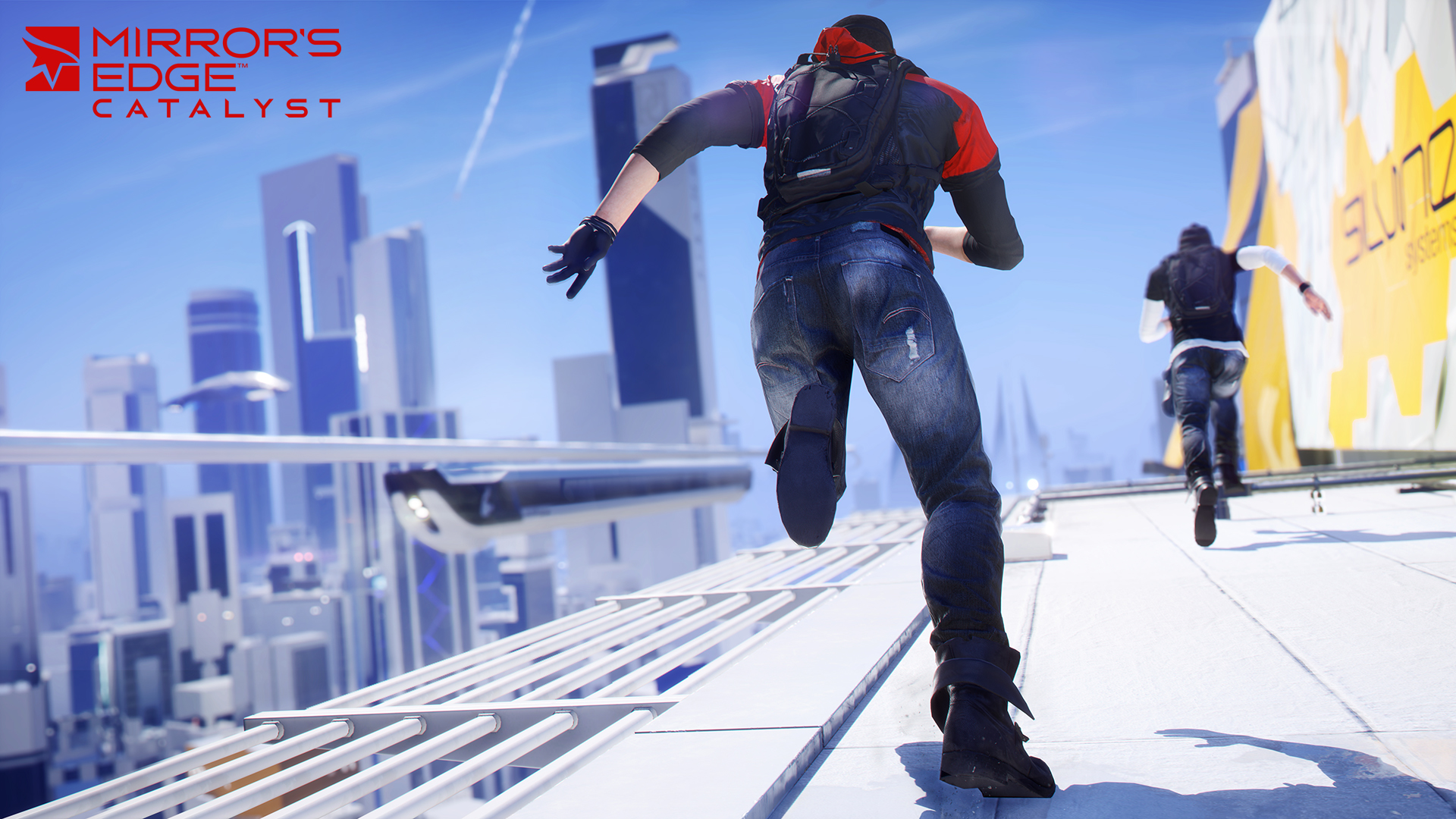 Above: Red is in fashion.

As great as Catalyst plays, its story is filled with tropes that never gel into a compelling narrative. It actually has some good characters, like the socially unaware hacker Plastic and the no-nonsense crime lord Dogen, but the story about an evil corporation trying to brainwash the poor, helpless masses felt uninspired.

It didn’t help that the cutscenes suffered from a bug in my PC version that de-synced the audio and visuals. EA says that a fix is coming, but it’s a pretty big presentation problem to have in a game that’s already playable via early access.

Even without that bug, I didn’t like how abruptly cutscenes would disrupt gameplay. Mind you, they’re a big step up from the Flash-quality cartoons that the original had, but I would have preferred it if the game didn’t leave hero Faith’s first-person perspective. I was yanked out of my role as a parkour genius every time the screen flashed white or black and transitioned into a movie.

I also disliked the ending. I won’t spoil anything, but it was full of cutscenes that should have been playable.

Mirror’s Edge feels best when you’re pulling off many incredible tricks in a row and quickly dashing toward your objective. However, I often couldn’t get Faith to do exactly what I wanted. When I wanted to run across a wall, she’d often jump to her death instead.

Generous check points keep this from being a major issue, but I still became frustrated. Even at the end of the game, I kept falling to my death because Faith would do something unexpected. 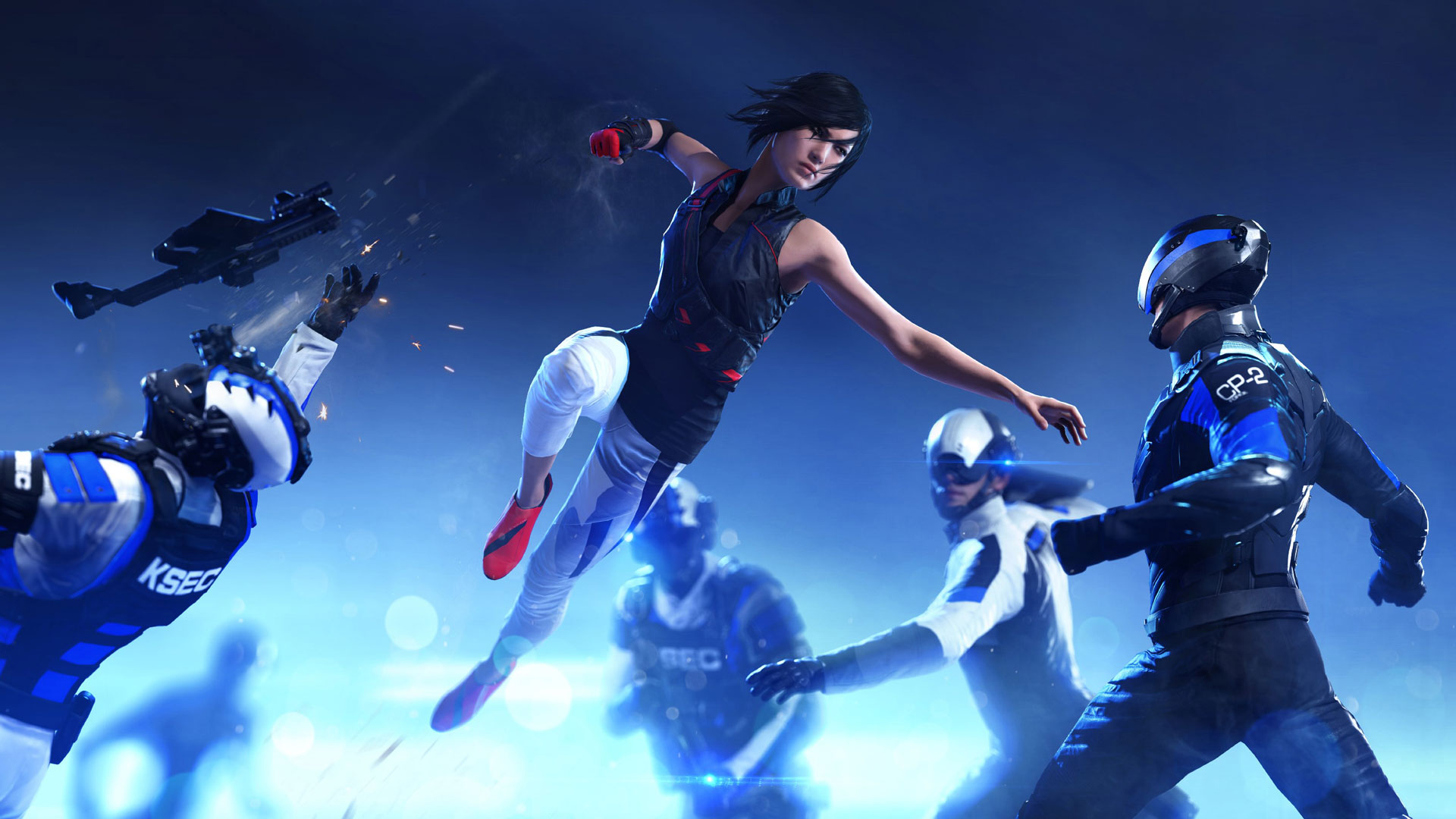 Above: Fighting feels better in Catalyst.

First-person parkour is just as much fun in Catalyst as it was in the original. The new combat is a noticeable improvement, and the open world makes this a much longer experience than its predecessor.

The story just doesn’t live up to the exhilarating gameplay, and a weak, unresolved ending gives a poor final impression. Thankfully, the game can re-enter your good graces once you’re done with the plot, and you can just spend hours running across rooftops for fun. The occasional death-inducing fall will frustrate you, but Mirror’s Edge: Catalyst’s first-person platforming feels so good when it works that you won’t easily give up.

Mirror’s Edge: Catalyst is available on June 7 for PlayStation 4, Xbox One, and PC. The publisher provided us with a PC code for this review.