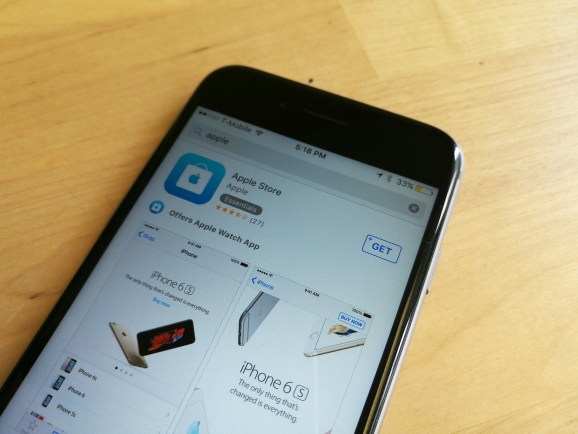 Apple’s App Store has gotten so big since launching in 2008 that apps are getting buried in search results and developers are missing out on users and revenue. Today, Apple announced a new approach to solving that problem: advertising.

That’s right. Ads will start showing up at the top of Apple’s App Store (for U.S. users). The beta program begins this summer, Apple said in a blog post. (In the same blog post, Apple also announced that automatically renewing subscriptions will be coming to the App Store for all app categories in the fall, and that after one year, developers can get 85 percent of revenue, not just 70 percent.)

It’s not a complete surprise, given that Bloomberg reported Apple was looking into the concept of “paid search,” which would put certain apps at the top of search results in exchange for money from developers. And last year, Google took a similar step by bringing search ads to the Play Store. (Google is also moving from a 70/30 revenue split to an 85/15 split, although developers won’t have to wait a year to get that, Re/code reported today.)

But now that Apple’s plans have been cemented and the details of the scheme made public, it’s possible to speculate on how this change could affect both app developers and end users — even if the ads won’t be live for some time.

For users, search ads will be an interesting addition to the App Store. In some ways it will be good, and in other ways, not so good:

It’s good that Apple decided not to lump this in with all of the other announcements it will make at its WWDC developer conference in San Francisco next week. These new search ads are a big addition to the App Store. They’ll have an impact for years to come.