Cloudcade managed to get 1.5 million players for its Shop Heroes game last fall. Now it is launching its biggest update yet with the addition of player-versus-player mode and support for play on the Apple Watch.

It isn’t your usual PvP experience, as the competition here is to create the best shop that you can. If you can make a better store and perform more tasks than your rivals, you win. I know. Sounds like a modern TV reality show.

In Shop Heroes, the goal is to show that you are the best shopkeeper. Cloudcade is launching the Arena mode today, where you can engage in asynchronous battles. Players compete to be the best warrior merchant in the land. Running a shop isn’t peaceful. Indeed, to twist the words of military theorist Carl von Clausewitz, running a shop is another form of war. You can enlist five warriors to battle your rivals. Those warriors can fight each other in hand-to-hand combat. But they can only perform well in combat if you have equipped them properly with your shop’s goods. You can see the fighting below in the video. It’s not exactly like Skyrim, but it should make the app more interesting to those who like this sort of thing. 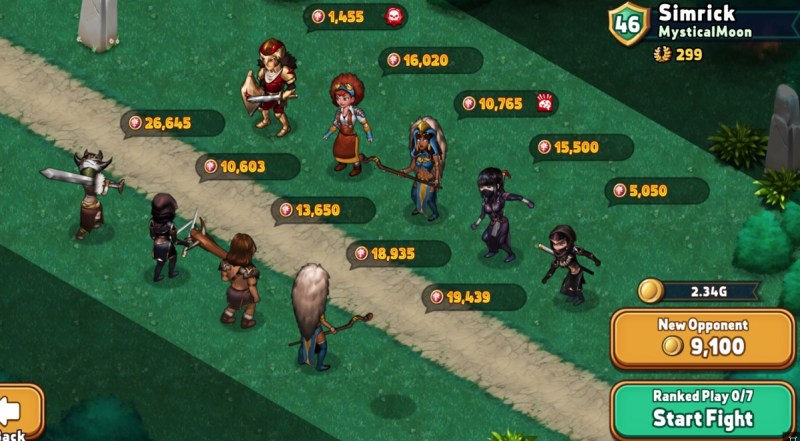 The game is available on the Apple iOS App Store, Google Play, Samsung Galaxy Store, Amazon, Kongregate, and Facebook. And it is now supporting the Apple Watch, which players can use to create, collect, and manage trade offers with a swipe or a tap.

Shop Heroes has more than 650 items that you can craftwith the help of specialized workers like a blacksmith. It has 50 levels.

San Francisco-based Cloudcade was founded in 2013, and it has venture funding from IDG Capital.