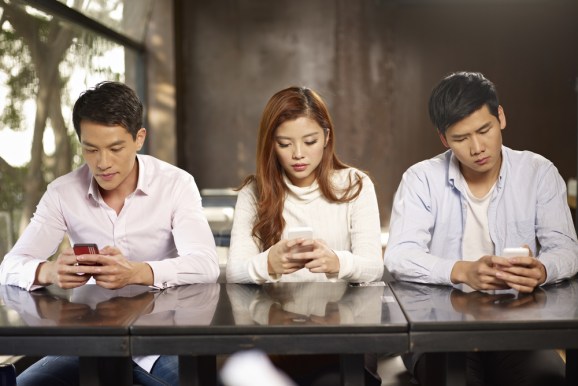 This sponsored post is produced in association with Braintree.

All the world over, people use smartphones and tablets to discover, shop for, and buy a huge array of goods and services. But the world is a big place, so the effects of mobile commerce vary from place to place. Often, mobile commerce stats reveal or underline something deeper about a given market — or region.

Start with something as simple as smartphone penetration (the percentage of people in a given market who have a smartphone). In the Middle East and Africa, penetration ranges from a whopping 91 percent in the UAE (among the highest in the world) to 5 percent in Uganda. You can draw a straight line between the African nations with the lowest GDP per capita and that country’s rate of smartphone penetration. But also, it’s important to note that smartphones in these regions are not just the cheapest—and often the only — device people have, and their only connection to the online world. Laptops are too expensive and home computer connectivity is a barrier.

Speaking specifically of mobile commerce, we know it’s booming in developing global economies, such as Brazil and Mexico, where mobile commerce as a percentage of ecommerce (a good stat for measuring annual growth) indicate billions in growth in the next few years.

In fact, smartphone penetration and mobile commerce adoption aren’t meaningfully contracting anywhere on the planet. Rather, all indicators suggest that mobile commerce will cease to be a percentage of ecommerce revenue and grow to become a multiple of it — within just a few years.

The world’s biggest and richest mobile markets are in Asia-Pacific, where penetration rates are extremely high, and even 72 percent of children in South Korea own a smartphone by the age of 11 or 12. Mobile shopping is pandemic in the region and mobile commerce giants, including Xiaomi, rule the regional roost. There are giants to be found in other regions: Amazon and Tesco to the West and SooQ in EMEA wield similar weight.

There are a few reasons for exponential mobile commerce in APAC countries compared to the West. Credit card penetration is lower there and prepayment for services is well-established — easy to do via your smartphone. Also, tech infrastructure is newer, and without legacy systems to overhaul, mobile payments are tied into everyday life such as transit. As well, commerce in the messaging platform WeChat (with 1.1 billion accounts) is miles ahead of North America; users rely on it to make purchases for everything from paying for a restaurant meal to creating and buying a custom pair of Nikes.

In Australia, where almost every adult has a smartphone, m-commerce is growing at nearly three times the speed of online retail as a whole. And Australians make one in three PayPal transactions via their mobile device.

The synopsis is that the world’s consumers are all headed in one direction: mobile. 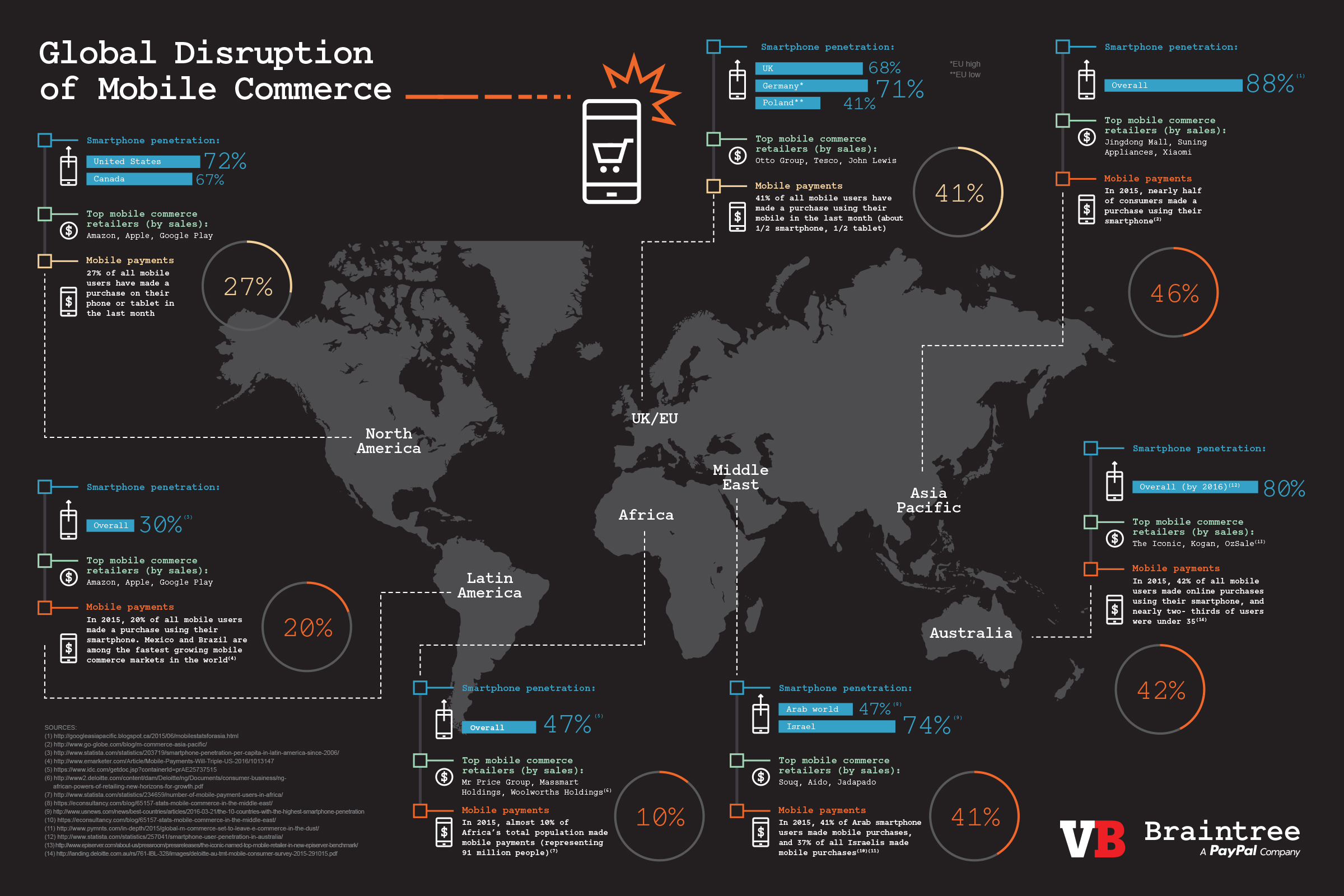